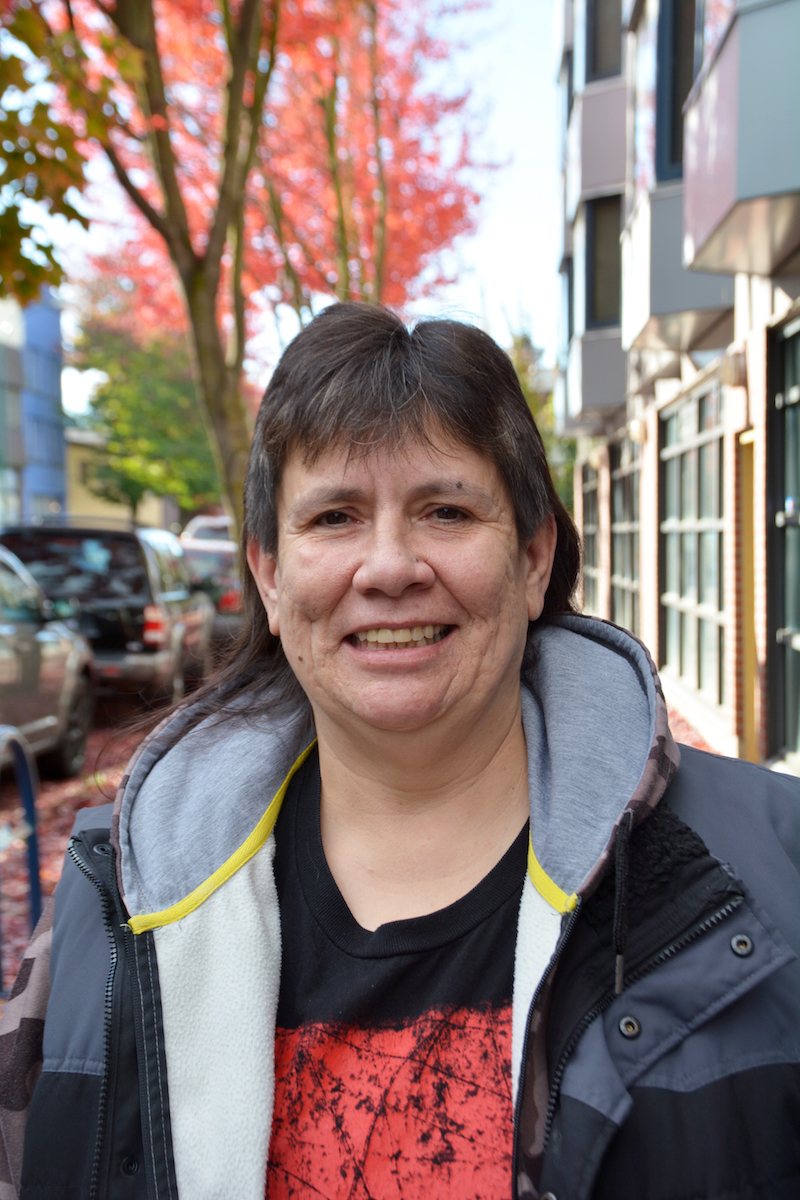 Sandra was a member of the Cree First Nation and was originally from Saddle Creek, AB. She lived in the DTES for more than 20 years.

She was a mother to one son and companion to Corinne Demas (CD).

Sandra and CD were inseparable, according to friend DJ, who knew Sandra for at least 35 years. She says their auras were brighter when they were together and seemed slightly dimmed when apart.

“They were like a married couple in how they made each other laugh,” DJ told Megaphone.

“She was a big fan of ‘Taco Tuesdays’ at Tinseltown,” DJ says.

Members of the team work in pairs, and everyone wanted to be paired with Sandra, DJ says.

Sandra also worked at The Washington Community Market (177 E. Hastings St.), where she was a welcome face at the grocery and sundry store—which supplies pensioners and community members on limited incomes with affordable products in small portions. The store has been serving DTES residents for more than 25 years, creating low-barrier training opportunities for women in the community struggling to overcome poverty and addiction.

“It’s hard to go there without her there,” says DJ, “Sandra could read us like a book—better than we could read her.”

A memorial for Sandra was held Jan. 21 at Glenhaven Memorial Chapel.

About 100 people were in attendance, including family members, friends and DTES service providers who worked with and alongside Sandra.

Many spoke about how she put other people first.

SWUAV colleague Julie Chapman, who is also a Megaphone vendor, wrote the following tribute for her late friend:

Now she is gone and everyone will miss her

Now the Creator has gone and took her

She was with SWUAV for many years

Taken unexpectedly she leaves behind her peers

So many people who cared for our sis

Sandra was our friend, who we all will miss

Sandra will forever be in our lives

Her compassion for others will be our guides