join us donate
LOG IN or SIGN UP
Liquid syntax error: Error in tag 'subpage' - No such page slug join
find a vendor
October 12, 2012

Screen saver: Get your kids away from the screen and into the green 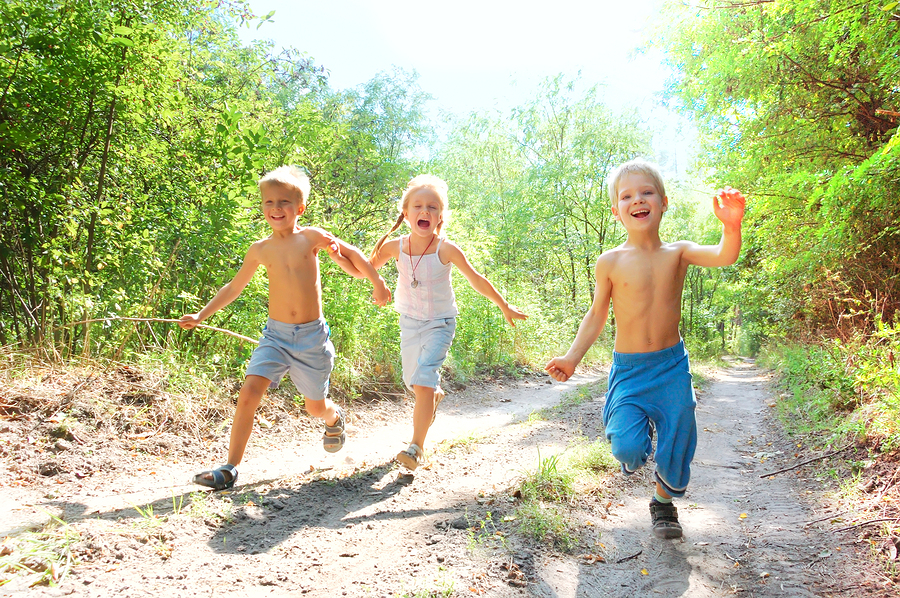 Kids in the woods, image by Bigstockphoto

Pushing our kids out the door may be the best way to save the planet.

In a survey conducted for the David Suzuki Foundation, 70 per cent of Canadian youth said they spend an hour or less a day in the open air. And when they are out, it’s usually to go from one place to another. In other words, it’s just a consequence of trying to be somewhere else.

Nearly half the young people surveyed said they don’t have enough time to join programs that would involve them in outdoor activities.

School, work and other responsibilities make it difficult to do things like kick around a soccer ball or go for a walk with friends in the nearby woods.

For someone of my generation this is almost unfathomable. When I was a kid, being outside was the norm. Rain or shine, our parents would tell us to get out of the house. All those hours exploring the great outdoors made me more resilient and confident.

As a teenager in London, Ontario, my sanctuary was a swamp. I’d return home at the end of a day, often soaking wet and covered in mud, with my collection of insects, salamander eggs and turtles. That piqued my interest in science. Making tree forts and lying in  fields watching the clouds stimulated my imagination and creativity. Being outside made me a happy, healthy kid and made me feel connected to the world around me. As a father, I also encouraged my kids to enjoy time outdoors, and one of my favourite activities now is exploring nature with my grandchildren.

In just a few generations, life has changed dramatically for children. Now, they can’t seem to find the time to play outdoors. They sit in front of screens for long periods of time. The gap between the time kids stay inside with electronic devices and the time they spend outside is widening.

A U.S. survey by the Kaiser Family Foundation found young people are engaged with entertainment media for an average of seven and a half hours a day. Over seven days, that’s longer than the average workweek.

We can’t blame children for occupying themselves with Facebook rather than playing in the mud. Our society doesn’t put a priority on connecting with nature. In fact, too often we tell them it’s dirty and dangerous.

As parents, grandparents, uncles and aunts we need to start getting out into nature with the young people in our lives. Families play a key role in getting kids outside. The David Suzuki Foundation survey found that youth were 20 per cent more likely to take part in outdoor programming or explore nature on their own if they spent time outside from an early age.

Younger teens reported that getting outside with their families was the best way to connect with nature. Older youth were more likely to explore nature spontaneously, on their own or with friends—likely because parents relax restrictions and allow them to do more of what they want.

And what they want is fun and adventure, at least when it comes to being outside. More than half the youth said they enjoy spending unstructured time in nature. They want to be outside in their neighbourhoods with their friends catching bugs, watching birds or riding bikes. This is great news.

What we need to do is encourage them—and sometimes just get out of their way.

We need to make sure our neighbourhoods have green spaces where people can explore their connections with nature. We need to ask teachers and school board representatives to take students outside regularly to incorporate the natural world into everything they learn. And we need to stop making the outdoors scary for children.

If we don’t, we’ll never raise the next generation of environmental stewards to help protect and celebrate the wonders of nature. After all, people are more likely to look after something they have come to know and cherish.

Parents need to remember all the fun times they had outside as kids. They need to trust their children, and kick them out the door like my mom did. Our survival may depend on it.