join us donate
LOG IN or SIGN UP
Liquid syntax error: Error in tag 'subpage' - No such page slug join
find a vendor
March 24, 2011 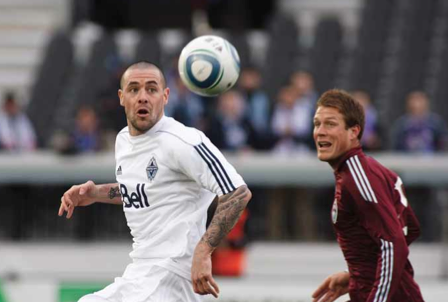 This month, the Vancouver Whitecaps made their Major League Soccer debut against the Toronto FC at Empire Field. The ascension of the Whitecaps to the MLS (the top professional soccer league in North America) signals a new high period for the game in this province. It’s been a rocky climb to the top, however.

The sport has experienced ebbs and flows in popularity over the past four-plus decades, with multiple teams playing in multiple leagues, each to varying degrees of success.

But this newest iteration of the Whitecaps (and their impending move to a refurbished BC Place) may be the first step toward the sports’ coming dominance in this city. Megaphone looks back at the game's sometimes checkered past on the west coast.

The Vancouver Whitecaps were formed in 1973 and would entered the North American Soccer League (NASL) in time for the 1974 season. The Whitecaps played their first game on May 5, 1974. They debuted for a crowd of 18,000 people at Empire Stadium against the San Jose Earthquakes, losing 2-1 in a shootout.

One of the players was Bob Lenarduzzi, who had turned 19 four days earlier. He would become one of the best soccer players Canada has ever produced, and would eventually appear in more NASL games than any other player.

In 1979, the Whitecaps pounded out a dramatic win over the Tampa Bay Rowdies in New York to win the North American Soccer League Championship. They were the first professional sports team in Vancouver to win a championship. Trevor Whymark scored both goals (one off each foot) in Vancouver’s 2-1 victory.

“Whymark has been,” Jim Taylor wrote, “the catalyst, the trigger, the missing piece in the marvellously improbable soccer story that has taken Vancouver by the heart and squeezed it as no other sports event has before.” One hundred thousand fans greeted the team on its return. 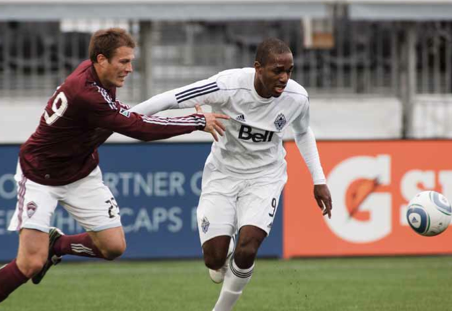 The Whitecaps were unable to defend their NASL title after 1979. The early 1980s would mark a fallow period for professional soccer in the city. Despite regular season success, early playoff exits were de rigueur.

In 1983, the Whitecaps hosted the first event at just-opened BC Place Stadium, defeating the Seattle Sounders in front of over 60,000 spectators. It was one of the last high points for the team. The following year would be the last season for a while for the Whitecaps, and the final for its parent organization, the North American Soccer League. When the NASL folded, the Whitecaps—and other teams—also died.

The Vancouver 86ers soccer club arose out of the ashes of the Whitecaps. “They relied on local talent to take on the rest of Canada’s best in cities such as Edmonton, Calgary, Winnipeg, Toronto, Hamilton, North York, Ont., Ottawa and Montreal," soccer writer Jack Keating wrote. “Under the direction of coach Bobby Lenarduzzi, the 86ers would rapidly became the most successful soccer team in Canada, giving Vancouver a team that rarely tasted defeat in the Canadian Soccer League. The 86ers would capture four consecutive CSL championships from 1988 to 1991 and set a raft of records along the way, including an incredible 46-game (37-0-9) streak without a defeat from June 8, 1988 to August 8, 1989.”

The 86ers carried their dominance of the CSL in the 1990s. “Canadian soccer has never seen the like of the Vancouver 86ers. Dominating Canadian soccer like no other franchise, the 86ers added to their prestigious record Sunday, October 6, winning a fourth consecutive Canadian Soccer League Championship with a resounding 5-3 victory over the Toronto Blizzard," wrote the Province’s Jack Keating.

“The 86ers struck like a bolt of lightning, scoring twice in the first three minutes to the delight of 5,692 fans at Swangard Stadium.” This was a great year for Vancouver’s Domenic Mobilio, too: he became the most prolific goal scorer in the Canadian Soccer league, including a CSL record of 25 goals in 28 games. That earned him league MVP honors.

Two years following the victory, the CSL folded, and the 86ers moved to the American Professional Soccer league. Lenarduzzi resigned his position as head coach of the team to focus on the Canadian men’s national squad. There would be no more championships in the 86ers future. 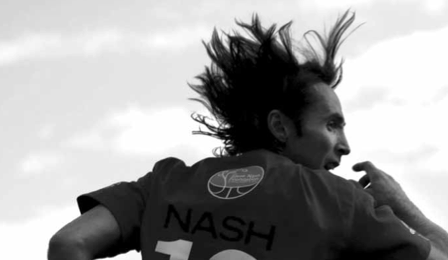 On October 26, 2000, after widespread public support, the 86ers formally changed their name back to the Whitecaps after their new owner, David Stadnyk, purchased the naming rights from former NASL Whitecaps director John Laxton.

The club would move to the United Soccer League (USL), and, in 2006, return to their winning tradition. They won it all again in 2008. The men’s team had surprised many with their earlier win that season in a friendly against MLS club LA Galaxy, and carried that momentum all the way through to the championship. It was a memorable playoff run which culminated in the Whitecaps first championship final at Swangard since the 1992 CSL season.

Major League Soccer commissioner Don Garber announced on March 18, 2009, that Vancouver would be the home of the 17th team in MLS, with the new side to start their inaugural season at Empire Field. It was also announced that the new team would make a renovated BC Place their new home.

On March 19, the Whitecaps made their MLS debut against Toronto FC. They will open the newly refurbished BC Place on October 2.