join us donate
LOG IN or SIGN UP
Liquid syntax error: Error in tag 'subpage' - No such page slug join
find a vendor
April 19, 2011

Spare Some (Social) Change?: Harm reduction and the realm of reform 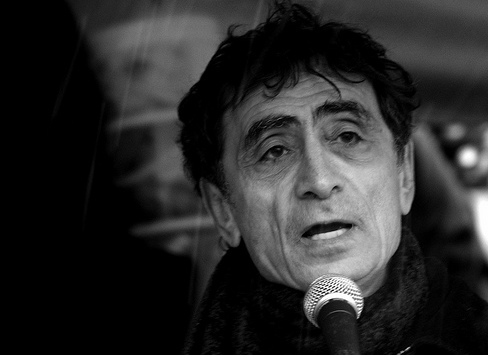 I am a young Native guy. My biological mother was forced into a residential school and then drank herself to death trying to kill the pain, meanwhile passing on to her son (whom she never met due to adoption) a legacy of intergenerational impacts that I would not begin to understand until they were already doing significant damage in my own life.

I have lived on the street. I’ve been to jail. I’ve got a record for assaulting cops. I’ve lived in the Downtown Eastside, shooting up in the alley, harsh flailing out and suffering the suicidal terror of drug-induced psychosis. Indeed, I’ve man- aged to shove a hell of a lot of angst and misery into my short 33 years on this beautiful planet.

And then, lo and behold, I found a reason to stop and change. And lucky me, so far it seems to be working. But it was certainly not easy and I must never forget where I came from.

Perhaps that is the reason I asked Megaphone if I could cover what is probably going down as one of the most inspiring stories yet for this time and place.

“I really can’t talk long or big, but I just talk from the heart.” — Shelly Tomik

“I think this is the first time I’ve done this straight!” — Dean Wilson

Dean Wilson and Shelly Tomik of the Portland Hotel Society were the two opening speakers at “In the Realm of Reform: Drugs, Laws and Social Change”, a fundraiser for Pivot Legal Society hosted by W2 Storeyeum, the Vancouver Area Network of Drug Users (VANDU) and the Portland Hotel Society. The emcee for this unique event, which drew about 200 people, said these two friendly and passionate local drug users would probably “go down in history”, referring to the upcoming Supreme Court of Canada case being heard May 12, 2011, on whether or not to keep Insite, Vancouver’s safe injection site, open. Both Dean and Shelly will be witnesses for the defense of harm reduction approach to addiction and both they and their group, VANDU, will be represented by Pivot. For free, of course.

The next speaker was Lorna Bird, a fellow Cree and president of the Western Aboriginal Harm Reduction Society. Lorna has been a major activist for VANDU, since losing two daughters and two brothers to addiction related causes. “Anybody who uses drugs should be allowed to intoxicate their body as they see fit, as long as it’s not hurting somebody else. I really do stand by that.”

Of course, harm reduction is not just about letting people use whatever they want. It’s about safety, and about a very strong, yet marginalized community coming together to say "we will not judge, and since people are going to use anyway, we might as well try to keep them safe, so that maybe we can avoid another HIV/AIDS epidemic like we had a decade ago in this neighbourhood." And that seems like a very simple and genuine concern. Unfortunately, politics and law enforcement, by virtue of sheer negligence and moral haranguing, have turned it into a very complicated societal travesty.

Katrina Pacey spoke on behalf of Pivot Legal Society and I liked the energy this woman had. All verve and humanitarian hardiness for the unique revelatory activism of defending addiction, legally, as a health issue rather than a criminal issue. Which seems logical.

“What we’re talking about is health and human rights,” she said. “Pivot is fighting for, along with all of our allies, a massive paradigm shift in the way we look at drug addiction, drug use and drugs in general.”

See? Energy. Cool. But is the current paradigm even so obvious? “I want you to think about the fact that we are all drug users and the question really does come down to ‘how does society treat us and how do the laws treat us?’” said Pacey.

I have not yet been in trouble with the law for drugs (at least not any that I’m gonna go and publish), but I know lots of people who have and, as a matter of fact, I ran into one right before I attended this fancy little soiree. He is still the same and a very good bro of mine, so I stopped and the first thing he did was warn me about cops. This bro is fairly hardcore, so I didn’t bother going on about how I’m sober now and off to a big wine and cheese yuppie rally on his behalf.

He looked like he was probably on Day Three, at least, and he may have misunderstood and taken offence or something. I’ve seen it all in this town, believe me.

Anyway, without further adieu, may I present the night’s main event: Dr. Gabor Maté! (The crowd goes wild!) I have wanted to see this guy talk for, literally, years and I really enjoyed his share. In fact, he said things that I have been thinking for years. Stuff about my own people, natives! I was amazed! An internationally renowned doctor and best- selling author on the highly controversial issue of addiction, was up on stage in front of a packed house of $15 ticket holders saying things like “We’re punishing these people for having the trauma that we inflicted on them!”

It was great. One point about us indigenous peoples that the good doctor shared, the one I most relate to from a “reform” kind of realm, is the fact that before first contact, aboriginal people had fairly crime-free, addiction-free and sickness-free societies that functioned holistically on the intuitive idea that consciousness is a spiritual gift and thus deserves respect. He also talked about trauma and the multiple faces of addiction (drugs, sex, gambling, food, money, power) and how all of it comes down to a simple question of social justice.

And I thought of my friend, in the alley being harassed by cops. One of the nicest, most respectful guys I’ve ever known who happens to have years of trauma built up in his heart, a guy who looks out for women and does drugs, but does not sell them or do any other sort of crime, (unless you count binning, which the cops do). I thought, I wonder if he’ll make it; I wonder if he’ll even be allowed to make it, allowed to work through whatever he has to in order to forgive an unfair world.

I sure hope so.

Nicolas Leech is a participant in Megaphone's community writing workshop. This spring Megaphone's needs to raise $5,000 to help keep this program running. Please make a donation to this invaluable project today!