join us donate
LOG IN or SIGN UP
Liquid syntax error: Error in tag 'subpage' - No such page slug join
find a vendor
March 22, 2019
by Paula Carlson follow this author
photos: Spirit and resilience
feature 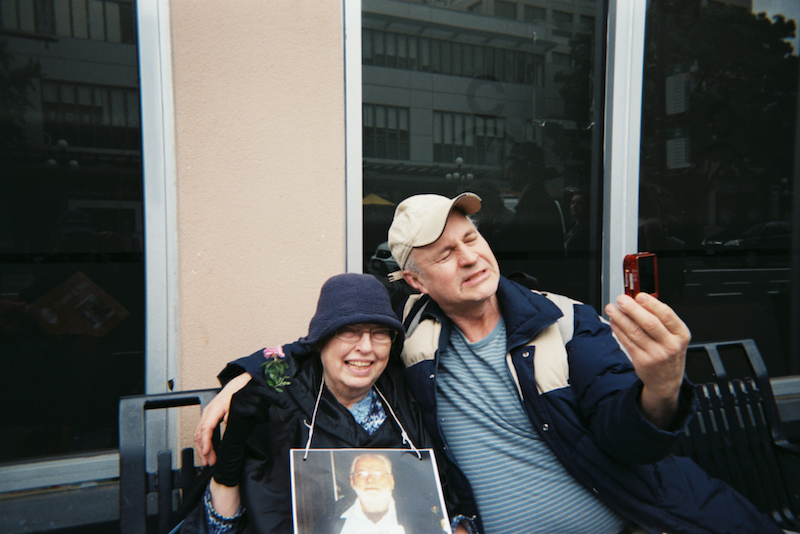 There’s a bench in Victoria at Douglas and Fort Streets, right at the bus stop in front of Coast Capital Savings, located in The Bay Centre.

You might not know it, but that’s John’s bench.

John Chomyn was a longtime Megaphone vendor who passed away in April 2018. But not before endearing himself to scores of customers and fellow vendors alike.

Vendors such as Ted Hawryluk, who refers to his late friend as no less than a sage.

“He is the guy who introduced me to the third edge of the coin,” Ted says. “He helped me decide on many ‘heads or tails’ issues—heads I do this, tails I do that. He showed me that there are three sides to a coin (the edge) and perhaps

I should reconsider the issue I'm perplexed about.”

John may well have been Victoria’s longest continuously working street paper vendor, having sold at his post for nearly 15 years, first for Victoria Street Newz not long after it launched in 2004, and then for Megaphone when Street Newz stopped publishing in 2014.

“John was the key man, he was the person you went to see,” Ted says. “I called him my newspaper guru because he knew what was going on. He told me what to look for, you know, traffic flows... that type of stuff. 'Where are you going to locate yourself as a vendor of a newspaper? Where are you going to sit?' ”

For this particular shot, Ted captured a pair of John Chomyn fans, Sheila and Kelly, as they sat on the infamous bench and reminisced. Sheila had known John quite well, and Kelly, who was visiting from Calgary, had asked Ted what he wanted to do.

“I said I wanted to do something special, you know? This was John’s seat, let’s remember him. And that is why in the picture, we are carrying his picture [around Sheila’s neck].”

It was the best way Ted could think of to honour “Johnnie.”

That, and the title he chose, which is the same as the theme for this year’s Hope in Shadows calendar: Spirit and resilience.

“He really could tell you everything,” Ted says of his late friend, “but he always gave his time to give you a thoughtful answer. I’d like to thank him very much for teaching me there is a third side to every coin.” 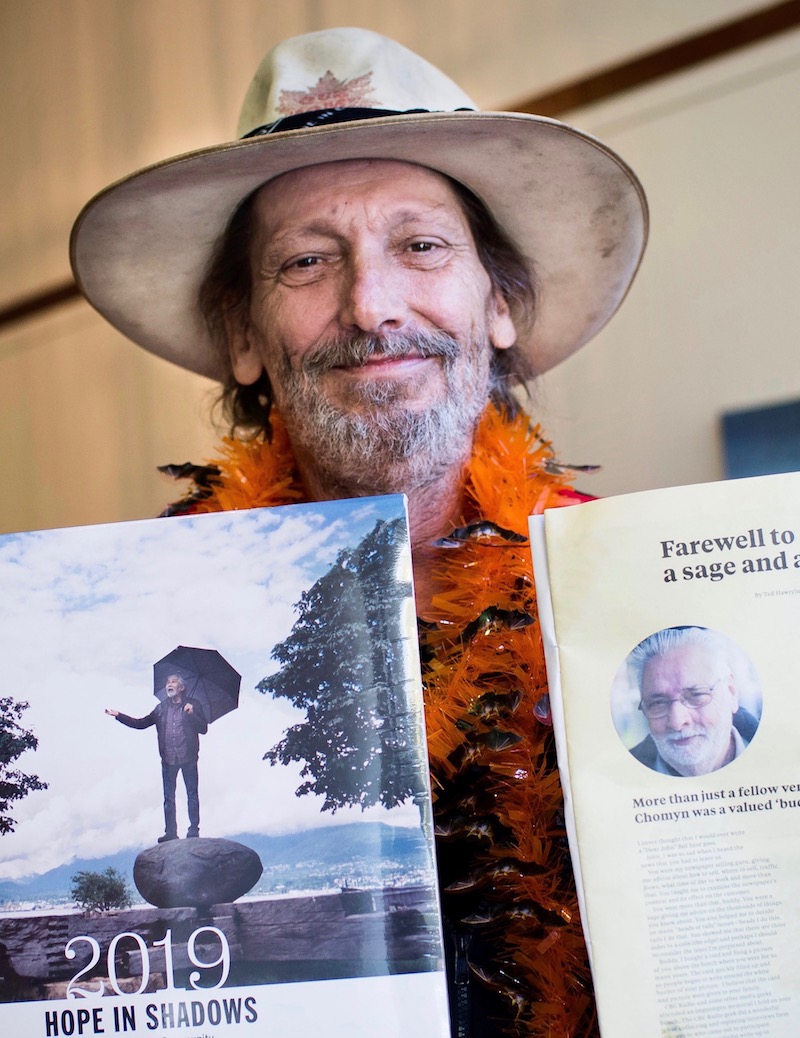 About the photographer: Ted Hawryluk is originally from Edmonton, Alberta and now calls Victoria home.

back, and once we go through [Active Pass], and I start to look at areas like Saanich and you know the ferry is about to dock, I am so happy to be home. ‘Cause this is my home. I am leaving boots first.”

Ted enjoys watching TV, wood carving and clay work, and being an active part of his community.

He sells Megaphone and Hope in Shadows calendars outside the Market on Quadra and Yates Streets.