join us donate
LOG IN or SIGN UP
Liquid syntax error: Error in tag 'subpage' - No such page slug join
find a vendor
March 23, 2018

by Megaphone follow this author
photos: Photo courtesy of the Union of BC Indian Chiefs.

For the second time in two years, Megaphone wanted to make space in this issue for people and organizations who have worked tirelessly to make a difference in their communities. Given it’s the month of love, we wanted to honour those we believe are deserving of a little extra recognition. 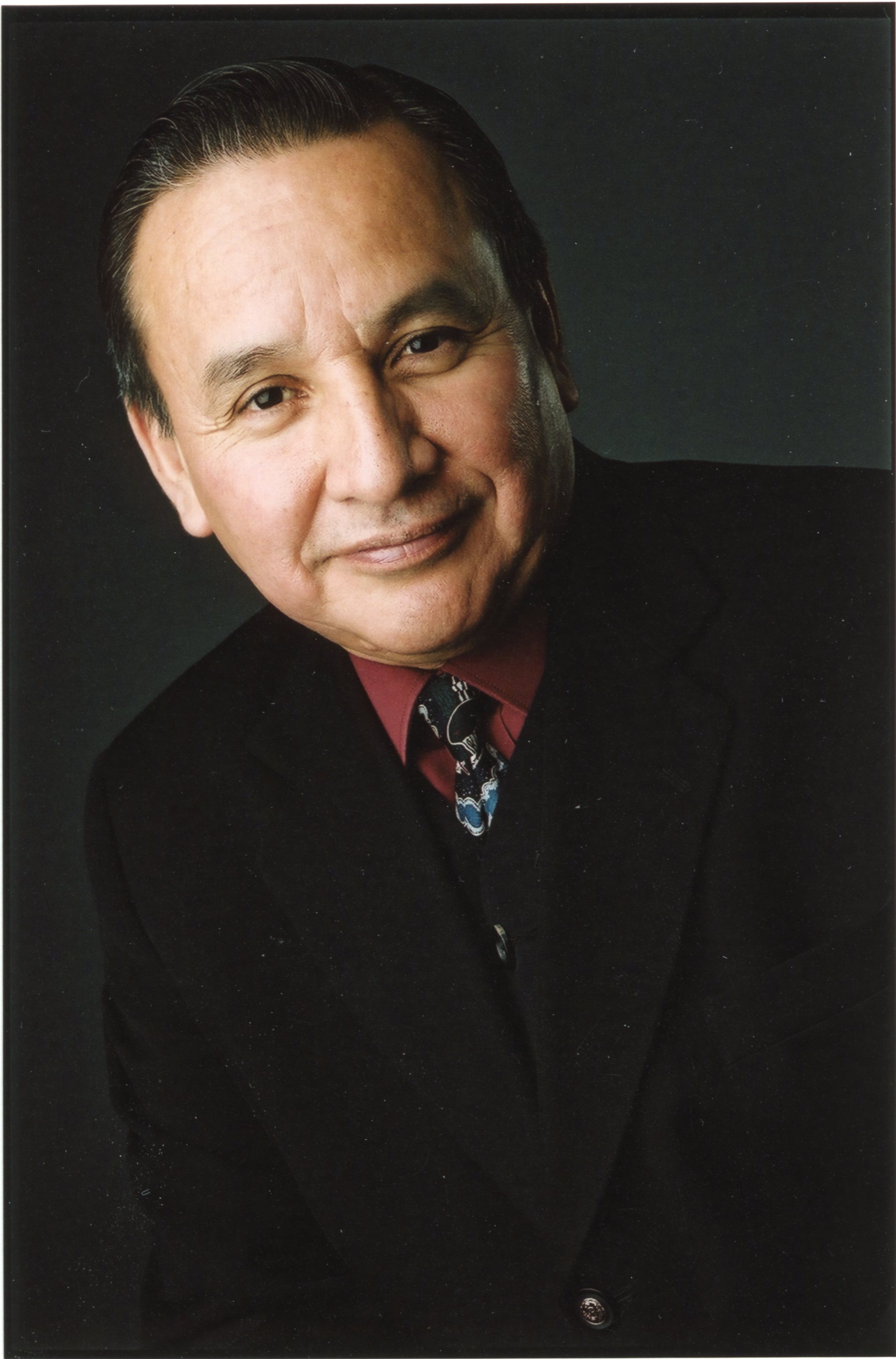 Grand Chief Stewart Phillip has been on the forefront of protecting Indigenous rights in B.C. for decades. For 15 years he has served as president of the Union of BC Indian Chiefs where he has worked on education, climate, and civil rights issues—from the Site C dam to pipelines, to territory rights. This past year, he advocated on behalf of West Moberly Nations opposing the Site C dam. He’s also a vocal critic of the Kinder Morgan Trans Mountain pipeline expansion project. He was awarded the 2017 Eugene Rogers Environmental Award by the Wilderness Committee and named to Vancouver Magazine’s list of 50 most powerful people. He declared this year Battleground 2018 in light of these energy projects that are being hard fought by Indigenous communities across the province—calling on the governments to live up to their election promises to recognize Indigenous title.

“As the days start to grow longer, there remains a smoldering, undiminished sense of determination, inspiration and hope in our hearts as we approach battleground 2018. There is no justice for Indigenous peoples without climate justice. We have been here and we will always be here.” — Grand Chief Stewart Phillip 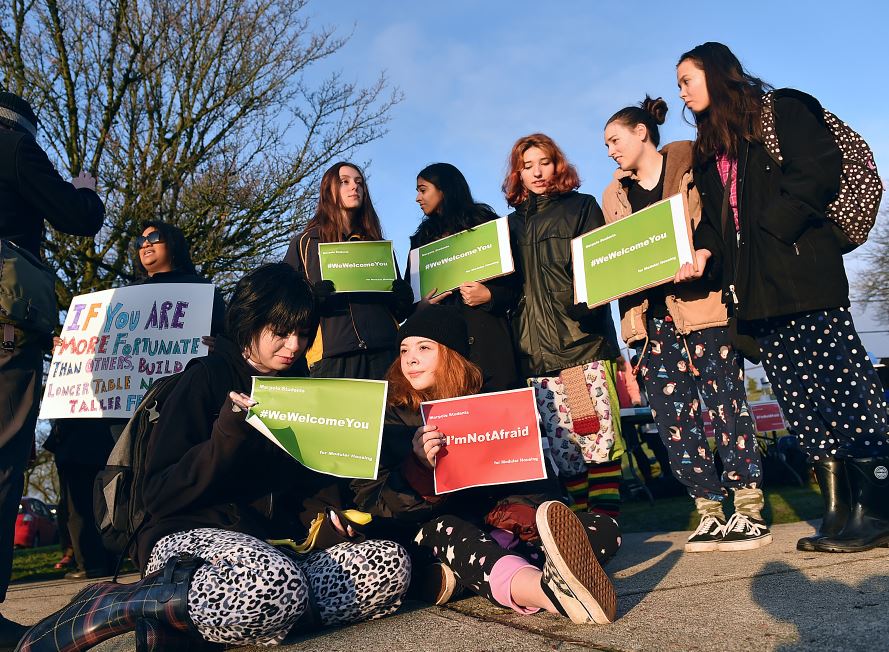 When a modular, social housing project for homeless people was announced in the Marpole neighbourhood, it was met with a wave of Not In My Backyard (NIMBY) protesters who said it wasn’t a right fit for the neighbourhood due to its close proximity to the nearby school. And when a mysterious Facebook group cropped up, started by an unknown source, called Marpole Students Against Modular Housing, some students from nearby schools who were actually in support of the housing decided it was time to say something. In response, they created Marpole Students for Modular Housing in an effort to have their voices heard—and to welcome the future residents to the neighbourhood. “Our page was cheekily created in geography class as an antidote to this sentiment,” says Helen Colliander, a Grade 12 student and one of the coordinators of the group. The students held a welcoming rally in December, and intend to host another one when the tenants move in. They will be delivering food to the new residents, hope to see an affordable grocery store in the area open, and are working to establish a mentorship program and get small business owners or professionals involved to help their new neighbours integrate too.

“Our main priority is making sure the people moving in are treated well, feel welcome, and feel like they’re part of this community, which they absolutely are.”

Tenants rallying in Victoria and Vancouver 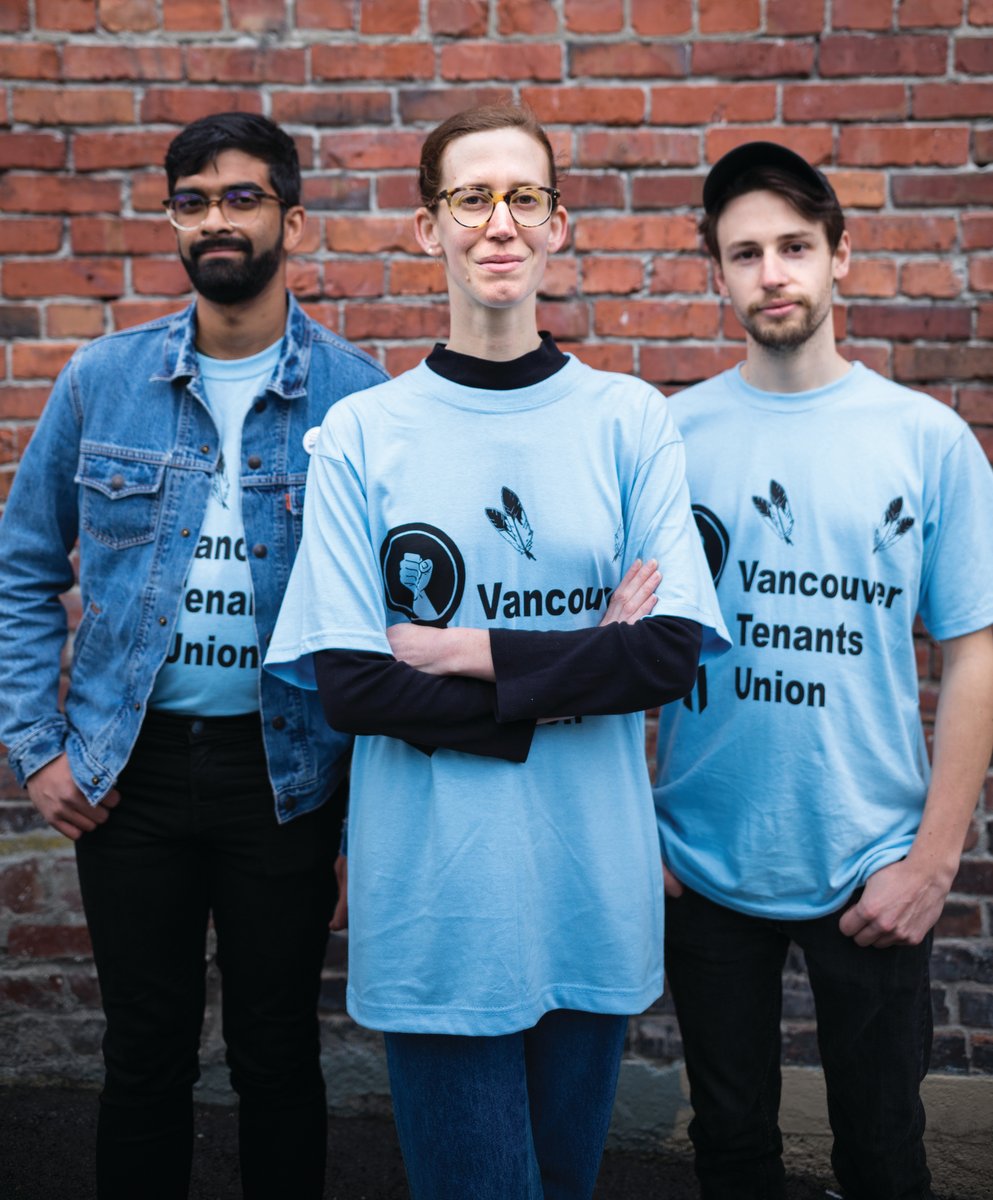 It’s no secret that the affordability crisis in both Vancouver and Victoria is impacting tenants who face displacement, unobtainable housing, demovictions, and renovictions, and it’s only getting harder. In response to the 0.5-per cent vacancy rate, fixed-term leases, and horror stories facing renters, last year the Vancouver Tenants Union and Victoria Tenant Action Group formed to organize people who often face these problems in isolation of each other. The union started with 500 members and continued to grow. Both the union and action group kicked off by mobilizing tenants and certain buildings where landlords were working to evict older tenants paying more affordable rents. But the groups also organized to provide a much-missed voice in the housing debate that is often dominated by developers, landlords, and homeowners. As a collective, the groups hope to get the attention of decision and policy-makers to change the housing climate in the cities to a more balanced one where homes are a right and not just a commodity.

“We are trying to encourage a feeling of collectivity by bringing people together so that they don’t feel so alone in their housing struggles. 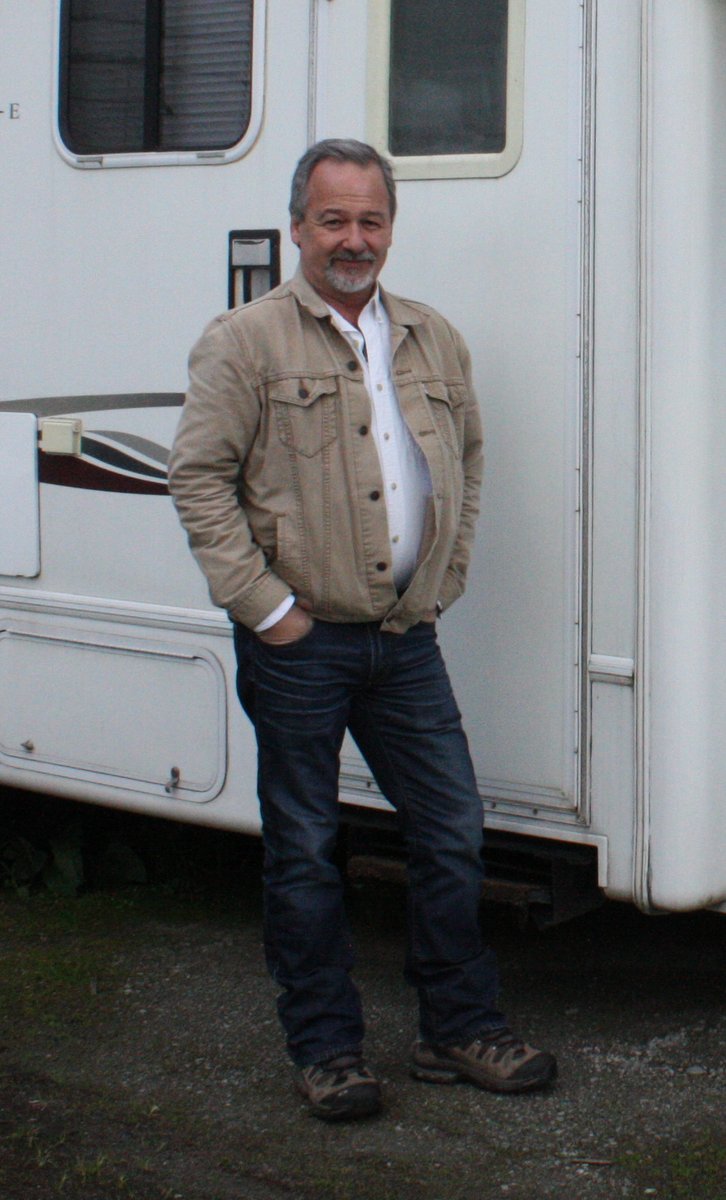 A unique farm-to-recovery program in Victoria is being forced to close down this year due to the Agricultural Land Commission, but its legacy will be remembered fondly by those who utilized the 193-acre site to change their lives. Woodwynn Farms was created as a local solution to the homelessness and drug crisis, but it was also a working farm with a market, selling organic produce with a café, animals, and woodworking shop. People experiencing homelessness or an addiction to drugs were welcomed to the farm to take advantage of services until they—peers and program leaders—felt ready to leave. Over the years, the program saw 60 participants with 50 per cent of those people successfully completing the program in one year, according to Richard LeBlanc, Woodwynn founder. Residents lived in 13 motor homes, farm, woodwork, and form a community that LeBlanc was hoping to grow—up until the commission made its decision to shut them down last November. Despite the closure, we wanted to recognize the hard work and effort that went into Woodwynn Farms to give people an alternative when facing mental health, addiction, or homelessness.

“Homelessness is getting worse, the overdose crisis is getting worse … and I think we need to take some fresh approaches. We’re having the biggest epidemic—possibly in the history of Canada—and it’s not getting the attention it needs.” — Richard LeBlanc, Woodwynn founder.

Since you're already here: We’re working hard to create more low-barrier work opportunities while we build support to end poverty. The best way to help us create lasting change is by purchasing Megaphone Magazine every month from a vendor. Buying a magazine each month helps that individual vendor make ends meet, and it helps us build community power to make big-picture social change.

Finding a vendor has never been easier! Visit our homepage to view our vendor map, or download our mobile app to find vendors and make cashless purchases.