join us donate
LOG IN or SIGN UP
Liquid syntax error: Error in tag 'subpage' - No such page slug join
find a vendor
August 23, 2011

Stirring Argument: The densification debate in Vancouver heats up 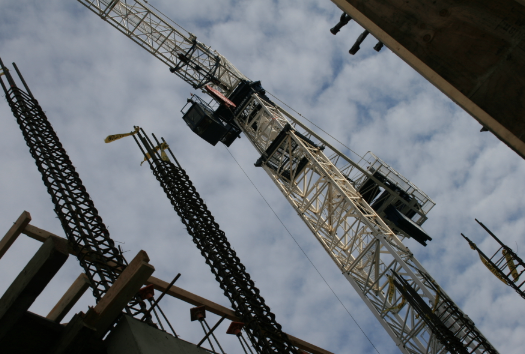 In housing-obsessed Vancouver, the way new homes are planned and built reflects a host of civic issues more widespread than the simple construction of a new apartment building. It raises concerns about affordability, the balance of power at City Hall, the growth of the region and how the demographic makeup of Vancouver is changing.

The City’s two-and-a-half-year Short-Term Incentives for Rental (STIR) program is reaching what is intended to be the final stages of its trial. While planners, developers and city councillors have embraced STIR for its developer-friendly incentive package to encourage high-density rental construction, the program has drawn fire from neighbourhood associations across the city.

Droves of community groups have jammed the speaker’s list at council meetings and public hearings on spot rezonings and development permit applications under STIR since the program’s inception in June 2009. At the time, Vancouver city council approved the program in efforts to address a lull in purpose-built rental housing construction during the economic downturn.

STIR gives rental-housing developers discretion on increased density, expedited permit processing and unit size. It also gives them breaks on rental property assessment, the development cost levy and the number of required parking units in a new building. But critics say STIR serves developers and not community interests, and it offers no guarantee of the deep affordability that feels like an endangered species in the city.

Widespread frustration has been the order of the day among both citizens and city council members when hashing out the finer points of STIR at council meetings. A particularly long meeting in July 2010 resulted in Mayor Gregor Robertson infamously cursing out a group of West End community advocates.

“Who are all these fuckin’ hacks, man?” Robertson said to Vision Vancouver councillors Tim Stevenson and Heather Deal. He had forgotten his microphone was still live in council chambers. “Are they NPA hacks?”

The group was called West End Neighbours, a neighbourhood association that had formed in response to STIR-related spot re-zonings in the West End. Members felt the addition of condominium high rises in the former location of a heritage building and church would negatively impact the neighbourhood.

The City of Vancouver communications department did not respond to Megaphone’s request for an interview. But a host of community advocates came forward to share their views on how the City of Vancouver has tackled the project of fitting a square peg in a round hole—that is, building new rental housing in a seemingly inhospitable housing climate.

Sandeep Johal helped co-found Residents Association of Mount Pleasant (RAMP) Vancouver in April this year. The five-year Mount Pleasant renter was frustrated by what she felt was an ineffective public consultation process around a new high-rise development at Broadway and Kingsway.

“It doesn’t fit with our neighbourhood,” she says of the 19-storey tower slated for the vacant lot across from Our Town Cafe. “I chose to live in Mount Pleasant because it is a heritage area, it has low-rise buildings, and it is a diverse neighbourhood. The idea of having a structure that large in this heritage neighbourhood, it would kill the vibe of the neighbourhood and affordability as well.”

STIR units fail to guarantee affordability or livability, Johal adds. Since developers get discretion on unit size, “that means they can make smaller units to cram more in there,” Johal says. “Families can’t live here. Maybe it’s too small for a couple. You’re really limiting who can actually live there.” 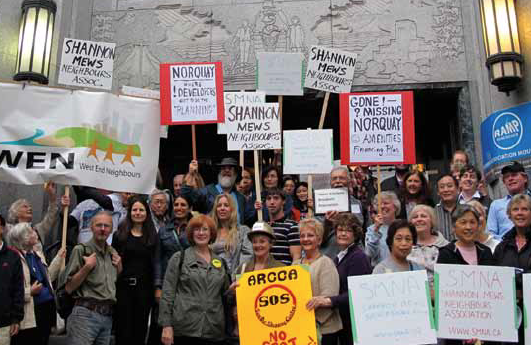 RAMP member Stephen Bohus says he wasn’t interested in politics “at all” until the Vancouver Park Board threatened to close the Bloedel Conservatory and city council adopted the STIR program in recent years.

Spot re-zonings and STIR, he says, violate the City’s zoning bylaws and official development plans created for each neighbourhood, which Bohus says should be treated as measures of predictability for how neighbourhoods should grow.

Those predictable measures of height and density are thrown out when it comes to spot re-zonings and developer-incentive-driven STIR projects. And maximum increases in both height and density now seem to be a norm rather than the exception.

“The problem in Vancouver is that land is so expensive. The reason why land is so expensive is because we have all these spot re-zonings,” Bohus says. “Developers and speculators and investors, they all know that the [City of Vancouver] planning department accommodates, more or less, their wishes for additional development. And that really drives up the price of property.”

“They’ve united people from the Downtown Eastside and Shaughnessy”

Neighbourhood groups from across the city rallied on the steps of City Hall on July 26 in advance of what would be three nights of public hearings. The hearings eventually resulted in city council approving a proposal by Wall Financial Corporation to redevelop Shannon Mews from a 164- to 891-unit residence on 57th and Granville. Hundreds of people gathered at the rally to voice concerns about highdensity redevelopments in their own neighbourhoods.

“The residents were never consulted, only business leaders were consulted, and then they said it was unanimous,”

A former resident of the Central Street homeless shelter before moving into a single-room occupancy hotel, Stuart publicly thanked City Hall for one thing during his speech: “They’ve united us,” he told the crowd. “They’ve united people from the Downtown Eastside and Shaughnessy.”

A case for change at City Hall

Longtime community activist Ned Jacobs is no stranger to civic issues and their discontents. His late mother, Jane Jacobs, was a pioneering urban critic who authored The Death and Life of Great American Cities, a famous critique of 1950s urban renewal processes in the United States. Jane’s son now resides in Vancouver’s Riley Park neighbourhood and has been prolific in his community organizing efforts to promote smarter planning and more inclusive citizen engagement in city processes.

Jacobs spoke on behalf of Neighbourhoods for a Sustainable Vancouver at the July 26 rally. “We have no strategy of how this city is being developed or how it’s being planned,” he said. “This isn’t election season just yet, but we’ve got to start thinking about that.”

Instead of a program like STIR that gives developers what Jacobs calls “tax holidays,” Jacobs calls for city council to adopt an inclusionary zoning policy that would increase the overall rental housing supply.

“Rather than providing the special program, incentives that developers can do, you have across-the-board policy that says all multi-family development, say, over a certain size, has to include a certain percentage of purpose-built rental units,” Jacobs told Megaphone in a phone interview from his home.

“No matter where you are in the city, you would be introducing purpose-built rentals as part of the mix. Every neighbourhood would get them. You’d have a greater diversity and presumably allow for a greater diversity of tenure and of income in different parts of the city by having this policy.”

But Vancouver is a long way from achieving a model like that, Jacobs says. After all, real estate developers financially support municipal political party campaigns.

“A council of 11 just can’t do the work,” Jacobs says. “You’ve got to expand the number and you have to have a ward system for civic democracy to flourish here. And I just don’t see that on the horizon, and I find that very disappointing.”

Planning for the future

Not all Vancouver residents are members of the neighbourhood associations that have packed council chambers over the last few years. Reilly Wood rents in Mount Pleasant and disagrees with organizations like RAMP and West End Neighbours.

“I just can’t agree with anybody who thinks that the response to unaffordability is to build less housing, or to prevent new housing from being built,” he says. “I would be totally open to some sort of remediation process for lower-income residents or anything like that. But preventing new housing near transit from being built seems incredibly backwards and also regressive in the long-term strategy.”

Wood lived in Japan for two years and was struck by the density and income mix of its urban centres. “I’ve been wondering why it’s been so difficult for Vancouver to develop the same sort of very dense housing infrastructure, transit infrastructure,” he says.

Current re-zoning applications like the one on Kingsway and Broadway offer the opportunity to develop more housing around transit hubs, he says. To him, change is good.

“They don’t really seem to be proposing any positive solutions for Mount Pleasant,” Wood says of RAMP. “They do just seem to want to keep it the way it is, which really bothers me. I love Vancouver, but I don’t think it should stay the way it is forever, or it should never change.”

In regards to affordability concerns associated with STIR, Wood is concerned that limiting the amount of housing raises prices.

“Thirty years from now, do people think Vancouver’s going to be more or less expensive if it has 10,000 fewer housing units?” he says. “The project [at Broadway and Kingsway] is out of most people’s reach now, but in 50 or 60 years, there’s no way it’s going to be luxury housing.”

STIR-ing up an election issue

With a November municipal election on the horizon, we can expect to hear more from citizens on what direction they think the City should take in regards to planning, housing, redevelopment, and public engagement in coming months.

“Sure, people can line up and speak at public hearings. But none of that impact is really making a difference in a decision-making process. The decisions may have already been made. Or, at least, that was the general feeling.”