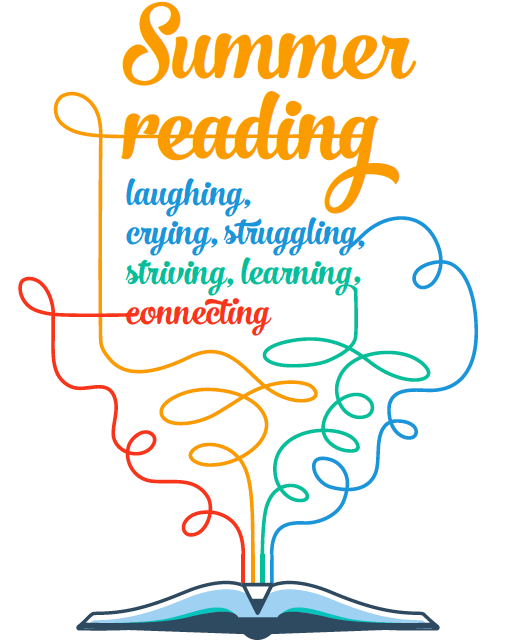 Memoirs offer a glimpse into authors' lives, where despite the differences, you may see reflections of yourself.

Megaphone is back with its annual must-read summer books list, but this time we’re getting personal, with a selection of five recently published Canadian memoirs. We invite you to witness new worlds and experiences, or maybe even see yourself in the pages. From Lindsay Wong’s dark humour in The Woo-Woo: How I Survived Ice Hockey, Drug Raids, Demons, and My Crazy Chinese Family, to Terese Marie Mailhot’s poetic rage in Heart Berries, be ready to be entertained, moved and inspired. Here’s our top picks to bring to the beach (or campsite, deck, park or lunch break):

From the Ashes: My Story of Being Metis, Homeless, and Finding  My Way, by Jesse Thistle

Fresh off the press in August is From the Ashes: My Story of Being Metis, Homeless, and Finding My Way, a memoir by Cree-Métis scholar Jesse Thistle. This book details Thistle’s life story from childhood to his rise from homelessness and becoming one of the country’s leading scholars.

“It’s a story about identity and not knowing oneself,” he tells Megaphone. “It’s a story about being alienated through no fault of your own, through things like child services, adoption and disconnection from family, and how that translates into homelessness, incarceration, experimentation with drugs, and a bunch of poor choices.”

The project was borne out of Thistle’s recovery in Alcoholic Anonymous, where he was asked to write about what had happened during his childhood, his time on the streets and in jail. He collected the stories as miniature journal entries and put them in a blog. 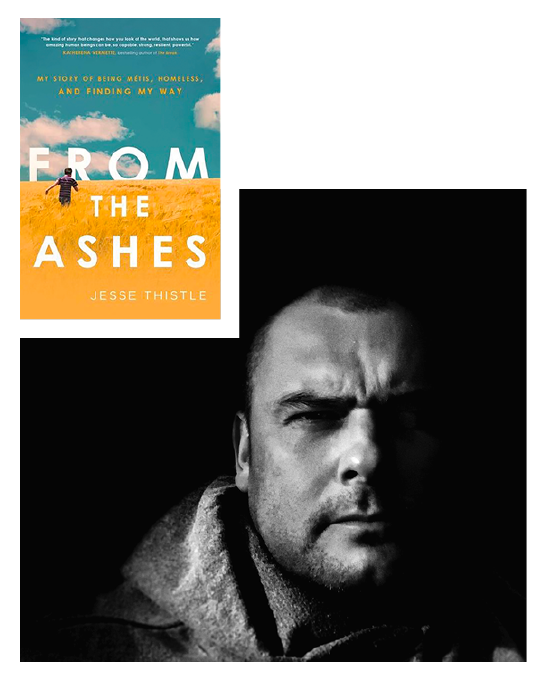 “It happened all by accident. I didn't think anybody was reading them. I was surprised to see that people actually wanted to hear this story.”

Thistle is a historian by training and an impressive one at that. Initially functionally illiterate from spending years on the street, he’s currently a PhD candidate in history and an assistant professor in equity studies at York University in Toronto, as well as a Pierre Elliott Trudeau and Vanier Scholar and a Governor General silver medallist.

In addition to his academic work, Thistle is the newest board member at the Canadian Alliance to End Homelessness.

Thistle told CBC Radio he has come to understand homelessness through an Indigenous lens, which includes a dispossession from a web of relationships through the colonial process, such as residential schools and broken treaties.

The way that most Canadians understand homelessness is about not having a house to live in, Thistle says.

“I realize it is more about a dispossession from something called ‘all my relations,’ which is an Indigenous world view where everything is interrelated, interconnected.”

For Thistle, From the Ashes is an end in itself, a testament to the person he once was. But he also hopes it might help others with loved ones who are caught in the throes of addiction, crime or incarceration know that there is always hope.

“Understanding, love, community and connection—that’s the answer back into the circle. That’s how I got sober off the streets and found a home. Through the love of my wife, the community that built around me in rehab and the community I met and became part of.” 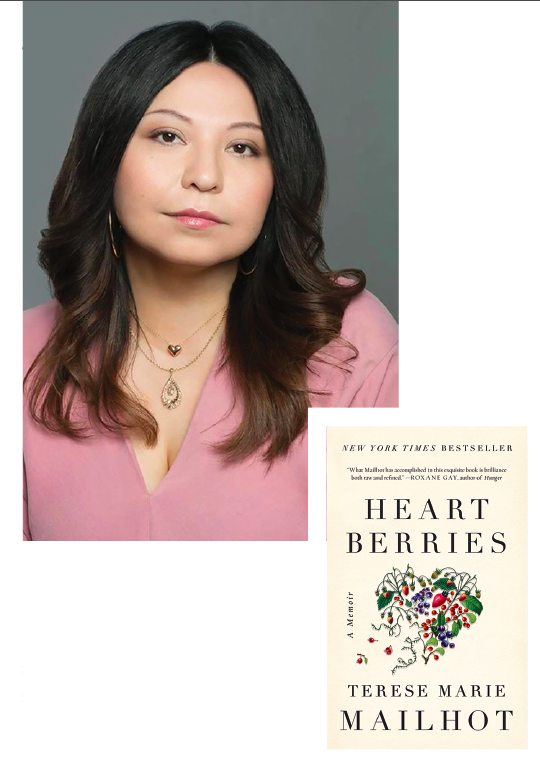 In 160 pages, the author delves into her life on the Seabird Island reservation in British Columbia, wading through deep issues such as intergenerational trauma, abuse and addiction in a way that’s raw and vulnerable, but at the same time poetic. The memoir, which has received high critical acclaim, is a memorial to Mailhot’s mother, who had a difficult life and became a radical activist in the ’70s.

“She taught me everything I know, and failed me sometimes, especially when it came to her choice in men. The book honours our complicated relationship and the abuse I experienced, and it also explores what it’s like trying to love when you've never really seen a healthy example of love before,” Mailhot says.

“So, it looks at things like mental health, generational trauma and the legacy my mother left me.”

After surviving a dysfunctional upbringing, Mailhot found herself hospitalized and facing a dual diagnosis of Post Traumatic Stress Disorder and bipolar II disorder. Heart Berries is the product of writing her way out of trauma. The book is structured as a series of fragmented stories—mirroring what trauma can do to memory.

“Telling the truth is always hard, but there’s always something gratifying about it,” Mailhot says. “I felt like I had lived in the lie that nothing was wrong for a long time. It made me  feel sick. I needed to purge all that to enter a new stage in my life. I needed  to make art of my life to honour it.”

Mistakes to Run With: A Memoir, by Yasuko Thanh 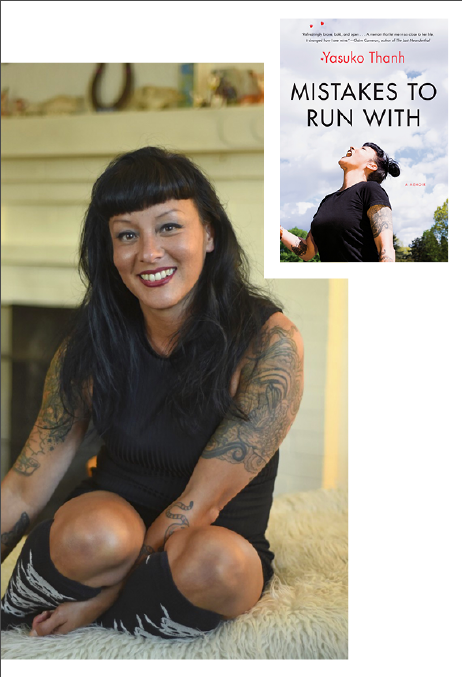 Victoria-based author Yasuko Thanh made her name with her 2012 short story collection Floating Like the Dead and the award-winning 2016 novel Mysterious Fragrance of the Yellow Mountains.

Mistakes to Run With is her first memoir, a devastatingly frank book that chronicles her turbulent life, from early childhood in the closest thing Victoria has to a slum, to teen years as a sex worker, and finally, to her emergence as an award-winning author.

According to Thanh, Mistakes to Run With is a book of secrets. Some have to do with embracing evangelical religion, only to rebel against it and her parents, cutting herself, smoking and shoplifting. Others have to do with her time as a sex-traded juvenile on the streets of Vancouver, where she endured beatings, arrests, crack cocaine and an unplanned pregnancy.

“It is a memoir that tries to look at stigmatization, especially in the context of people who live on the margins of society,” Thanh says. “It’s also about identity, the ways in which it is shaped not only by what we’ve been through, but what we remember, and how we remember it.”

Thanh says she’s always been writing, as a way to process her experiences and to make sense of what she’s been through.

“The memoir ended up becoming a way to excavate myself and find meaning in what otherwise might have been random events following each other. We give those events meaning and the process of setting down one thing next to another imposes an artificial chain of causality that the author can examine.”

Me, Myself, They: Life Beyond the Binary, by Joshua M. Ferguson 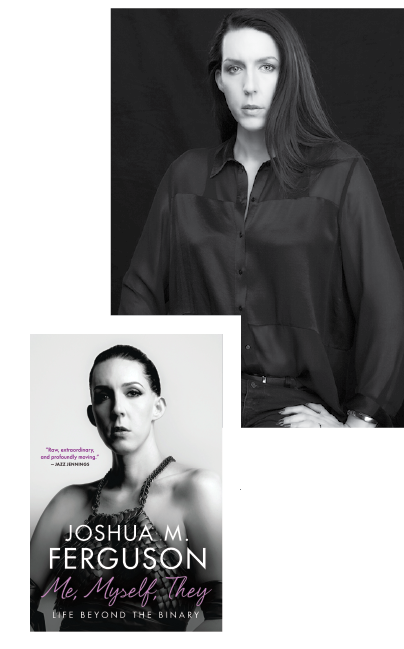 In 2018, Joshua M. Ferguson made history by becoming the first person to receive a non-binary birth certificate with an
“X” designation in their home province of Ontario. Their debut work Me, Myself, They: Life Beyond the Binary chronicles Ferguson’s story of transformation to become the celebrated non-binary filmmaker, writer and advocate
for transgender rights they are today.

Beginning with their birth and early childhood, the writer, filmmaker, advocate and alchemist recounts the complex and often challenging evolution of their identity, including traumatizing experiences with gender conversion therapy, bullying, depression, and sexual and physical assault.

But Ferguson’s story is above all about survival, empathy and self-acceptance.

“It’s a memoir infused with a hope for the expansion of empathy,” they explain. “The book takes the reader through my journey of self-transformation—not one related just to gender, but also my sexuality, creativity and strength through the transformation of my trauma.”

By combining personal reflections on what it feels like to never truly fit into the prescribed roles of girl or boy, woman or man, with an informed analysis of the ongoing shifts in contemporary attitudes towards sex and gender, Ferguson calls for recognition and respect for all trans, non-binary and gender non-conforming people, and an inclusive understanding of the rich diversity of human identity.

“The trials and challenges we face in life may be unique to our own life experiences, but so often they are connected in ways. And in these connections… similarities, we can begin to come together and understand each other from a place of compassion and respect.”

The Woo-Woo: How I Survived Ice Hockey, Drug Raids, Demons, and My Crazy Chinese Family, by Lindsay Wong 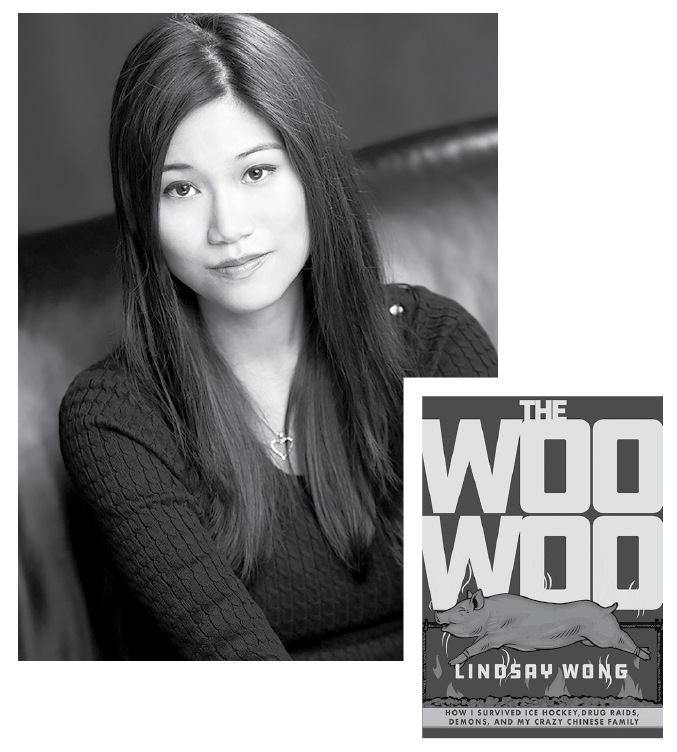 Lindsay Wong’s debut book The Woo-Woo: How I Survived Ice Hockey, Drug Raids, Demons, and My Crazy Chinese Family is a memoir about a young woman coming of age in a dysfunctional Asian family whose members blame their woes on the “woo-woo”—Chinese ghosts that come to visit in times of personal turmoil.

Laced with wit and dark humour, the book unpacks the Asian immigrant experience and provides a harrowing and honest depiction of the vagaries of mental illness.

“No one ever mentions mental illness, especially in Chinese culture,” Wong says. “I have friends who won’t even tell their parents they see a therapist for depression or anxiety because  they know they will be dismissed or judged. Their parents would say, ‘Don’t tell anyone. It’s so bad. We will fix it ourself.’ And in  my family, they’d say, 'It’s the woo-woo. We don’t have to talk about it.' "

Wong grew up with a paranoid schizophrenic grandmother and a mother who was deeply afraid of the woo-woo. From a young age, she learned the power these ghosts had in her life, such as when she was six years old and lived in the food court of her suburban mall—a safe haven where she and her mother escaped the dead people haunting her house. Or a few years later when her mother lit Wong’s foot on fire while on a camping trip in an attempt to rid her of demons.

These stories, while exploring the very serious consequences of untreated mental illness, are also imbued with dark humour.

“That’s always been part of me, to really look at things and find the absurdity in them, because if you can't make something light out of something really dark, there's no way that you would be able to get through a bad place. And for the reader, it provides moments of relief.”

Since its release in 2018, The Woo-Woo has received the Hubert Evans Nonfiction Prize, was nominated for the Hilary Weston Writers’ Trust Prize and was a CBC 2019 Canada Reads finalist.