join us donate
LOG IN or SIGN UP
Liquid syntax error: Error in tag 'subpage' - No such page slug join
find a vendor
February 07, 2011 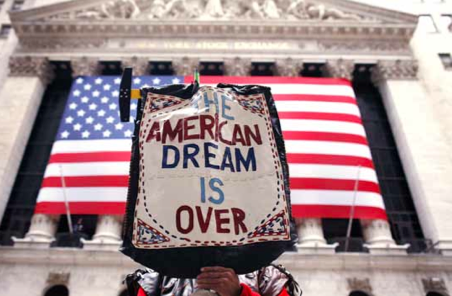 Billionaire Warren Buffett was an unlikely class warrior last year when he said that rich people, like himself, should be paying higher taxes.

It’s an issue that Buffett, the world’s third-richest person, has actually been arguing for some time—often pointing out that he somehow pays a lower percentage of taxes than his secretary. And as North America continues to struggle with the fallout from 2008’s financial meltdown, it’s a problem that Canadian authors Linda McQuaig and Neil Brooks tackle with their recent book, The Trouble With Billionaires.

While McQuaig, a Toronto Star columnist, and Brooks, a University of Toronto tax professor, might cut Buffett some slack, they argue that the growing wealth of the ultra-rich is creating a gross imbalance that is hurting our economic and social well-being and our democracies.

To make their point, the authors use a dizzying flurry of statistics to show just how much more money the rich have made over the past 30 years—the top one per cent of Americans went from making about eight per cent of the national economy in the 1970s to 24 per cent today. McQuaig and Brooks do a good job outlining how this shift in wealth has been detrimental to North American democracy—in a 2005 report to investors, Citigroup stated that the U.S. was now a plutocracy.

While raising taxes is still a political nightmare (see Obama’s attempt to quash the Bush-era tax cuts for the rich), McQuaig and Brooks say the Canadian, U.S. and British governments need to raise and tighten taxes on the rich in order to create healthier and more egalitarian societies. As governments struggle with high unemployment rates and huge budget shortfalls, it certainly is a compelling argument—made all the more so by the fact that Wall Street, which caused the financial meltdown, continues to enjoy record payouts.

But what makes this book contentious is that the authors don’t just stop at explaining how the rich have been making so much more than everyone else—they make a moral argument that the rich don’t deserve their wealth.

Using Bill Gates as one example, McQuaig and Brooks try to show how his obscene wealth was the product of good fortune and cunning manipulation rather than genius and invention. While also a compelling argument, it can seem a bit of a stretch at times and the authors might have been better to just stick at outlining the gross financial disparities.

Not surprisingly, The Trouble With Billionaires is just one of many books that have come out over the past year about income inequality. With the bottom 90 per cent of society struggling in this new economic reality, more of us are looking at the ultra-rich as part of the problem, and not as an inspiration.