join us donate
LOG IN or SIGN UP
Liquid syntax error: Error in tag 'subpage' - No such page slug join
find a vendor
May 09, 2011 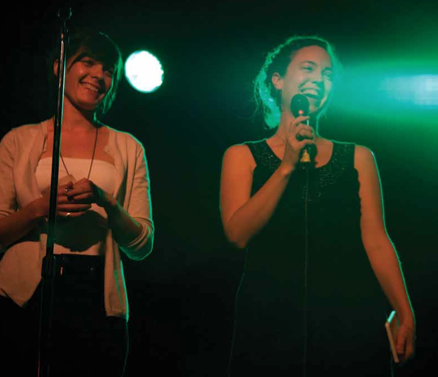 Lizzy Karp is passionate about stories. It’s fitting then, that our conversation should start with a story.

Meeting one morning over coffee, Lizzy Karp tells me about her previous night’s adventure at the Vancouver Art Gallery with Karen Pinchin and another pair of friends.

It’s an adventure that involves the four illicitly racing through the Ken Lum exhibit before ultimately, and hilariously, being kicked out of the gallery. Karp is animated, smiling, while Pinchin, who has joined us, watches her with a slightly bemused look on her face. Everything about the pair is revealed in this anecdote, from how Karp recounts the story to how Pinchin listens.

For Karp, this is exactly why storytelling is important. “It’s a natural way to connect,” she explains. “Karen and I met and fell in love with each other by telling stories.”

Karp and Pinchin are the co-founders and organizers of Rain City Chronicles, a series of storytelling nights featuring a diverse assemblage of Vancouverites. So, yes, it’s apropos that our interview would begin with a tale. 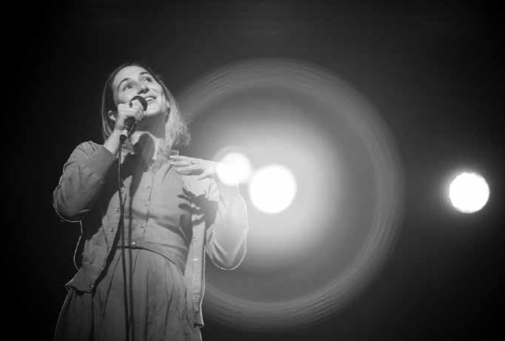 Begun a little more than a year ago, Rain City Chronicles was conceived by Karp and Pinchin over a conversation in Pinchin’s kitchen. At the time, both were recent Vancouver transplants, having uprooted themselves from Ontario, and were frustrated by the guardedness that was prevalent amongst so many people in their new city. Making friends and building a community was proving a challenge.

“We had this group of friends—artists, musicians, writers— all working on their own islands, but never connecting,” explains Pinchin. “These amazing people didn’t have any way to meet. We thought, what do all of these people have in common? Stories.”

Embracing their newfound west coast enterprising spirit, the pair set about creating a storytelling series that they could hold across the city. They offered up their own stories first, performing at the inaugural event, but since then have been able to pull yarn-weavers from every walk of life to fill out their storytelling roster.

While the prospect of baring your soul on-stage (without written notes to help you along) may seem intimidating, each storytelling night they’ve held so far has been loaded with a dozen performers from all walks of life. “There is this hunger, this need, to share,” explains Pinchin.

Far more challenging is actually deciding on whom to ask to take the stage.

“It’s easy when coming up with a lineup to simply pick comedians and performers, but the non-performers can be so surprising,” says Pinchin. “We recently had someone who had never performed in front of an audience before, but when he told his story, he had everyone on the brink of tears.”

Karp stresses that “we want stories that will reflect diversity, so that’s what we look for in storytellers.”

It’s not just about the storytellers, however. The pair are quick to point out that just as much consideration is put into the audience experience. After all, their mission is to create connections between people, not simply provide a venue to be heard.

“The storytelling approach is really about top-down community building, one relationship at a time,” Pinchin says. “Instead of looking at every person there as just a large audience, we’re looking at them as collection of individuals looking to connect. They’re not just there, passive.”

Karp agrees. “As you’re listening to a story, you’re not just thinking about [the storyteller’s] experience, you’re having something to relate to.” 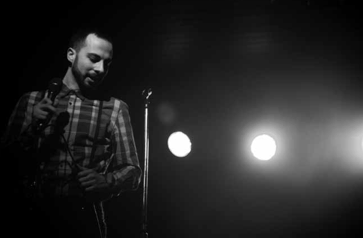 It explains why Vancouverites have been quick to embrace the storytelling series. Each event sells out, with as many as a couple of hundred people attending depending on the venue. Despite the large numbers in the audience, the intimacy of the storytelling has not been lost.

Pinchin recounts one event after which she was approached by a woman in the audience. “She was barely able to speak, she was so moved,” she says. The emotional impact is so strong, Pinchin explains, because we are “always so busy, and our lives are so structured. When you have a chance to connect, it’s important and meaningful.”

Each night of storytelling, events which are held a few times throughout the year at various locations in the city, is anchored on a single theme. But, like the storytellers themselves, the narratives are divergent.

A recent evening of storytelling at Wise Hall was centred on the theme of “Mixed Messages”, and the tales told were alternately funny, sad, provocative and confounding. Most of all, they were all engaging, which explains why members in the sold out audience gathered around afterwards to share their own anecdotes of comic, tragic or comic-tragic misunderstandings.

“At the end of the show, people will usually stick around and tell each other stories” agrees Karp. “Everyone has a story.”

The next instalment of Rain City Chronicles will be held on Wednesday, May 11 at Firehall Arts Centre. The theme is "Recipes For..."