join us donate
LOG IN or SIGN UP
Liquid syntax error: Error in tag 'subpage' - No such page slug join
find a vendor
September 10, 2019
by Paula Carlson follow this author
photos: The Waldorf on East Hastings Street in Vancouver, photographed by Bernie Bouzane
feature 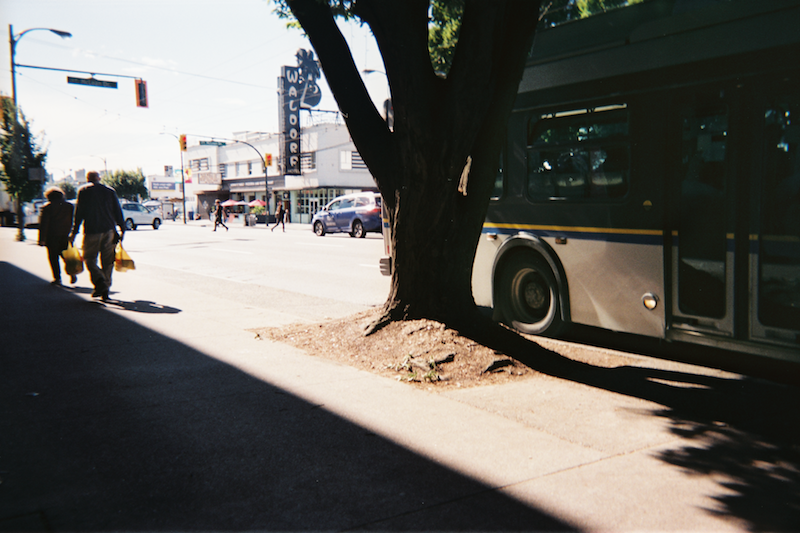 Each month, Megaphone features an image chosen as a Top 30 finalist in our annual Hope in Shadows photo contest.
The winning 13 photos are published in the 2019 Hope in Shadows calendar, now sold out.

From a shady sidewalk on East Hastings Street, it’s easy to spot the black-and-white building in the bright summer sun, a palm tree sign paying homage to the oasis within.

The Waldorf beckons with the promise of respite on a sweltering day.

Megaphone vendor Bernie Bouzane snapped this photo of the heritage building—steadfast and bold amid the bustle of people walking and shopping, and the noisy engine of a passing transit bus.

The Waldorf Hotel opened in 1948 and has remained in operation as a hotel and entertainment venue, as well as a place to celebrate creative culture in East Vancouver, ever since.

The Waldorf is home to the oldest surviving Polynesian “tiki” bar in Western Canada. Bernie points out The Waldorf has survived the gentrification of the neighbourhood—a structural metaphor for the spirit and resilience of the people of the Downtown Eastside, including himself.

Bernie remembers The Waldorf well from his working years.

“Going way back, 40 years I guess it was, I was a house coordinator for a [mental health] association. I had a girlfriend and every Friday after work—I worked from Monday to Friday, finished work at seven or eight o’clock at night—and we would head over to The Waldorf,” he recalls.

“It was always something to look forward to on Fridays.”

These days, Bernie catches the bus outside The Waldorf and enjoys the camaraderie he shares with the folks hanging around outside.

“I have met a lot of people there, just waiting for the bus. I strike up some conversations with people. It’s kinda nice.” 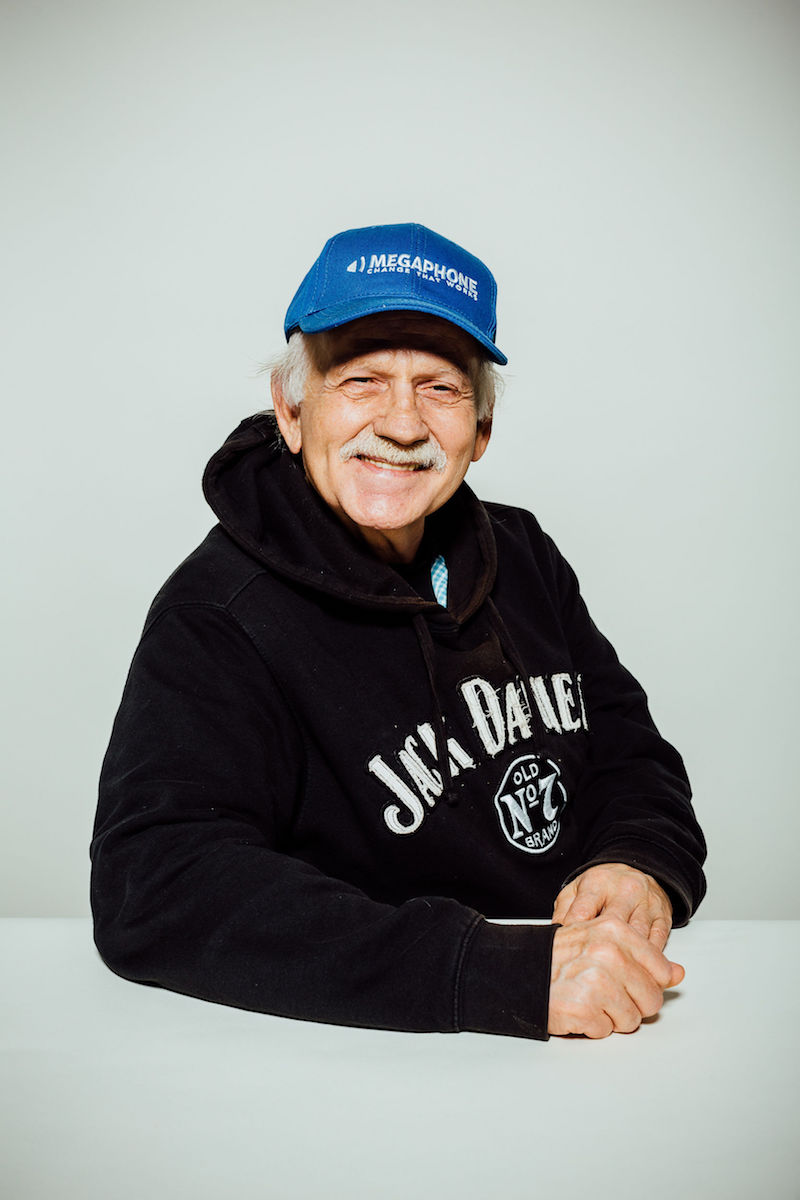 Bernie is a longtime Downtown Eastside resident who has been a part of the Megaphone family since 2015. He was born in Newfoundland—the third oldest of seven children— raised in Kitimat, B.C. and came to Vancouver in 1973.

He’s worked in the dry ice industry, owned his own businesses and was the maintenance supervisor at Mica Dam north of Revelstoke. He’s also a lifelong musician.

“I play almost every musical instrument there is,” he says. “Wind… I don’t play wind instruments, but

I play string instruments and percussions. Violin, banjo—I started off on the accordion. I play the harmonica, organ, piano… I think that’s about it.”

Bernie also writes songs and poems, many of which have appeared in Megaphone magazine and the Voices of the Street literary anthology.

And he participates in the annual Hope in Shadows photo contest, earning a Top 30 runner-up spot this year.

Want to purchase the 2020 Hope in Shadows calendar? Find a vendor using our free app: find.megaphonemagazine.com