The Changing Face of Homelessness: How municipalities are tackling increasing hidden homelessness 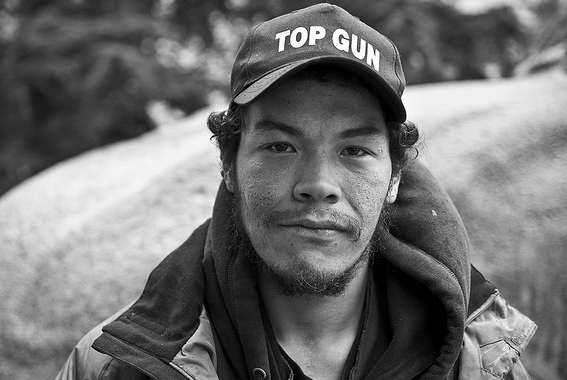 When we talk about poverty, we often turn to Vancouver’s Downtown Eastside, where the health and housing struggles of its residents are obvious and well documented. But a tendency to focus the discussion on the inner-city, a densely populated area where urban poverty is highly visible, can mask the fact that Metro Vancouver suburbs also face unique and growing homelessness and housing issues.

In our previous issue, Megaphone explored homelessness in Surrey, New Westminster, North Vancouver and the Tri Cities, where new shelters, task forces and outreach programs have been established in efforts to tackle homelessness in Metro Vancouver’s municipalities. Growing suburban homeless populations and increased municipal efforts designed around them suggest that life outside the city no longer guarantees affordable housing or a more sustainable cost of living.

The suburban homelessness population is also becoming more diverse as it grows: men with mental health and addiction issues used to dominate the population, but across all municipalities, youth, single parents, and women comprise a significant part of the growing homeless population.

In the final installment of our two-part series, Megaphone speaks with homeless outreach representatives from Maple Ridge, Langley, Burnaby, Richmond and Delta on the homeless situation in their communities and the measures they’ve taken to address it.

Poverty, more than addiction or mental illness, is the leading cause of homelessness in Maple Ridge and Pitt Meadows, says Stephanie Ediger, executive director of the five-year-old Alouette Home Start Society in Maple Ridge, a municipality that borders Pitt Meadows.

The local Salvation Army meal program serves close to 9,000 meals a month, she says. According to a recent survey, 77 per cent of those accessing meal services are currently housed.  “Now it’s a choice between paying for housing or paying for food,” she says. “Food banks are scrambling, not just because the donations are down, but just that the need is really up.”

The Alouette Home Start Society is a Maple Ridge non-profit that works to build local support services and supportive housing. The Society operates a youth safe house and a street outreach program, and is in the midst of developing a 46-unit supportive housing complex close to downtown Maple Ridge.

Alouette’s Iron Horse Youth Safe House is used by local youth and youth from Vancouver, says Ediger, adding that Vancouver youth don’t often have other options. Iron Horse is unique in that it allows youth to stay for up to 30 days. “Our goal is to find a way to help stabilize their situation, so they can either go re-integrate with their family or find a way to independence, either through a youth agreement or getting them back into school, things like that,” Ediger says.

In addition to Maple Ridge youth, a rising number of local seniors are facing vulnerable housing situations. A current client in her 80s lost all her money because a family friend took advantage of her, Ediger says. “She’s living in a trailer.  She has no heat, because she can’t pay her propane. She has no food, and she’s hanging on by her fingernails,” she says.

Alouette helped her get funding from a local church to pay for heat and bring her food, but she is just one of a number of seniors who are unable to pay for housing. “There are seniors out there who are barely hanging onto their homes,” she says. “It’s getting worse.” 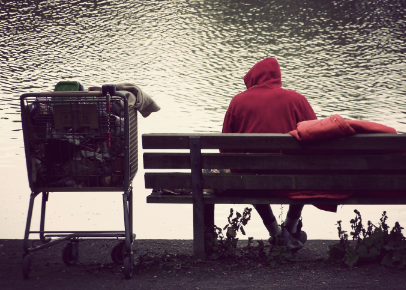 Over his four years as a homeless outreach worker for Langley’s Stepping Stones Community Services Society, Fraser Holland has watched the homeless demographics in the area change drastically.

“For the first year, the face of homelessness was almost the stereotypical face of homelessness: it was an older male, 45 to 50, living rough,” Holland says. “The second year, we began noticing that there are more women on the street. In the third year, we saw a lot more women on the street, predominantly in two groups: one in their late 40s to 50s, and also a younger demographic, 19 to 25.”

Now, Langley’s homeless population is so diverse that Holland has trouble putting a name to it. “We’re getting all kinds of different situations,” he says. Over the last two years, he’s started seeing more diverse circumstances that led individuals to homelessness. “It wasn’t people who had been homeless for a long period of time. They were either brand new to being absolutely homeless, or they were on the fringes of being homeless. They were doing the couch surfing, survival sex, doing whatever they need to do to stay inside.”

Holland notes that the working poor, as a growing group, is driving more people to the margins of society. “People that were at the very edge of working poor are now the ones that are homeless, that are living in vehicles, that are couch surfing or going through relationship breakdowns,” he says. “Their families are separating, or to keep families housed, they’re now on the street.”

Wanda Mulholland remembers when the visibility of homelessness shot up where she lives in the southeast region of Burnaby.

“In the fall of 2004, the City had torn down a number of houses which were condemned in terms of health and suitability for a living arrangement, but there were people living there,” she recalls. “All of a sudden, there were a number of people who were homeless who became quite visible.” The neighbourhood was inundated with people who were homeless and had significant mental health and drug issues, she says.

In January 2005, the Burnaby Homeless Task Force was formed. Mulholland is now the co-chair. She and the group have worked on a number of education and awareness initiatives for Burnaby residents. “The people in Burnaby who are homeless are Burnaby citizens,” she stresses. “Part of the education piece is for people to realize that these are our  neighbours, and they have lived here for a significant period  of time. They choose to live in Burnaby because it’s their home and their community.”

Mulholland notes that only about 20 per cent of Burnaby’s homeless population is visibly homeless. “About 80 per cent of people we know are staying with their relatives or friends and are making do day-by-day,” she says. “It creates a real stress and pressure for people when they don’t have their own place, and when they’re sleeping on the couch of someone who’s trying to assist them. When that goes on for any period of time, it’s a challenging situation for everybody involved. And I think that one of the reasons why people become homeless is because they’ve exhausted all other resources and avenues that would be available to them, and that they are no longer able to be staying with their friends or relatives.” 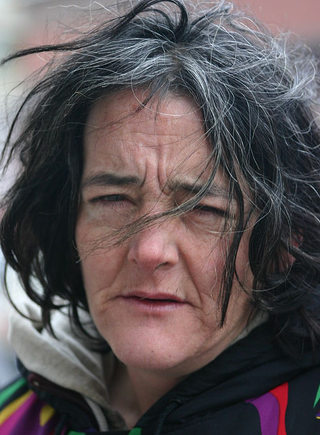 Considering its burgeoning urban centre, large shopping complexes and sprawling subdivisions of single- family homes, Richmond, at first glance, might not appear to have a homeless problem. Compared to other municipalities, Richmond has a relatively small absolute homelessness population. Absolute homelessness refers to those who have no physical shelter and are sleeping rough or living in shelters or transition houses.

According to data from the City of Richmond, the city’s homeless population consists of women and children fleeing abusive situations, people with disabilities, mental health issues and substance abuse problems, immigrants and refugees unable to find affordable housing and youth unable to live at home.

Despite its relatively small absolute homeless population, Richmond experienced a 60 per cent growth in its homeless population between the 2005 and 2008 Metro Vancouver Homeless Counts. A new City of Richmond study on Richmond’s homeless situation is expected to be completed in April 2011.

Known for its sunny farmland, quintessentially suburban single-family homes and tight-knit, often faith-based communities that go back generations, Delta would seem like an unlikely candidate to have a homeless problem.

However, a small, but significant, population of visibly homeless individuals spurred the formation of the Delta Homeless Committee in 2008. Most of Delta’s housing services are still provided in Surrey: Highland House on Surrey’s King George Highway is known as the designated homeless shelter for Delta, says Const. Danny Simone of the Delta Police. He sits on the Delta Homeless Committee and works as the mental health liaison for the police.

Of Delta’s small homeless population—last summer, police calls related to homelessness all concerned the same four individuals—Simone says the group has been helped and supported by people in the community. Two members of the group, brothers, have lived in Ladner all their lives, and people have known them for decades.

“I’ve seen people give them money. I’ve seen people give them clothing when they knew it was getting colder outside,” he says. “I think just because of the way the community is, it very much is a place where people are there for a long time, in either Tsawwassen or Ladner. And they know everybody. It’s got a small-town kind of feel to it. And people help other people out there.”

Unlike other municipalities, longtime Delta residents wouldn’t tolerate a widespread homeless problem “because people are part of the community,” Simone says. But the small number of visibly homeless people in Delta masks a population of unseen homeless individuals who are couch surfing or living in cars, he adds.

Homeless individuals in Delta have often grown up in the community and are reluctant to leave, even to get housing or access detox services currently unavailable in their home community. The work of the Delta Homeless Committee will assess community need for local outreach services and housing resources. “It’s really a good cross-section of service providers and people who would be engaging people who were homeless,” Simone says.