The Damage Done: Struggling with a life of addiction 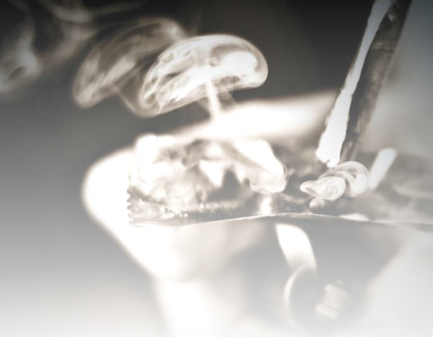 I’m a 34-year-old convict still serving my sentence in the community at a treatment centre. I’m a guy with goals and aspirations, a good heart and great intentions, but also a habit that holds me back from achieving all the good things that I know I can do.

I grew up in a biker club house. My mother was a cocaine addict prostitute with problems of her own. Unfortunately, I inherited some of those problems. The first pill I took was from my mother so I could sleep my headache off. The first joint I smoked was with my mother so that I could “use responsibly.” The first needle in my arm was done by my mother, but I asked for it so I could be close to her.

Though my mother beat me all through my childhood, I was still a mama’s boy. I would beat and assault her tricks, and rob and steal to feed her habit and feed us. I was paying our rent at 15 years old. I would do anything for that woman, even destroy other loving relationships by lying, cheating and stealing from them.

I was in and out of juvenile centres, group homes and foster homes. I fought with other kids a lot, but I almost never started them. I just never let anyone bully me or my friends and family. If you messed with my family I became a beast. On the streets I quickly gained a reputation as a good fighter. There was always someone who wanted to challenge me, even if I wanted nothing to do with it. I was shot at 16 years old when I stood up to a guy in a bar for calling my mom a bitch. Her boyfriend got beat up so I gave it a try. I beat the guy pretty bad. When his friend came back with a gun he shot at us running away. I didn’t realize I got shot until I got home.

At 18 years old I was running a couple cat houses making money. I got a visit from the chaplain on my last stint at juvi hall to tell me my mother was on life support and I was to visit. It was the worst sight in my life. The blood and guts were the same, but this was not my mother. She was so bloated and puffed up I couldn’t recognize her. Being the oldest child, I was asked if they could pull the plug. ‘Fuck that! That’s not her, ask someone else’, I said. Finally I calmed down enough to realize it was her, though I couldn’t agree to pull the plug for days.

I went off when my mom passed away. Drugs, morphine, acid, cocaine and a lot of pills were my escape. When that still wasn’t enough, I locked myself in my friend’s basement and swallowed 60 Rivitrols, took 4 hits of acid and slit my wrist. I didn’t want to go on. I could have stopped this, I thought, she would still be alive if I was there.

My attempt to kill myself was stopped when my friend had the ambulance attendant axe the door down. I was rushed to the hospital and brought back to life. I was alive, but I still didn’t care about life. I continued to hurt the ones loved (and they loved and cared for me so much) by stealing their stuff to get high.

Eventually, this way of living caught up to me. I got a three year sentence and went to my first federal institution. I quickly learned a whole new life. I didn’t necessarily like it, but I didn’t dislike it. It was a new world of respect and attitude. You become a man. I got into card hustling. If you can name it, I could play it, and I played it all very well. But with all hustle comes conflict. Debts were the worst, and if they weren’t paid you had to step out and make that person pay.

I fought with the correctional officers as much or more than the other convicts. I’ve been through three riots and, yes, people were killed. I’ve spent most of my time in maximum security. The violence was 10 times worse than other places. I couldn’t tell you how many were killed around me just when I was there. No one fights fair no more. Weapon of all sorts were used by me as well. But always having to watch your back gets to you.

I got out a few times and managed to turn my three years into nine years. In total, I did seven and a half years behind bars. Finally, I was released to downtown Vancouver with $50 in my pocket and not a clue what to do. I’d never been here before. I made friends and acquaintances, but they were all dealers, pimps and prostitutes. My drug habit quickly became my life. Still, I worked—I had three jobs at once. I worked labour jobs, I worked security jobs at the hotels and I also worked at Taco Time.

My habit quickly became unmanageable. When I found myself with no money between cheques, I tried to rob the Taco Time and in doing so, I cut my coworker and friend’s throats trying to get away. I couldn’t hide long. A few months later the police tracked me down in a cockroach- infested room and arrested me. Why I only got three years, I don’t know, but I did. I never changed. I got out three years later and went right back at it.

I found a woman and we used all day, every day. She was my partner in crime and my lover and my drug dealer. We became close and in caring for her I tried to get us in treatment all while running from more charges of break- and-enters. She wanted to, but was afraid of a “normal” life without drugs. Regrettably, I got caught with a bag of stolen property and started another two year sentence.

I went in at six feet tall 125 lbs. I was dope sick and the institution refused to give me methadone. I know I had to change my life around at this point. Before coming in, my girlfriend and I were homeless, paying hotel fees daily and feeding our habit before feeding our stomachs. I was a wreck—body, mind and soul. I knew I had to do something about it.

Immediately I was sent to maximum security. I mostly stayed out of trouble and got my medium security soon enough and was sent to Ontario three months before my release. Before leaving I worked on myself through self-help groups, a school diploma and prayer. I’m not religious, but at times I felt it necessary.

I did my time quietly in Ontario. I returned to B.C., and the parole officer here helped me get into a treatment centre. Coming to the Downtown Eastside Treatment Centre was the best thing for me. The staff are great—caring and supportive, and they push you in the right ways. But I still had my struggles. A month later I had a relapse and got caught using when I came late for curfew. Off to the pen I went again.

I gave up fast. I wanted nothing to do with anything, but this beautiful woman (heart, mind and soul) came to give me a verbal slap in the head and still let me decide for myself, but told me they wanted me back. And through some of my issues she bent a few rules to help me with a successful treatment.

I’m back at treatment and have only been here a few days. I still have the same issues and face the same struggles, and I probably always will. But with help I am confident of my success. They are paying for my schooling to finish so that I can later go to college, they are there for my struggles and they are always supporting my positive decisions.

Today I am clean and have a future to look forward to. I learn daily to better my chances and look forward to achieving my goals and aspirations, drug free as a positive member of society. Don’t be afraid to stop to say hi, to ask for help or just to say “good day.” This is my life and my struggles that hopefully one day can give direction and a way for someone else and their struggles.

Brian is a participant in Megaphone’s community writing program.