join us donate
LOG IN or SIGN UP
Liquid syntax error: Error in tag 'subpage' - No such page slug join
find a vendor
May 15, 2017
by Madeleine Northcote follow this author
photos: Susan Point at her exhibition launch at the Vancouver Art Gallery. Photo by Pardeep Singh.
feature

The eye of Susan Point

Point, who is Musqueam herself, is widely credited as being part of a small group of artists responsible for bringing traditional Coast Salish art back into contemporary use, introducing new materials and palettes, such as glass, resin, and pastels to the form. Gallery curator Ian Thom says she is “for all practical purposes, the person that reinvented Coast Salish art.” 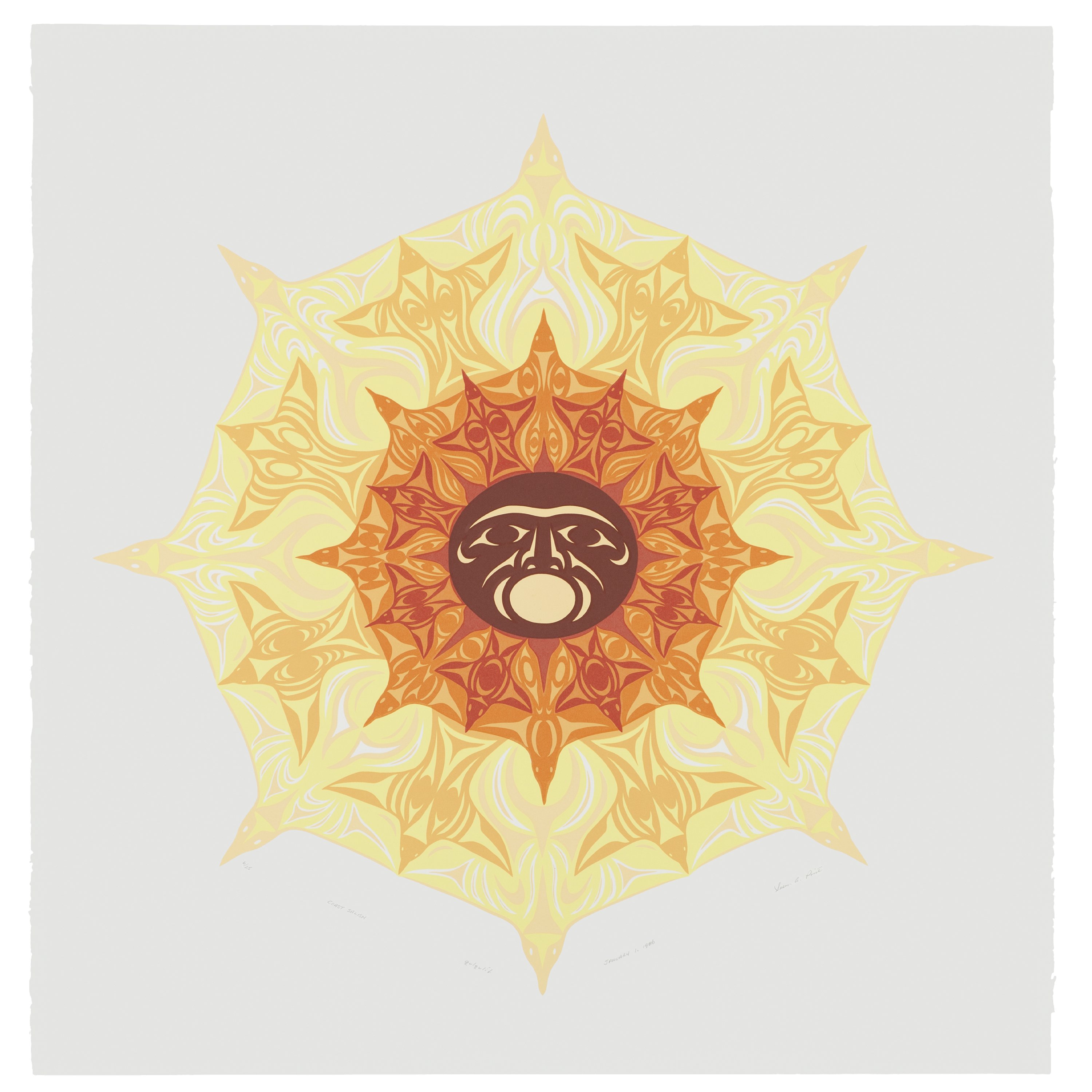 An intimate approach
Distinctive from the famous Northern form-line tradition, which uses ovoids and U-shapes, the Coast Salish design vocabulary employs the use of circles and triangular forms with curved sides—known as “trigons”—and elongated crescents.

Rather than using the outline to compose an image, positive and negative space is used to create the larger image. The dearth of cultural artifacts in this style are twofold—a result of both the more intimate approach to art-making amongst the Coast Salish, where art was for private use, and the devastating impacts of colonialism, which had an early effect on the first residents of the Coast Salish territories—and obliterated much of the material history from this period.

Growing up, Susan Point was constantly exposed to the arts through her parents and particularly her mother, who was “a woman of many artistic talents—from knitting, weaving, basket-making and rush-mat-making, amongst many other things,” Point says.

It wasn’t until she was 28, however, while on maternity leave with her third child that Point enrolled in an adult education art class to learn about jewelry making.

Her first experience of creating jewelry led her to explore the Coast Salish art style, and in the same year, to pull her first screen print, Salmon at her kitchen table. Since that first print, Point has gone on to produce hundreds of works, many examples of which are on display in the exhibit. From silk screens and woodblock printing to wood carving, paper casting and cut steel, Point’s range of work is vast. 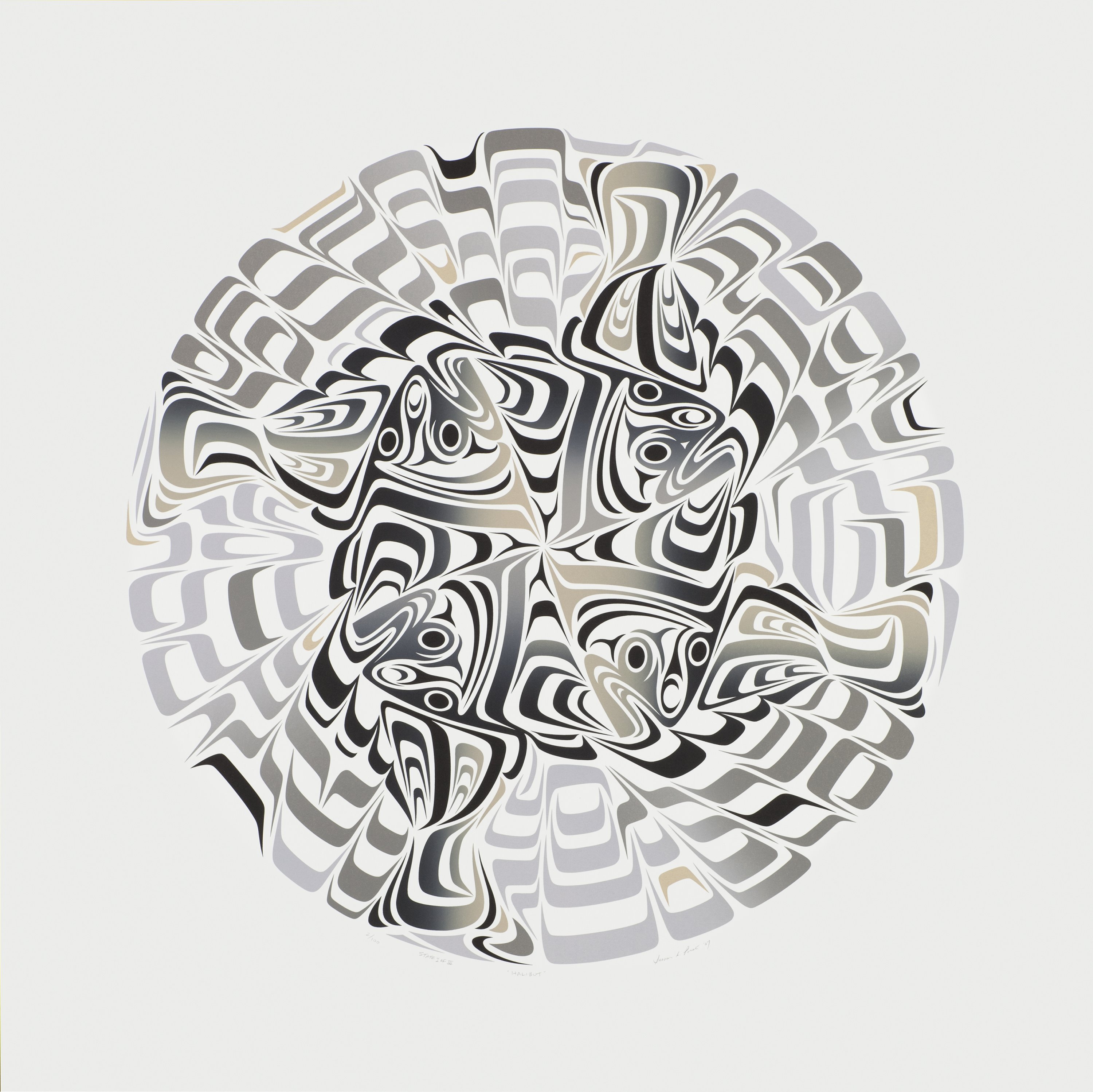 A trailblazer
While most of her work is in serigraphs (screenprints), she is also recognized as a master carver—a medium that has traditionally been maledominated.

She has trailblazed by creating sculptures in non-traditional materials such as glass and resin.

Behind this prolific and accomplished artist is Susan Point herself, who, when speaking about her work, is both humble about her practice and quick to share credit, citing working with the Vancouver Art Gallery’s curators Thom and Grant Arnold as an important opportunity for her to learn and grow.

“I am overwhelmed,” she says. “It is so nice to hear so many people say positive things about the exhibition. I love dropping into the gallery when I can and talking to people.”

When asked about her artistic process, she notes, “I think my best ideas come to me when I’m trying to get to sleep at night. Unfortunately, many of these ideas melt away and are forgotten.

“I definitely have to start writing these thoughts and ideas down.”

These days, Point is continuing the legacy of art instruction that her mother passed on to her—she often collaborates with her children to create pieces. All four of Point’s children are artists in their own right. 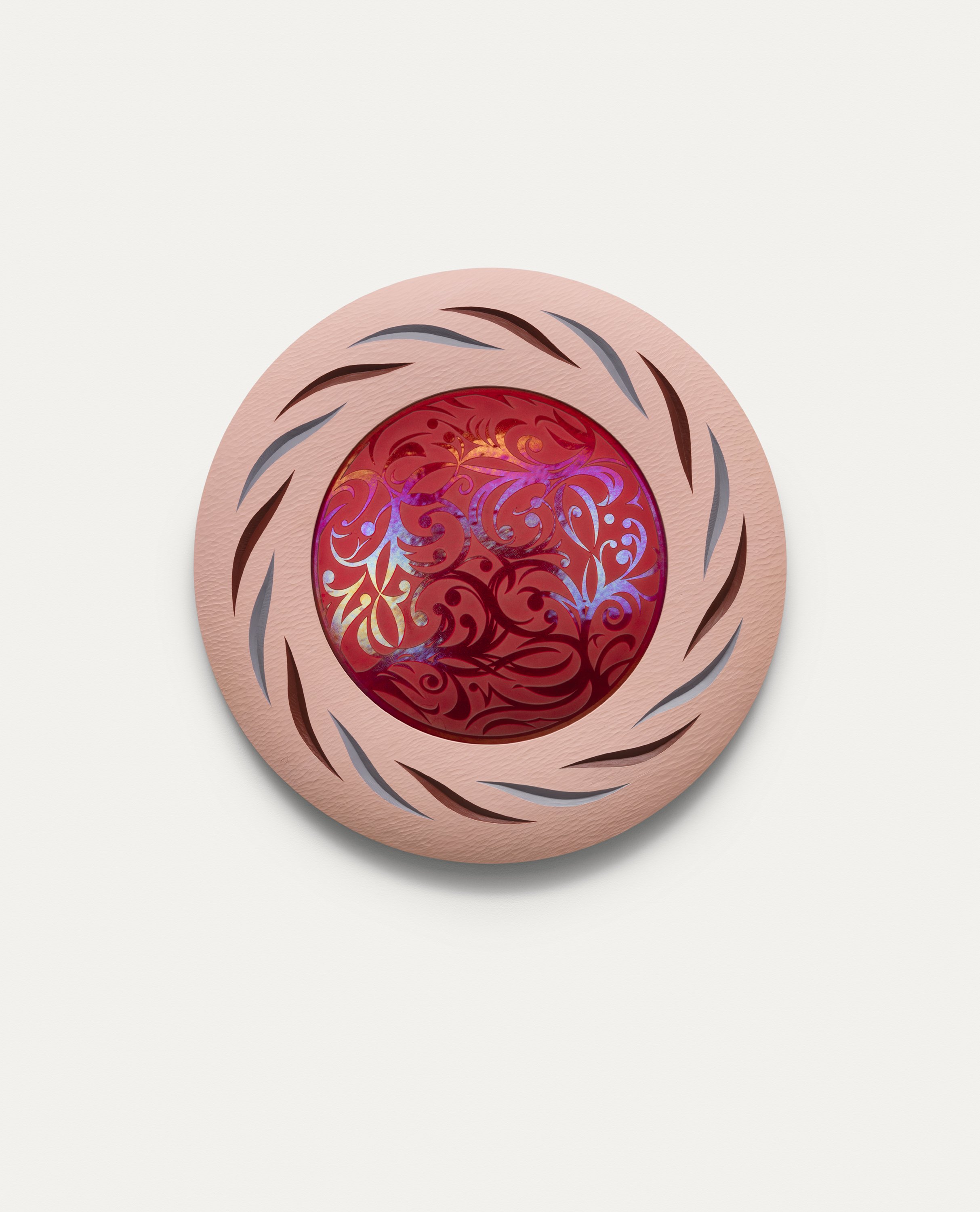 Doing and teaching
She doesn’t stop there either: she likes to keep her days for her grandchildren because, “as young as they are, there’s definitely artistic blood within all of them, [they] constantly draw, [create] images that only take them a matter of minutes and are truly mind-blowing! It is from my grandchildren that I learn the most, [especially] the freedom to create whatever,” she says.

The title of the exhibit, Spindle Whorl, is a reference to the Coast Salish tool, and is an image that recurs throughout Point’s work. The spindle, a tool composed of a small disk with a pole through the centre, was used by Coast Salish women to spin wool into yarn, in preparation for weaving garments and ceremonial blankets.

The exhibit itself also displays several Coast Salish spindle artifacts, inviting the viewer to draw connections between the artifacts and the wider exhibition.

Point continually draws inspiration from the Coast Salish tradition, which focuses on elements of the natural world.

“Exploring the art of my Coast Salish people was, and still is, an educational and enriching process for me,” she says.

“I try to convey things with respect to our connections to each other and to all life on our Mother Earth.”

Point’s exhibit is in the gallery until May 28.