join us donate
LOG IN or SIGN UP
Liquid syntax error: Error in tag 'subpage' - No such page slug join
find a vendor
June 26, 2018
by Paula Carlson follow this author
photos: The function of freedom 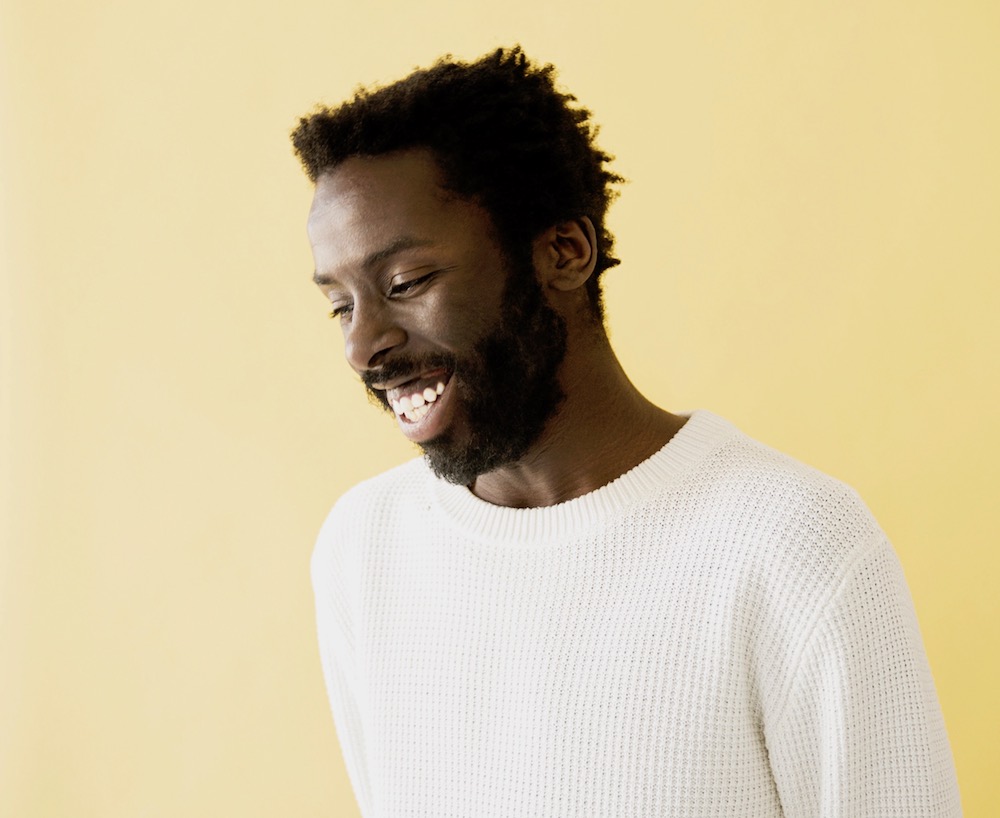 Desmond Cole has a simple message for those who participate—overtly or covertly—in racist, classist regimes:

'Until you stop hurting us and stop killing us... acts of resistance are going to be how we challenge you.'

A police horse had Desmond Cole pinned against a fence.

The Toronto Police Service was forcefully removing Chris “Gardiner” from a makeshift shack—his home—under the Gardiner Expressway on Aug. 23, 2006, plowing through about 30 protestors to do so. Road construction had been planned, and Gardiner was in the way.

So Cole stood with him.

Mounted police shoved him aside with a more-or-less 600-kilogram animal.

“It could have easily stepped on my leg or stepped on my knee—I could have been hurt really bad,” Cole recalls. “But I was willing to go do that because I was so upset that they would do this to this man. I think that’s the kind of thing that I started realizing over time more: You have to do it sometimes. You have to defend people.

“You have to defend yourself.”

Cole would eventually seize public attention with his April 21, 2015 Toronto Life article “The Skin I’m In,” a sweeping critique of Canadian anti-Black prejudice in which he describes being stopped by police at least 50 times. He has since been hard to miss, relentlessly confronting politicians and police on Canada’s racist ills.

Cole was also prominent at Toronto’s Underground Freedom Train Ride on July 31, 2017, disrupting Mayor John Tory’s appearance to remind him and all in attendance of the brutal assault on Black teen Dafonte Miller by off- duty Toronto Police Const. Michael Theriault and his brother Christian.

The brothers, their father (Toronto Police Det. John Theriault), and the Durham and Toronto police have all been accused of cover-up and investigative interference.

Initially, Miller was the one arrested by Durham police and charged with theft under $5,000, assault with a weapon and possession of a small amount of marijuana—Miller, who was beaten so viciously with a metal pipe that his left eye was dislodged from its socket and split in four.

The Ontario Human Rights Commission announced on Nov. 30, 2017 that it had launched a public interest inquiry into racial profiling by the Toronto Police.

On April 5, 2018, the CBC released compiled data from 2000–2017 showing that out of approximately 460 fatal encounters between Canadians and police, 44 (9.5 per cent) of the victims were Black. In 2016, census numbers counted the Black population at 3.5 per cent of the nation’s total.

The CBC’s information showed that, in Toronto, 19 out of 52 victims of police fatalities were Black, or 36.5 per cent, despite an annualized population in the city of a mere 8.3 per cent in that 18-year time frame.

In August 2015, the Toronto Star—using news articles and releases—found that of 51 fatal shootings by the Toronto Police since 1990, at least 18 of them were Black males, or 35 per cent of cases.

The Black population in Toronto was, in 2015, approximately nine per cent.

In June 2015, the Correctional Investigator (Canada’s federal prison ombudsperson) reported that, over the 10 years previous, the Black prison population grew by almost 70 per cent. Black prisoners comprised 10 per cent  of the prison population, outpacing the three per cent of Black people among all Canadians.

There are too many representative cases behind these numbers and Cole speaks them to power. But he is clear: This is not a discussion.

“I can’t argue with them; there’s nothing to talk about. The only thing that I can do is get in their way and say: ‘Stop hurting us. Stop killing us. Until you stop hurting us and stop killing us, these acts of resistance are going to be how we challenge you’.”

For instance, Cole spoke on the Miller case at a July 27, 2017 Toronto Police Services Board meeting, despite its omission from the agenda. In response, the board—and Mayor Tory—vacated the room, clearing the way for six police officers to arrest Cole and charge him with trespassing.

“When people act so shocked that someone would stop the proceedings of a completely useless and corrupt police board meeting, that there’s somehow some kind of drama or some kind of discord in that... that is mild,” contextualizes Cole. “People shouldn’t be allowed to go about their daily lives while they kill Black people in this country, while the system kills Black people and they stand by watching.

“I want to live free and safe as a Black person in Canada. It’s non-negotiable.”

A trip to Ferguson, Missouri solidified these beliefs. On Nov. 24, 2014, a grand jury declined to indict Darren Wilson, the police officer who shot and killed an unarmed Michael Brown. Cole, captivated by the narrative, arrived in the city the day after.

“One of the big things I learned was that direct action is absolutely fundamental  to any liberatory struggle,” Cole recalls, marvelling at the bravery of protestors who stared down police forces armed with military-grade weapons. “Some of us can’t really safely trust the police. We can’t just say, ‘OK, the police did something bad, but now they’re asking us to obey their orders once again. So we have to go back to obeying them, because you obey the police.’ No. At some point, you have to resist. You have to say, ‘we refuse to acknowledge this power that keeps hurting people. We refuse to keep bowing down to this power that keeps hurting people’.

“There were real community ties that had been built through all these people who were out here fighting with and for one another,” Cole adds. “They were really making links within the community that were making it stronger and making it possible for them to keep fighting.”

“I take what Black Lives Matter Toronto is doing very personally,” he says. “It is my life that they’re out there fighting
for, and I’ve developed a deep respect and caring and concern for the members of that organization and many others who are doing this kind of work.”

But this perpetual conflict of advocacy—Cole hates it. The mechanisms enforcing the status quo that traumatize dissenters into submission, they grind him down. He feels the conflict within marginalized populations that occur when social hierarchies reward compliance.

He says he is often at odds with members of his own community who are not only unwilling to stand against power due to the social, political and personal costs, but who are willing to attack those who do.

“Black people who don’t want this kind of radical activism, they’re not crazy,” Cole points out.  “When you are, for example, arrested at a police station for trespassing for simply trying to point out that these conditions are unfair, it doesn’t inspire other people to do it either. We have not all accepted that this is the right way to live. We are being held hostage by the system.”

In a May 4, 2017 blog post, Cole announced he was leaving his biweekly freelance column at the Toronto Star. He had recently protested police access to carding data at a Toronto Police board meeting, prompting its abrupt adjournment. Never a Star employee, Cole says he was nevertheless informed that he had violated the Star’s activism policies.

Cole, who notes that the Star has seemingly no issue with activist/ columnists like Naomi Klein or Michele Landsberg, interpreted the underlying message clearly: “‘Our problem is that, at the Toronto Star, we’re embarrassed by how much attention you’re getting for your loud, Black, liberatory efficacy’.”

“‘The jury’s still out on white supremacy.’ That’s the message that we’re being given [by the Star]. ‘We don’t know yet’.”

Cole misses the income from his column, but regrets little else from his corporate departure.

“I gained a lot of credibility within my community, and ultimately, that’s what matters to me the most,” he says,

Cole, who has hosted a show on Newstalk 1010 for three years, is currently working on a book—a deal with Doubleday
Canada secured on the strength of “The Skin I’m In.” Each chapter, he says,  will be based on a month of his life in 2017, containing reflections on current circumstances of Black Canadians. He is aiming for November 2018 publication.

Being a public figure has challenges, Cole says—like being villainized and surveilled by government and police—but he nevertheless sees  it as a “tremendous privilege.” He has a platform to call for educational reform (recognition of Canada’s history of Black enslavement and Indigenous genocide, for example) and for Canada to take pride from correcting historical injustices, instead of silencing oppressed voices. He honours as heroes those who fought and died for social reform, demanding and achieving freedom from power.

“I am not daunted by the idea that these forces are so big and so entrenched,” he states. “That’s not my concern, because my ancestors were enslaved. So nobody can tell me about, ‘oh we have a hard struggle’—they had an impossible struggle and they survived long enough so that I could have this conversation with you. So I’m not worried about the height of the challenge. It doesn’t bother me, because I don’t have another choice. My ancestors didn’t have another choice. They stayed alive so that I could keep fighting. That’s my birthright.”

What Cole wants is a truly democratic society based on consent and caring, rather than control; where government supports troubled families instead of taking children away, and where those in crisis are counselled, without the use of violence.

“There is no inherent joy in having to fight to be recognized as human,” he says. “There’s only what we can make out of that because that is an inherently sad starting point.”

On July 5, 2015, Robin Hicks, a civilian, almost saved the life of 45-year-old South Sudanese man Andrew Loku. Loku, holding a hammer, was attempting to confront a neighbour over excessive noise. Camera footage and the account of Hicks’ friend Reg Lamontagne were evidence that Hicks calmed the agitated Loku before Toronto Police Const. Andrew Doyle arrived, yelled at Loku to drop the hammer, then shot and killed him less than a minute later.

“She defused the whole thing by herself,” Cole points out. “She didn’t have a gun;
she didn’t have a licence to kill anybody. She just used her words. I think that we underestimate the fact that this happens every single day in our society.”

His strategy isn’t to defund every police force in the country tomorrow, he says, but rather to come up with a better plan so someday police aren’t the ones to respond to a call for somebody who’s in a mental health crisis.

“The police never, ever respond to a school where a child having a tantrum like they did (on Sept. 30, 2016) in Mississauga, and they handcuffed a six-year-old Black girl—they shackled her with handcuffs by her wrists and ankles,” he says. “And similarly, the idea that beat officers—that people walking the street who are supposed to be talking to members of the community and getting to know them and building relationships—need to have a gun on their hip? No. Not in my world.”

Cole invokes Toni Morrison: “The function of freedom is to free someone else.”