The future looks bright in Victoria 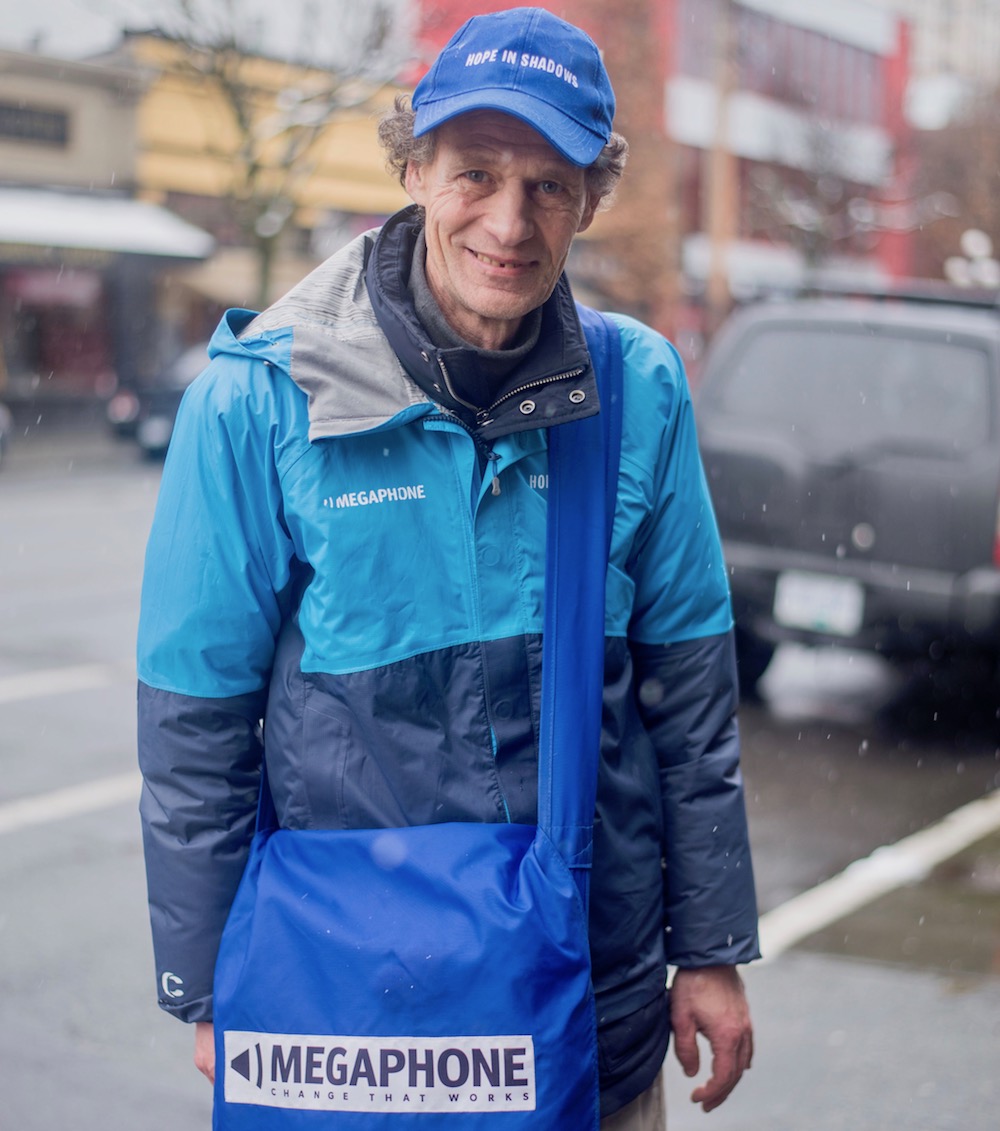 Fred Willingdon takes care to offer acknowledgement to those who are often "invisible" in society.

Fred Willingdon makes a point of offering words of encouragement to those he thinks might need them.

The father of three grown kids and two grandchildren notices the little things. For example, while on a shopping excursion at a mall in Maple Ridge, he saw a young woman in a wheelchair, her eyes cast down and shoulders slumped. He said hello, initiated a brief chat and then wished her a nice day.

“When she wheeled off, she was sitting straight, smiling and looking people in the eye,” Willingdon recalls, adding, “I greet everybody.”

He especially takes care to offer acknowledgement to those who are often “invisible” in society: the disabled, the elderly, the poor, those who are homeless, or others who seem like they are struggling, particularly with loneliness.

One time, while Willingdon was on a greeting blitz along the sidewalk, the Maple Ridge mayor pulled up in a car beside him.

Willingdon knows how it feels to be overlooked. He’s had several years when he struggled with homelessness.

During the late 1990s and early 2000s he says much of his paycheque from his cedar plant job went to his kids and former wife after his marriage broke down.

He moved to Victoria in 2006 and with the help of some social service agencies, things began to turn around. He started selling Megaphone in 2015 and in 2016 began selling the Hope in Shadows calendar.

“I found out about [Megaphone] at a job fair at Our Place,” Willingdon says. “They gave me the information, the next week I trained and started selling.”

He was able to secure subsidized housing and was soon banking Megaphone profits and buying “extras” such as nutritious foods and sturdy carts to transport his things.

Willingdon, 65, is officially retired now, a proclamation he makes with a wide grin.

After a living in Ontario for a few years, as well as Burnaby and Maple Ridge, Willingdon loves living full-time in Victoria in a mild climate and close to nature. He enjoys walking and cycling the Galloping Goose and Lochside regional trails, and he’s saving up to buy a three-wheel electric moped so he can carry groceries and other items in a compartment at the rear of the bike.

“In the back of my mind, I always wanted to retire in Victoria,” he says.

“I like the city, it’s a clean city and a small city. Basically, I spoke about coming to Victoria 10 years before it happened— almost to the date of when I came here.

“I’m just so grateful to be in Victoria. There are so many people, it’s really accessible, there are food banks. It’s a lot of good opportunities here to be in semi- assisted living. I love it. It’s just great.

“I’m looking forward to the future.”

Willingdon says he will continue to work as a Megaphone vendor, not only for the money—which allows him to continue to buy needed items and save for that moped—but for the connections he makes everyday with customers.

“I get to meet so many people who would otherwise not give me the time of day,” Willingdon says.

Fred Willingdon sells Megaphone and Hope in Shadows at Douglas and Fort Streets, outside the Bay Centre, taking over the spot manned for nearly 15 years by well-loved Victoria vendor John Chomyn, who passed away on April 21, 2018.