join us donate
LOG IN or SIGN UP
Liquid syntax error: Error in tag 'subpage' - No such page slug join
find a vendor
February 07, 2011

The Hidden Homeless: How municipalities are tackling increasing homelessness in the suburbs 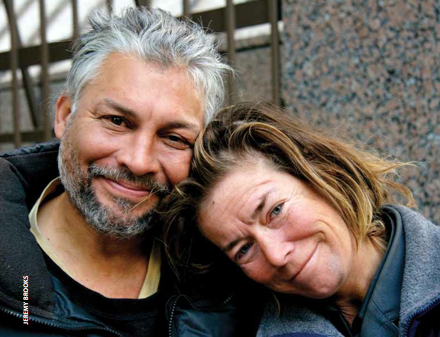 Vancouver’s well-documented dearth of affordable housing has been the subject of spirited debate for years, but our tendency to focus the discussion on the Downtown Eastside's urban poverty can mask the fact that Metro Vancouver suburbs also face unique and growing homelessness and housing issues.

In the last five years, new homeless shelters, homeless task forces and outreach programs have cropped up in Metro Vancouver municipalities where homelessness is becoming increasingly visible and increasingly complex.

Of course, poverty in the Lower Mainland is not a new phenomenon, but the growing suburban homeless population points to a new, troubling reality: the suburbs are no longer an affordable housing oasis distinct from the city, and people whose modest means previously kept a roof over their heads are now falling through the cracks.

Growing numbers of men, women and youth are finding themselves without a home or at risk of homelessness in Metro Vancouver’s suburbs. Circumstances that lead to homelessness are as diverse as the population itself: job loss, family breakdown, lack of affordable housing, drug and alcohol addiction and mental illness are all contributing factors.

The actual numbers are likely higher, however. The triennial Homeless Count is widely understood as an undercount, taking place during one 24-hour period and failing to assess the full extent of hidden homelessness, a phenomenon prevalent in Metro Vancouver’s suburbs. Hidden homelessness refers to people who do not have a home of their own and are staying with family or friends, and those who are unable to acquire and keep their own place.

Megaphone caught up with housing and homeless outreach organizations across the region to explore the growing problem of homelessness in the suburbs. Here, in the first of a two part series, are snapshots from our conversations. 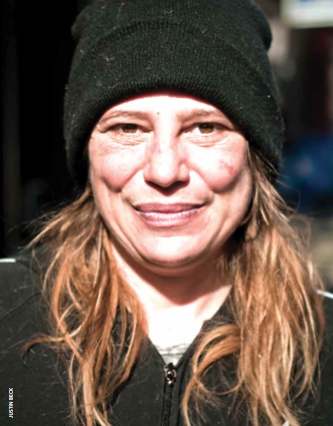 This increasingly metropolitan city is home to a diverse immigrant population, with an estimated 1,000 new Surrey residents arriving each month. The city, already the second largest in B.C., is expected to surpass Vancouver’s population in the next 20 to 30 years. Surrey’s burgeoning population has taken place alongside rapidly growing gaps between the rich and the poor: wealthy suburban communities and urban high-rise developments stand a short drive away from houses and rental apartments on the brink of decay. There’s no doubt, though, that as Surrey grows so will its homeless population.

Surrey city councillor Judy Villeneuve was quick to note the rapid changes in her city. Fifteen years ago, she started raising the issue of Surrey’s growing incidence of street homelessness.

“We’ve seen little rental housing built. We’ve seen no housing built, really, over the last seven years for singles and families,” she says. “People are really struggling because in one of the wealthiest countries in the world, we don’t have a national housing strategy.”

As a 22-year councillor who has chaired Surrey’s Social Planning Committee for more than a decade, Villeneuve’s extensive experience with housing issues led her to become president of the board of directors of the Surrey Homelessness and Housing Society, which formed in 2006. The Society, she says, deals with matters closest to her heart. It’s the avenue for businesses and community members to financially support Surrey housing initiatives.

One example is the Surrey Rent Bank, the first of its kind in Canada. The Rent Bank supports people at risk of homelessness due to job loss or an accident, helping them pay their rent for two or three months or apply for a loan to make ends meet. The Society has also helped fund capital projects like an upcoming housing project for pregnant women with drug or alcohol issues.

The goal, Villeneuve says, is to take a “housing-first” approach to addressing homelessness in Surrey. But poverty is widespread, even for those with homes.

“Of the people who are accessing the food bank now, 45 per cent are children,” Villeneuve says. The Surrey food bank is the third largest in B.C. “This means that people are actually living in housing and paying probably more than 50 per cent of their income on rent, just to keep a roof above their heads ... we’re seeing people that are struggling to stay in housing as well as those with no housing at all.”

Most of New Westminster’s homeless population consists of people who have a history of living there, says Dave Brown, a community services manager with Lookout Emergency Aid Society New Westminster. The city, located across the Fraser River from Surrey, carries historical significance in the growth of Metro Vancouver. It was named capital of the Colony of British Columbia in 1858.

Brown has worked in New Westminster for 10 years, and as a homeless outreach worked for more than 20. Previous to starting work at Lookout in the early 2000s, Brown worked in Vancouver. New Westminster, he says, is an exceptionally inclusive community.

“For a seven-and-a-half square mile area, it’s simply phenomenal,” he says. “We’ve built relationships in New Westminster with all levels of government, with a lot of different faith groups, close to 40 service providers and citizens.”

It’s strong community support that enables Lookout to initiate progressive housing initiatives in New Westminster, Brown says. “We involve individuals who are going to move into these [housing] sites in what we’re doing,” he says. “We believe in housing first at Lookout, before it became a catch phrase. We were practicing harm reduction at Lookout in 1971 before it was even thought of.”

North Vancouver’s lush mountain surroundings and sprawling subdivisions of single-family homes create a picturesque vision of the suburbs where, to some, homelessness seems unthinkable.

“We definitely have one of the highest average incomes in B.C., if not in Canada,” says Sandra Edelman, chair of the North Shore Homeless Task Force and manager of population health and chronic disease services for Vancouver Coastal Health. “It masks a population of people that are living in abject poverty.”

“There’s still people that can’t believe that we would have a problem on the North Shore. If you look at our statistics, income levels and so on, it doesn’t appear that we would have a problem, but we certainly do,” says Edelman. “The single best predictor of poor health is poverty. If you can address poverty and living wages and a roof over a person’s head and food that’s healthy at the table, then a lot of the health issues and chronic health issues that you’re seeing with that population would be prevented.”

Homelessness in the Tri- Cities is far less visible than it is in the City of Vancouver, says Sandy Burpee, chair of the Tri-Cities Homelessness Task Group. The Tri- Cities, bordered by Burnaby, New Westminster and the Pitt River, refers to region that includes the suburban communities of Coquitlam, Port Coquitlam and Port Moody, as well as the villages of Belcarra and Anmore. The surrounding forests hold homeless encampments that aren’t visible to all residents.

“Living where I do, I could probably go through most of my life here without seeing a homeless person,” Burpee says. “There’s a lot of treed areas and bush in the Tri-Cities, particularly along the Coquitlam River. There are a lot of places in there to hide away, to create a camp.”

But awareness of homelessness in the Tri-Cities has changed, especially over the last four years, Burpee says, due in large part to the work of the Tri-Cities Homelessness Task Group and other groups, like Port Coquitlam’s Hope for Freedom Society. The Homeless Task Group’s sub-committee is currently at work on a public education campaign aimed at de-stigmatizing addictions, and Hope for Freedom is working on funding sources to build interim shelters using modified shipping containers.

A landmark public hearing at Coquitlam City Hall last November resulted in city council approving Coquitlam’s first permanent homeless shelter in an eight-to-one vote. The approval came after a marathon public hearing featuring 62 speakers. Forty-six spoke in favour of constructing the shelter. The decision came three years after a controversial rezoning process in 2007, which involved homeless advocates establishing a rotating monthly shelter system in five neighbourhood churches to fill a gap in services elsewhere. “The reason I got involved [with the Tri-Cities Homeless

Task Group] was that my experience of homelessness is typically walking through downtown, driving through the Downtown Eastside, and walking the streets of downtown Vancouver,” Burpee says. “Many people just don’t think of it as an issue in the Tri-Cities.”