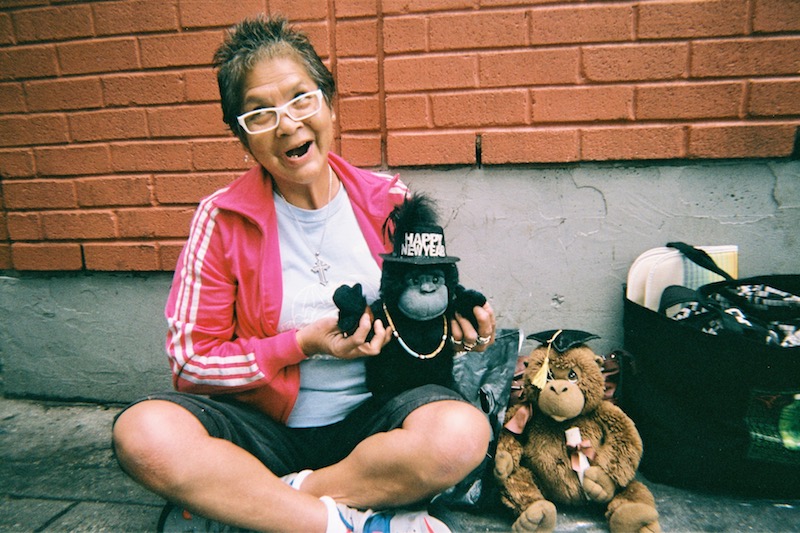 Maybe it was the Happy New Year hat that caught Hendrik Beune’s eye. Or the gorillas.

More than likely, it was Lora Wilson’s bubbly personality that caused Hendrik to stop, say hello, and snap a
photo of her selling items on East Hastings Street.

“She made ’em walk, she made ’em dance,” Hendrik says of the stuffed toys. “This was my first shot.”

He says he chatted with Lora about the Hope in Shadows calendar theme, Spirit and Resilience, and how the Downtown Eastside street markets are a part of how some people survive.

Hence, the title of this photo.

Before he left, Hendrik wanted to express his gratitude for Lora’s willingness to be in the picture. After all, “often people don’t want to be photographed for one reason
or another, and you don’t want to ask them why.”

Lora requested $2 for the photo, because she really wanted some ice cream, Hendrik says, which sounded good to him.

But the ice cream shop didn’t want to give Lora two scoops on two plates, because it cost too much.

“So I went back in and I bought it and I got ’em all on one plate,” Hendrik says. “So we shared that.” 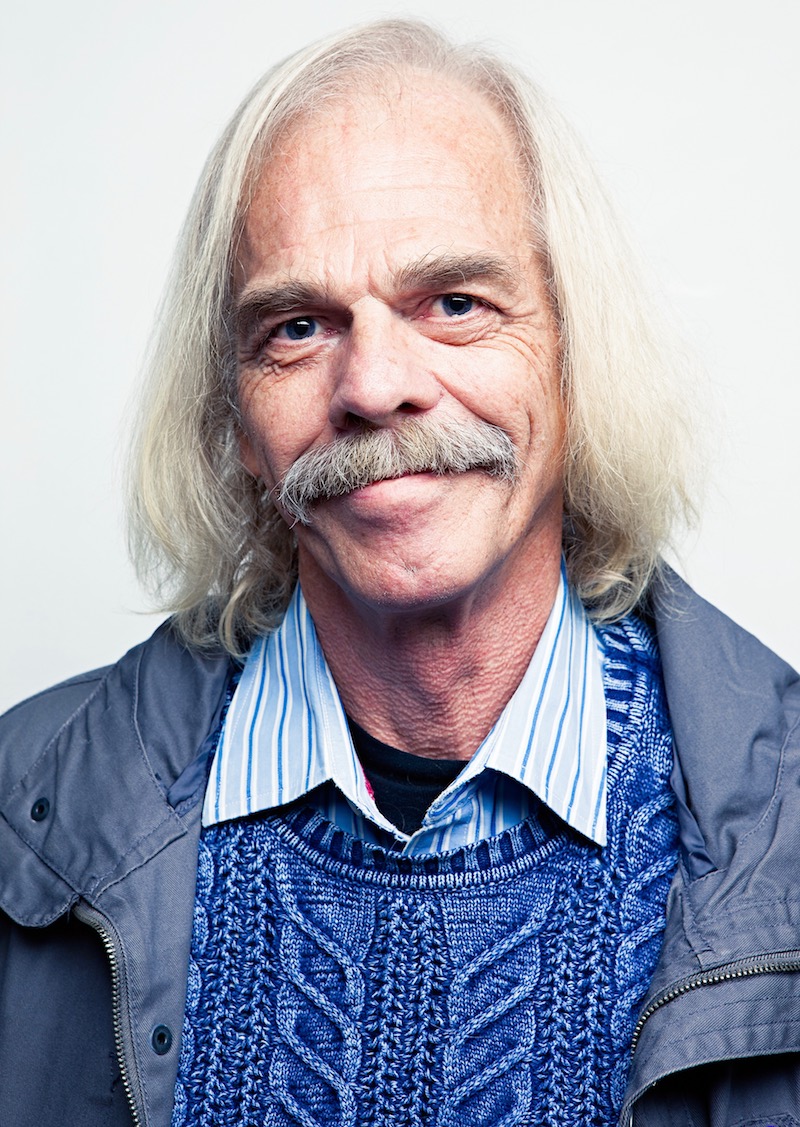 Hendrik Beune was born in Utrecht, the Netherlands and came to Canada in 1970. He arrived in Vancouver shortly afterwards and “became a full-fledged hippie.”

“I came straight to Kitsilano,” he chuckles.

Hendrik went to live on the Sunshine Coast for a time, in Desolation Sound, where he taught scuba diving and became an oyster and shellfish farmer before the heavy labour became too much. He’s been a resident  of the Downtown Eastside for nearly 20 years.
Now 67, the hippie is all grown up, but he doesn’t have any plans to retire from being a community activist, advocating for sustainable ecological practices and liveable environments.

Hendrik delivers Megaphone Magazine to about 50 regular customers in the DTES and sells the magazine and Hope in Shadows to the public at the Vancouver Farmers Markets. You’ll  find him primarily at Nat Bailey and Hastings Park in the winter, and at Trout Lake and the Main Street Market at Thornton Park, across from Pacific Central Rail Station during the summer.