join us donate
LOG IN or SIGN UP
Liquid syntax error: Error in tag 'subpage' - No such page slug join
find a vendor
July 11, 2018

by Simon Cheung follow this author
photos: The Kids Are Alright

The Kids Are Alright 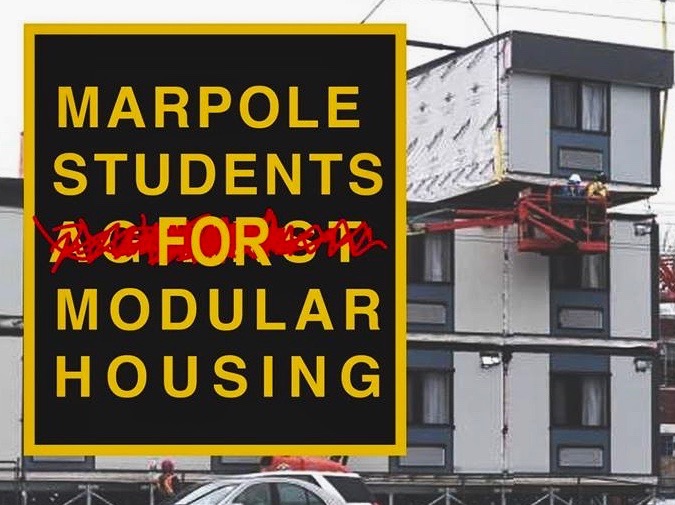 From lowering the voting age, to supporting housing for those who are homeless, youth passionate about the fate of the planet and its people are speaking out.

For some wizened politicians and pundits, it must feel like teens are speaking a different language.

With their inclusive discourse, media- savvy young activists around the world are confounding grown-ups more accustomed to left-versus-right fist shaking.

From pipelines, to gun control, to Indigenous rights, youth passionate about the fate of the planet and its people are speaking out. And they’re doing it intelligently and articulately, making their elders look out of touch, or worse, uncaring.

State-side, count former Republican Maine State House candidate Leslie Gibson and conservative Fox News talk show
host Laura Ingraham — both lambasted for their inability to maintain civil discourse with Parkland, Florida school shooting survivors – as recent public image casualties. (Ingraham made fun of March for Our Lives gun control movement organizer David Hogg for not getting into college; Gibson called 17-year-old Emma Gonzales, who emerged as one of the most outspoken activists in the wake of the shooting, a “skinhead lesbian”).

Closer to home, in Vancouver, Marpole Students for Modular Housing (MSFMH) co-leader Helen Colliander strives to create alternatives to such entrenched antagonism. Hers is resolute positivity with an eye toward community-building — particularly with those who disagree.

“It’s really important to fully understand the political spectrum if you want to be an activist,” 17-year-old Colliander
says. “I think creating safe space — an intersectional space where you have different identities showing and feeling welcome and comfortable, and having discussion there — that’s how you really unite a generation and create change.”

It’s not easy: MSFMH was born from conflict. The Facebook group started in response to Marpole Students Against Modular Housing, a group opposing the 78 modular units being erected at 7430 and 7460 Heather Street. Completed in February, the development is part of the BC NDP’s two-year, $291-million initiative to build more than temporary housing 2,000 units provincewide.

“Here we are, people who were dedicating our time to actually doing things like donating food and making sure that the neighbours were met with positivity, and we were held back, to a certain extent, by older people in the neighbourhood who were opposed to us because of potential perceived problems,” 17-year-old Bhuiyan says. “It was definitely frustrating and we just had to make sure that we were composed and calm while we were dealing with that.”

With 306 temporary units built or on the way, out of Vancouver’s 600-unit target, resistance will likely persist as new projects pop up. A development was announced for Riley Park-Little Mountain on March 14, and 39 units will open at 525 Powell Street this month.

Bhuiyan, who researched supportive housing and visited modular units at 220 Terminal Avenue before co-founding MSFMH, acknowledges that some oppositional perspectives are reasonable, occasionally prompting MSFMH to change their approach.

There is also less-productive feedback. After MSFMH’s first media appearance, the group received a message that said the writer hoped a MSFMH member would find dirty needles on their doorstep. A Facebook commenter opined that, if the students were the next opioid crisis victims, perhaps “we wouldn’t have to hear this nonsense.” “It was important to us not to say anything back and hold off and calm ourselves,” Bhuiyan says, stressing the importance of well-reasoned and well-stated responses.

The grace with which young people are handling negativity, particularly on social media platforms, is not lost on Dakota Shelby, blog coordinator and youth facilitator at Check Your Head (CYH) — an organization that connects youth with resources to encourage social engagement.

“A lot of the really upset and offensive posts that I see on social media are from older folks who can’t seem to handle the criticism as well,” 22-year-old Shelby says. “I think youth are just handling it better because they grew up with it. They grew up with people just fundamentally disagreeing with them on this very public forum.”

Bhuiyan and Colliander observe that the route to empathy seems to run through education and experience. Both notice that students who support MSFMH also tend to volunteer with those living in poverty.

“I think that fear a lot of people have really comes from an unknown and not interacting with poverty on a daily basis," says Colliander. "And not really seeing the true struggles that a lot of the people that are struggling with homelessness are facing. If you’re isolated from that, it’s a lot easier to stay isolated from that and be fearful of the unknown.”

Colliander volunteers with Kitchen on a Mission (KoM), which partners with businesses to redistribute leftover food to the community. Bhuiyan, KoM’s president, says they visit shelters and make three deliveries to the Heather Street site weekly. On June
29, KoM will hold a gala at Heritage Hall, celebrating Vancouver student activism.

Both Colliander and Bhuiyan are also in the International Baccalaureate, a global academic program with a stated mission to build a better world through education. Both are also involved in their school’s Youth Feminist Association.

“It’s really important to keep your feminism or your activism in general well-rounded,” Colliander notes. “It’s all connected.”

Calling people in, not out

Anastasia Gaisenok, executive director for CYH, sees this kind of practical experience as not only crucial in shaping both youth identity, but reshaping the idea of leadership. Whereas conventional organizations tend toward individualist agendas, Gaisenok identifies a “genuine desire to collaborate among youth” — a valuable proclivity for movement-building and solidarity.

“Young people who are entering this work, they are there because of the issues,” she says. “They have much less allegiance toward an organization, or a project, or a funder.”

Gaisenok says CYH trains youth to engage in complex and difficult conversations about social issues in a way that calls people in, as opposed to calling them out.

“It takes a lot of work, but if we don’t do that, they’re out,” Gaisenok says. “The more we can do this with all folks — not just young activists, but on all levels — the more people we’ll have in our movements and the stronger our movements are going to be.”

Gaisenok and Shelby recognize that ageism and tokenism remain concerns – youth are routinely dismissed and excluded from important decision-making.

On March 21, they and other young advocates met with Shane Simpson, B.C.'s minister of social development and poverty reduction, to present youth concerns and press him on creating opportunities for meaningful political involvement.

Shelby recalls Simpson admitting that no youth were involved in his policy-making process. In fact, he was unable to think of any youth group that directly influences policy.

“I think we’re entering into an age where individual experience is really valid and valued to a larger extent than it has been in the past,” Shelby says. “There’s a lot of room for adults to take those considerations into account when making decisions.”

During a recent meeting at CYH, Janani Ravikularam, a volunteer with the organization, presented data from more than 700 youth survey responses on financial pressures in B.C. The majority of respondents took the time to describe their experiences, which CYH will use to highlight priorities for poverty reduction moving forward.

“Youth have a lot of common lived experience that we can use,” says Ravikularam, a 20-year-old Simon Fraser University student. “We share experiences of feeling disenfranchised and feeling excluded from these public spaces that we should have a voice in.”

She underscores storytelling as a powerful leveraging tactic to gain a foothold in politics.

On March 13, B.C. Green Party Leader Andrew Weaver introduced a bill to lower the provincial voting age from 18 to 16. Shortly after, Grade 11 students at Kamloops’ Westsyde Secondary School made headlines with their advocacy supporting the bill.

B.C. Premier John Horgan responded that he would “see if it fits,” recognizing that voting young likely creates a habit.

Ravikularam says lowering the voting age would be a politically astute recognition of youth as society stakeholders.

Colliander points out a younger voting age would likely not only force politicians to focus more on youth-related issues, but would increase youth engagement.

For his part, Bhuiyan is excited for the upcoming wave of young voters.

“Hopefully, it changes how politics are done here in Vancouver.”