join us donate
LOG IN or SIGN UP
Liquid syntax error: Error in tag 'subpage' - No such page slug join
find a vendor
May 30, 2012

The Problem with Food Banks 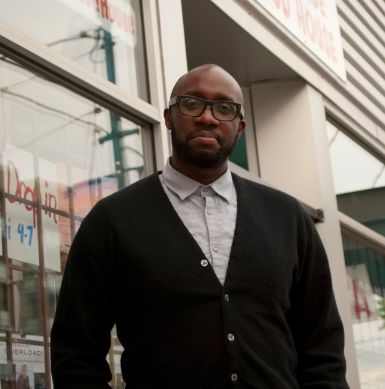 Paul Taylor grew up using food banks. He served on the board of directors for Toronto's Daily Bread food bank, one of the largest in the country. And when the CBC hosted its 25th annual funding drive for the Greater Vancouver Food Bank last December, he and some colleagues walked over to give the public broadcaster a thank-you card, along with an important message.

"We wanted to say thank you, but the CBC could better leverage their reach," he tells me over tea at the Downtown Eastside Neighbourhood House, where he serves as executive director. "We wanted to ask that they listen. What low-income people are really after is justice and the ability to have enough money to buy their own food."

Since taking the position nine months ago, Taylor has been vocal in his criticism of the role of food banks in our society, a role he believes allows government to shirk its responsibilities under the declaration of human rights.

Longtime advocate for the homeless Judy Graves called Taylor "one of the most exciting things to happen to Vancouver."

"Holy crow, does he get it," says Graves. "He gets it in the big picture and gets in the small picture, and he's definitely the wave of the future."

Taylor is quick to acknowledge, and he respects, the moral imperative that people feel to help out in whatever way they can. But hunger is not an issue for charity, he says, and he and others at the Downtown Eastside Neighbourhood House are "not here to convince people of deservedness."

It's true that Canada signed and ratified the UN Declaration of Human Rights in 1967 -- and other international agreements following -- that guarantee the right to food.

But it's not entrenched in our constitution, our domestic law. The right to food is particularly problematic in the Canadian context, because social rights, like welfare for example, are provincial responsibilities.

"It's the old problem of Canadian federalism," says Graham Riches, professor emeritus at UBC's School of Social Work. "It becomes messy in terms of whose government is really responsible for this."

Graham was one of the first academics looking at food banks from a social justice perspective. In 1986 he published Food Banks and the Welfare Crisis, linking the proliferation of food banks throughout the 1980s to the recession of that era, followed by the rise of neo-liberalism and the erosion of the social welfare system. 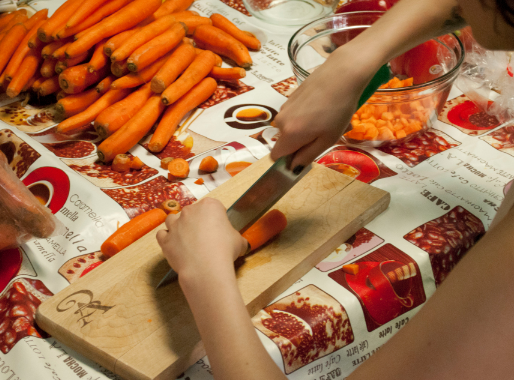 Riches agrees that there is clearly a moral imperative to feed hungry people. But food banks "enable us to sort of look the other way," he argues.

"What they've done over the last 30 years is socially constructed the issue of food as a matter of charity, and not a political question."

When I raise these points with Doug Aason, the director of community investment for the Greater Vancouver Food Bank, he tells me that he "totally, totally understands where detractors are coming from."

But for him, this argument is a philosophical one. "[Taylor] is philosophically opposed to the food bank's existence because as long as the food bank exists, the government will never be forced to look at the real reasons people come to food banks," says Aason.

And he points out that the food bank preaches this message when it visits schools, businesses and corporations to solicit donations.

The national association that represents food banks across the country, Food Banks Canada, has an ethical foodbanking code to "strive to make the public aware of the existence of hunger, and of the factors that contribute to it," and to "recognize that food banks are not a viable long-term response to hunger, and devote part of their activities to food assistance."

But despite this, reliance on food banks continues to rise.

At the Downtown Eastside Neighbourhood House on a Monday afternoon, every demographic is represented. There are young men, moms with babies and toddlers in tow, and senior citizens.

It's busy but calm, and there's room for everyone to find a seat at the round tables on either side of the room. I'm here to sit in on an editorial meeting of a new food-themed 'zine that house members have launched.

The inaugural issue came out last month, and among the service pieces -- recipes, and a B.C. seasonal vegetable chart -- are articles that tackle the chewy political issues that people in this neighbourhood are keenly aware of.

There was an interview with Mark Brand of Save-On-Meats, a first-person essay about free food lines in the Downtown Eastside (which regularly feature "cakes, muffins, brownies and doughnuts" and other highly-processed stuff, writes author Ludvik Skalicky) and an account of a visit that NDP MLA Jagrup Brar paid to the house in January.

That month, Brar lived on $610—the amount a single person on welfare receives per month—to draw attention to the inadequacy of B.C.'s welfare rates. After deducting $375, the amount for a room in an SRO (which typically cost more like $450) he had $235, or about $7.58 per day to cover all other necessities, including food. By the end of the month he had oatmeal, some bread and a box of Mr. Noodles left in his cupboard, and planned to volunteer in exchange for lunches and wait in food lines for his dinners.

"I respect the work Paul Taylor is doing on the right to food issue," Brar told The Tyee. Food banks are the outcome, he says, of the failure of society to deal with growing inequality in B.C. 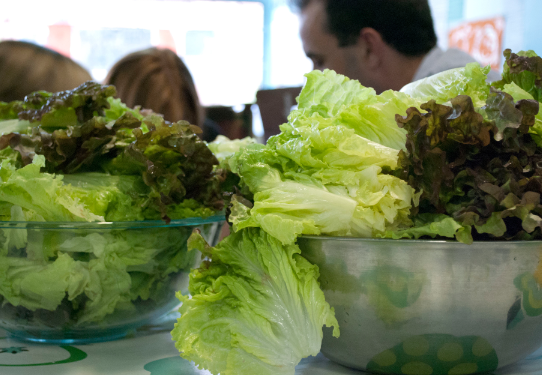 "We have 137,000 children living in poverty in this rich province, what we call the best place on the earth to live. Over 90,000 people use a food bank every month and one-third of them are children. What we need to do as a government is the key question."

Brar is calling for a comprehensive poverty eradication plan with clear targets and timelines, and says he is working with his caucus to develop such a plan.

"Until we have that, the food banks are playing their role. Because of the gap, the inaction of the government, the community is stepping in and food banks are doing their best."

Along with providing food, the Downtown Eastside Neighbourhood House also informs members about the political and policy climate in which it operates.

Its operating philosophy, which is posted on a large bulletin board alongside recipes for chickpea salad and roasted brussel sprouts, describes a place that "mirrors the entirety of our community: in its beauty and its harshness, its poetry and its frustration. We are activist, reformist and non-violent, critical of the poverty mentality and its handmaiden the charity model..."

"The philosophy is really important," says Jenna Robbins, program lead for the community drop-in and right-to-food initiatives. It gives her clear parameters about what donated food they'll accept -- "it's not a personal decision," says Robbins -- but also makes things more difficult because it's harder to get the food they want.

While the neighbourhood house might be philosophically opposed to the existence of food banks, they do rely on the Greater Vancouver Food Bank for donations -- although they are choosy about what they'll accept.

Robbins works with a monthly food budget of $1,000, which covers about half the volume of food served in that period. Much of it is spent at Sunrise Grocery, a bustling Chinese market on Powell Street and one of the few places to buy fresh produce in the Downtown Eastside. (Without dollars to spend, Taylor points out, people who live in the Downtown Eastside have no say in the kinds of businesses and services they want there.)

Healthy snacks like carrot sticks or bananas are available at every program the house runs -- "we don't want to assume that everyone has eaten," says Robbins -- and there are drop-in meals every Monday, Wednesday and Friday.

In February, it had the busiest drop-in meal in its history: 170 people came through the door to get something to eat. Demand for good food is clearly not going anywhere, but despite the challenges, Taylor is optimistic about what’s happening in Vancouver.

He points to organizations like the Vancouver Area Network of Drug Users, the Carnegie Community Action Project, the Kitchen Tables Project and the Downtown Eastside Neighbourhood House as examples of organizations changing the dialogue around charity.

"The charity model is more ingrained in Toronto," he says. "The fact that there are mechanisms in Vancouver to move away from that, this excites me."

This story was originally published in TheTyee.ca.