join us donate
LOG IN or SIGN UP
Liquid syntax error: Error in tag 'subpage' - No such page slug join
find a vendor
September 10, 2013

The race conversation Vancouver needs to have: In this diverse city, racial prejudice still simmers 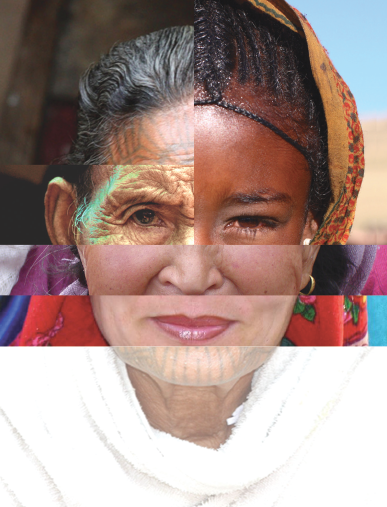 On a warm Friday night in early July, my three roommates and I were making our way home from an end-of-the-week tipple at a cheap dive bar, as twenty-something students are wont to do.

Victory Square, in Vancouver’s Gastown, looked and sounded like it always does late at night: eerily peaceful apart from the odd homeless man with a shopping cart or a drunken group of students lumbering by. We approached a bus stop, ready for a sedate ride across the city.

As we got closer to the stop, I noticed an altercation between a group of younger, well-dressed individuals (a couple of whom were speaking Spanish), a drunk, belligerent woman, and a sober woman who seemed to be trying to calm the situation. Typical Gastown. I rolled my eyes and went to sit on the steps in front of the Vancouver Community College building next to the stop. But just as I thought about pulling out my phone and playing Angry Birds, my ears pricked to an unusual sound:

“Get the fuck out of my country, you Mexican piece of shit! You don’t even belong here. You probably got here illegally.”

My jaw stiffened and my mouth got dry. The venom in her voice was oddly familiar; it triggered something in me I thought I had buried long ago. I looked on. The group shouted back and were joined by the attacker’s friend, who had abandoned any defence of the attacker’s actions and began to chastise her as well. Somehow, they were all being outshouted by the perpetrator. I guess hatred tends to have a louder voice.

I muttered to my roommates that this was unacceptable, hoping inside that the situation would settle, the bus would come and I would get to rant about idiots on transit without having to actually do anything. Then she spat at the group. I’d had enough. I hopped up and screamed at her. I told her to “step the fuck back,” that she was wrong, that she had no right to say those things and that she was a racist. I lost my cool.

Race is rarely discussed in Metro Vancouver. For a multicultural area where white people are, according to Citizenship and Immigration Canada, projected to become a visible minority by as early as 2031, this is a troubling issue. Demographic shifts such as these have been known to provoke unrest and social discord if handled improperly or swept under the rug, arguably highlighted by the Paris banlieue riots of 2005 or the riots in Sweden earlier this year. But, as Pete McMartin observed in the Vancouver Sun in April, “it’s just not a conversation we’re willing to have yet, except under our breath.”

There is malice amidst the mutters—racial prejudice is alive and well in this city. As a relatively recent immigrant to the area (I’ve lived in Squamish for two years, with four months a year spent in the city itself), I had hoped this was a city that had addressed discrimination in its past and embraced diversity as its guiding light. Naïvely, I believed that the prejudice that existed here was hidden in tiny clusters that even the most open cities could not dislodge. I thought it was safe.

However, my experiences and the numbers tell a different story. Racial prejudice is everywhere—from disparaging comments about signs written in Mandarin in Richmond to a racially-motivated assault on an animal rights protestor in Cloverdale. Data from StatsCan shows that in 2011, B.C. sat above the average hate-crime rate of just 3.9 incidents per 100,000 people. Vancouver itself has an average hate-crime rate of well over 5 incidents per 100,000, higher than both Calgary and Toronto, while Abbotsford-Mission is above the national average, too. Considering that more than half of all hate-crimes in Canada are racially motivated, it is safe to assume that race is a factor in a significant portion of the hate-crimes in B.C.

Complicating matters, there is no convenient narrative to frame this prejudice. The attacker in the incident I described above was of an undetermined but visible minority,for instance. One quick scan of the rants and raves section of Vancouver’s Craigslist page drives this point home.

There are bog-standard anti-immigrant white power sentiments about “WHITE GENOCIDE” but there are also posts about coming up with plans to “stop China from ballooning in strength by exploiting Africa,” and “white trash and skinheads [who] are shitting on the heads of real Canadians,” too. No one is spared.

The anonymity of these posts is key; the rants and raves page acts as one of the only outlets for these unspoken tensions in Vancouver. Generally, racial prejudice is often not overt, and that is what makes it so frustrating and so insidious. An example from my home country: Martha-Renee Kolleh, a cafe owner in Yorkshire, England, had to put up a sign in her restaurant that read, “Attention! Everyone be aware, I am a black woman, and always will be. If you are allergic to black people, don’t come in!”

She did this because a significant number of potential patrons took a step inside her cafe, realized she was black and left. That is not the kind of incident that can be expressed through statistics or reported to police, but it leaves a mark on the psyche that never truly fades. This mark stands in direct opposition to the kind of healthy, diverse community Vancouver claims to have.

Many people who identify as visible minorities, even in Canada, are more than aware of these realities. Luma Toumany, an African-Canadian living in the West End, wrote a July 21 letter to Douglas Todd at the Vancouver Sun: “In my case, I choose to ignore racially demeaning attitudes because I am an adult with a family and understand the pain that my reaction to an offensive gesture, even rightly, can cause to my family. But I am very sure that someone someday won’t take it.”

Funnily enough, Toumany also mentions, “Since I have been here in Vancouver, I have been treated with great respect by most white Canadians, but with suspicion by many (NOT ALL) others—especially Asians, eastern Europeans (including Russians) and Arabs.”

Toumany’s comments on ignoring racial prejudice line up with a major topic of discussion in the African-American community following the Trayvon Martin case. There has been much talk about ‘The Talk’: a conversation between parents and children on the ins-and-outs of systemic racism and racial prejudice.

In a recent speech to the NAACP national convention, U.S. Attorney General Eric Holder explored the topic, stating, “Trayvon’s death last spring caused me to sit down to have a conversation with my own 15-year-old son, like my dad did with me. This was a father-son tradition I hoped would not need to be handed down. But as a father who loves his son and who is more knowing in the ways of the world, I had to do this to protect my boy.”

My father had the same talk with me, and with my brothers. He explained that for a young black man, the world was not a fair place; how in the society I grew up in, I would have to work twice as hard as my peers to achieve the same things they could and even then, that might not be enough. He schooled me in what he deemed “practical wisdom”: the knowledge of which battles to fight and which to let go, among other things.

That last lesson was always the hardest to learn. In many ways, it is one that I am still learning. When I told my father about the incident at the bus stop, he asked me a simple question that cuts to the heart of the matter: “Do you want to become another statistic?”

He was referring to the thousands of people of colour across the western world who (broadly speaking, of course) channel their anger at systemic injustices into anti-system blame, which often results in them being controlled and silenced by the same mechanisms they seek to dismantle. Like me, these men and women are highly sensitive to injustice, and like me, they are outspoken about their experiences. One wrong decision based on this sensitivity can be enough to ruin lives.

That knowledge has, in hindsight, cast my decision-making at the bus stop in a new light. I intervened because of morality, but I created my moral code in part as a retort to those who have used such tactics before. My painful experiences allowed me to confirm to myself that I would never stand by while someone was racially abused, but those experiences happened thousands of miles away. I resented ‘The Talk,’ I resented the knowledge that even wearing the wrong clothes in the wrong neighbourhood could put me in a dangerous situation and I resented the fact that my humanity was being negotiated by systems beyond my control. But I let that resentment cloud my judgement in that moment. I lashed out without considering the best course of action.

I was, in some ways, no better than the attacker. I was just as angry and venomous as she seemed to be. I constructed a persona around who I thought she was without knowing any of that information in the same way that she assumed that the group at the bus stop were Mexican because they were speaking Spanish. I loathed her for the pain she had caused them, and the memories of the pain others had caused me. I can only speculate about her motives, but hatred does not originate from thin air.

This story originally appeared in TheTyee.ca.