join us donate
LOG IN or SIGN UP
Liquid syntax error: Error in tag 'subpage' - No such page slug join
find a vendor
January 09, 2012

Tough in Transit: Transgender, two spirit and the Downtown Eastside 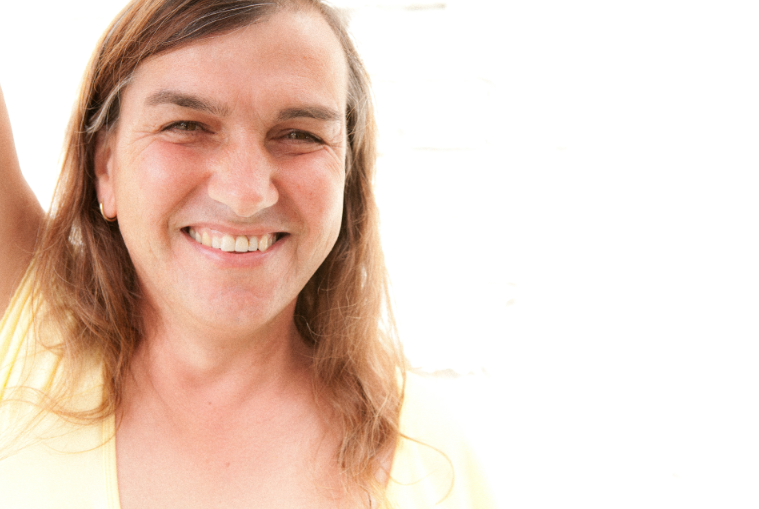 This past autumn, Sad Mag, a quarterly publication that celebrates independent art and culture in Vancouver, published a special double issue called ‘The Vancouver Queer History Issue’. The issue is a celebration of Vancouver's diverse queer art and culture from 1960 to present, and packed with profiles of the powerful and creative voices in the community. Included in the publication is a feature of two Megaphone vendors, Suzanne Kilroy and Charlize Gordon, who were courageous enough to share their experiences in gender identity in the Downtown Eastside.

When people drive by the Downtown Eastside (DTES), they fixate a blank stare. They lock their car doors or they blatantly gawk at a drug deal in action. You have to be tough to live there. The more fringed you are, the tougher you have to be. It is hard enough to deal with poverty, but when you deal with gender identity, it’s a whole new world of tough. Charlize Gordon is a recently transgendered woman who moved to the DTES a few years ago. Suzanne Kilroy is a two-spirited resident of the DTES. Both have backbones of steel—and they must.

Charlize only had her surgery just four years ago. Before living in the DTES, she lived as Charlie at Unity Housing, a social housing project located in East Vancouver. She spoke to her doctor about how she felt about her gender identity, and attended several meetings at Three Bridges, a local community health-care centre. Charlie then finally made a leap of faith: for her whole life, she had waited for this change. After her surgery, she made a quick transition from Charlie to Charlize. “It was something that I wanted for a very, very long time in my life,” she says.

Since Charlize is new to the DTES, she’s still adjusting to life in the area. “There are different communities here. I don’t do drugs and a lot of the women here don’t do the full [transition] because they’re not ready yet.”

Many Canadians cite the DTES as the poorest postal code in the country, to the point that this factoid has become a trite phrase for this community. But the DTES is undergoing economic changes that, in actuality, make the community far more complex and confusing than this cliché. In the same neighbourhood as Insite, the safe injection site for drug users, there are several sophisticated cafés, social housing and high-end stores. The mix of residents from very different incomes creates a tension between classes, between consumerism and poverty.

While this neighbourhood is dealing with gentrification, displacement, addiction, homelessness, and mental health issues, it also maintains a strong Lesbian, Gay, Bisexual, Transgender and Queer (LGBTQ) community. The queer community in the DTES has its roots in Expo ’86, when many downtown residents joined forces in order to uproot transgendered prostitutes of Davie Street and move them out of the downtown core.

This was part of an effort to establish Vancouver as a “world class city” and consequentially moved many of the transgendered sex-trade workers to the Downtown Eastside, where they still live. The more recent shame and contempt that surrounded the Downtown Eastside leading up to the 2010 Winter Olympics parallels the anxieties of Expo ’86. But despite the gentrification and the persistence of homophobia in the DTES, people like Charlize exemplify a strong culture of survival and resilience.

When Charlie became Charlize she was met with abuse, both verbal and physical, and was kicked out of her home in East Vancouver. She went from place to place to find a safe and affordable home, but wasn’t able to find it until she moved into the Downtown Eastside. Charlize now earns her living by selling Hope in Shadows calendars, books, and Megaphone.

Charlize’s job is very much ingrained in how she interacts with the world around her, and her pay depends entirely on how hard she works. If you pass Cambie and Hastings, you can find her at the new Woodwards building, belting out an impromptu song and beaming with pride. More and more, she has focused on her writing, and her poems have regularly appeared in Megaphone. She now spends her time turning her poetry into music. “I like to write poetry, and I like to play my guitar, and I love turning my poetry into music, […] It’s good to empower oneself by playing music.”

She still has to deal with the phobia of the streets, but has a positive light on Vancouver and feels it is a much safer city to live in than others in Canada. “Back home in New Brunswick, this man came out and said he wanted to be a she, and was blacklisted from her family. It’s very progressive here in the Lower Mainland,” she says.

Charlize has slowly joined a community that has taken decades to build, one that Suzanne Kilroy has been a part of for more than 14 years. When you first meet Suzanne, she immediately points to the ground and states, “Oops, you dropped your pocket.” But once you look back to find nothing on the ground, she immediately bursts into laughter. She is a two-spirited woman and mother of two, currently attempting to exit the sex trade. Suzanne moved to the DTES from English Bay for the same reason most of us trade spaces in Vancouver: cheaper rent. 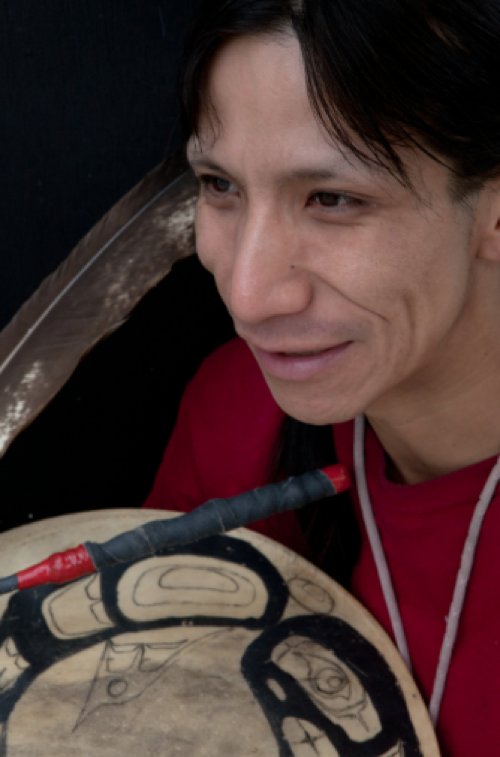 Being two-spirited, she has been treated differently her whole life, and not necessarily through discrimination. “I used to live in a redneck town,” she says, “and every gay or transsexual got beat up all the time. Some died, some killed themselves, and some just ran away and were never heard of again. I always wondered why I never was bothered, and wondered why the elders were always teaching me their ways.” Suzanne noted that her status as two-spirited put her in a special light in the aboriginal community. “They did that because in the Native culture two-spirited people were the medicine people."

Over the course of two decades in the DTES, she met a lot of obstacles. She began using drugs, and had trouble finding safe spaces. “Transgendered [people] wouldn’t be allowed in certain places. You couldn’t go to a men’s shelter, and you couldn’t go to a woman’s shelter. You had to be on your own,” she says. Shelters are a space to find warm food and social assistance, which can be life saving in the DTES. Around 10 years ago, after many battles and fights, the area became a safer place: WISH, a drop-in centre for women in the sex trade, and the Women’s Centre opened up their spaces to transgendered women.

Suzanne is always talking about the great things for which she is thankful, including the resources available in her neighbourhood. “People are resilient, and if they believe in themselves, they can get a university or college education if they want down here [in the DTES].”

Her optimism flies in the face of the many challenges she and her community confront, but there is one thing to know about this LGBT community of the DTES: it knows how to survive. Its members are tough as nails. “We had to walk when we had broken toes,” Suzanne says, “We had to smile when we couldn’t smile. And not only that, we had to stay happy.”