join us donate
LOG IN or SIGN UP
Liquid syntax error: Error in tag 'subpage' - No such page slug join
find a vendor
February 28, 2011 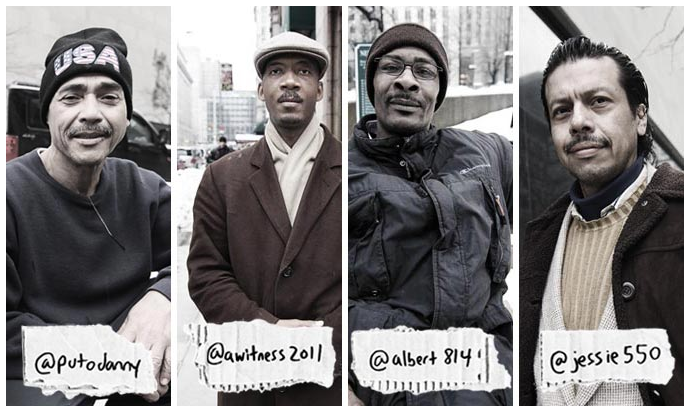 A couple of weeks ago, USA Today reported about Underheard in NY, a project that gave four homeless people a prepaid cellphone each loaded with a month's worth of unlimited text messaging and a Twitter account.

The idea is pretty intriguing: in hopes to 're-humanize' homelessness by focusing on individuals rather than lumping them in with a too-often-ignored crowd, Underheard in NY gives the otherwise voiceless participants an opportunity to sound off, offering Twitter users their thoughts, feelings and experiences living on the streets of New York.

For the past month, participants Danny (@putodanny), Derrick (@awitness2011), Albert (@albert814) and Carlos (@jessie550) have amassed thousands of followers each. Their tweets range from the banal, everyday things we'd expect from the average Twitter user, like Carlos quoting his favourite Tears For Fears lyrics: 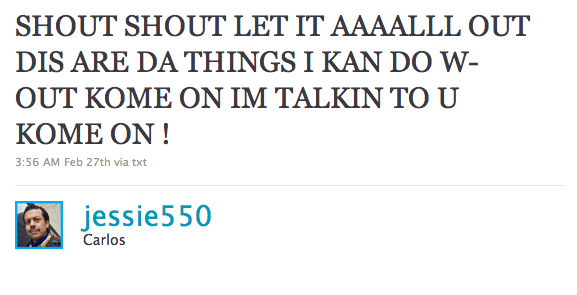 ...to more poignant, heartfelt insights, like Derrick reflecting on the news of a 30-year-old woman who died sleeping outside on the steps of a nearby church: 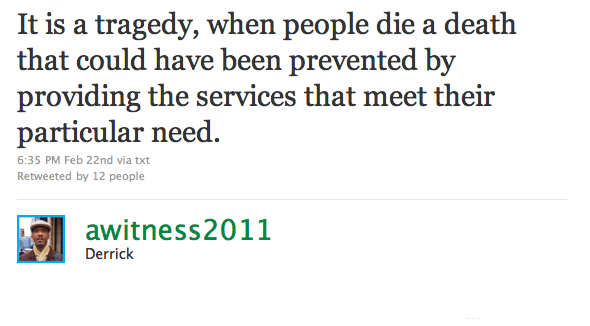 As this month draws to a close, however, the biggest story to come from the project was definitely 58-year-old Danny Morales' tweeting a photo of his estranged daughter Sarah in hopes of finding her after 11 years without contact. It didn't take long before the two were reunited this past Friday, and Danny happily discovered he was now a grandfather to Sarah's two children, who live with their mother in Brooklyn.

Even considering that this could be dismissed as just another social media experiment, it is clear that this campaign has sparked a fair amount of interest in these issues of identity and equality across class boundaries. Also, considering the story of Danny and Sarah, we're reminded what remarkable things can happen when you get the right people talking.