join us donate
LOG IN or SIGN UP
Liquid syntax error: Error in tag 'subpage' - No such page slug join
find a vendor
June 19, 2017

Arts Review: Vancouver Folk Festival message stronger than ever in era of bigotry and hate

In 1978, the first ever Vancouver Folk Festival took place, entrenched with what organizers call the “ideals of the time”—inclusion, justice, and diversity.

Forty years later, the world may have changed but the musical messaging stays the same. And amidst Trump’s presidency and the rise of virulent bigotry and hate, progressive spaces to speak out might just be more relevant than ever.

Folk Festival’s Gwen Kallio says this year, taking place July 13 to 16 in a sectioned off area of Jericho Beach, will show an impressive and broad offering of local and international artists, as it has since the get-go.

“People often say they wish the rest of the world would be like the folk Festival is for three days,” says Kallio.

People come to the festival as much for the music as they do for the vibe, and a chance to discover something new.

From its start, the festival, which was founded in the reflection of the Winnipeg Folk Festival, has spoken to a vision of the world that is inclusive and equal.

“It took on a Vancouver feel right from the very beginning, it was rooted in the West Coast, it’s rooted in, broadly, progressive politics, from the first festival on, it’s been inclusive, very highly diverse … it brings in artists from all over world.”

She says in the early days, it was very much an expression of women’s music, of being inclusive of the LGBTQ2+ community, and of environmental awareness.

“Even in the very early years we were washing plates instead of throwing them away.”

Those foundational ideals have set ground rules, she says, creating an environment of comfort for a lot of people. 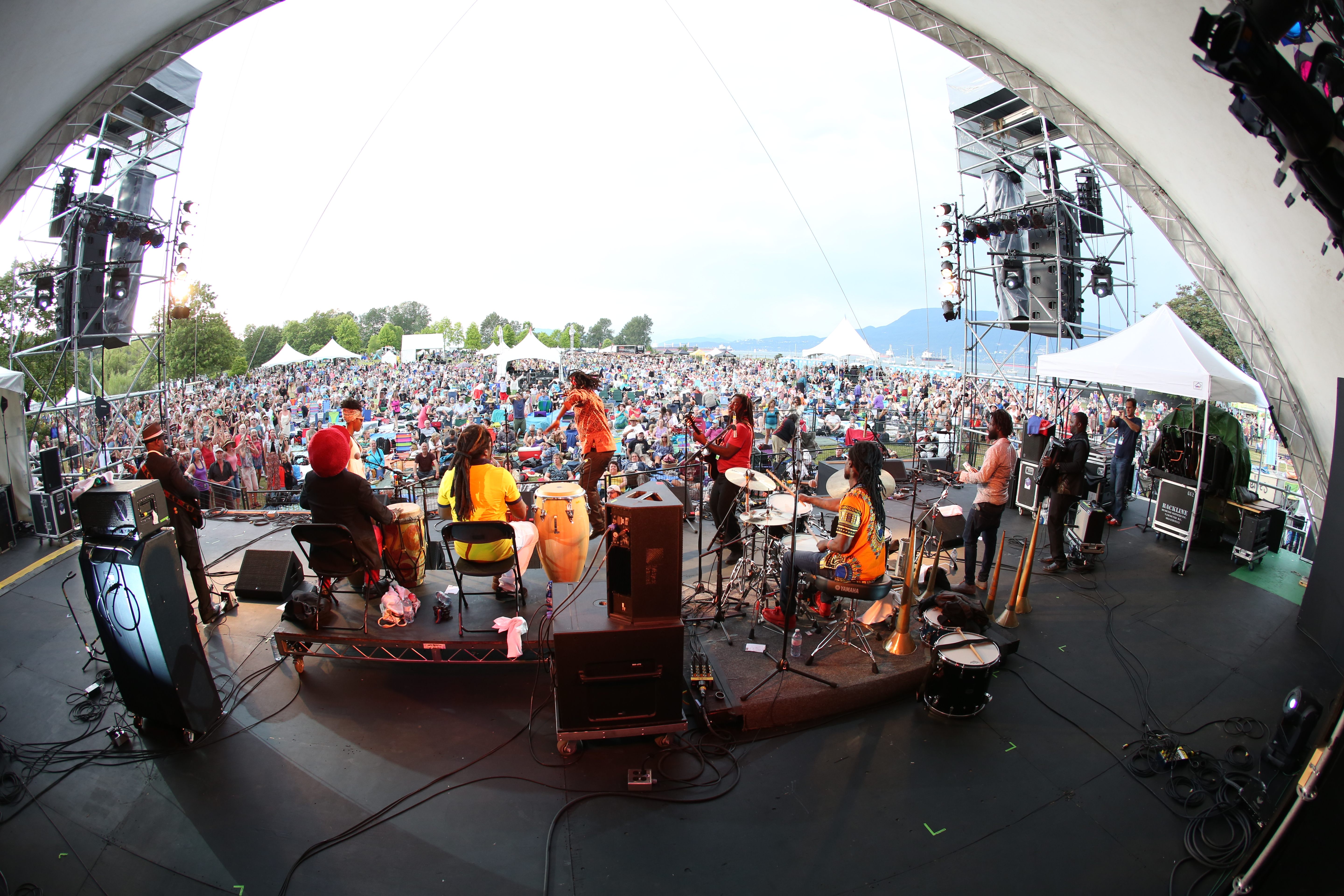 Outside mainstream
Kevin Howes is the creator of Native North America, a Grammy nominated album that features 24 First Nations, Metis, and Inuit folk rock and country musicians and poets from between 1966 to 1985. And he says folk festival audiences are usually receptive of voices outside the mainstream.

“It’s very important right now for Indigenous voices to be heard, and music, as we know, is such a great connector.

We have a lot to learn from each other,” he says. “Music brings people together and these stories should be heard loud and clear across the land.”

Five artists from the album, which was released in 2014, will perform at the Folk festival. The album features music, poetry, words, and archival music compilations, and a variety of funk rock, country, and poetry.

“He read a series of poems, one of which focused on the residential school experience from an Indigenous perspective, and he had thousands of people in tears,” he says. “These are words and music that will affect the hardened soul regardless of your background, it will be a very special gathering.”

This year’s festival features past performers and first timers, sixty total music acts with roots in 20 countries, from 10 U.S. states, and 9 provinces performing on seven stages.

In celebration of Canada 150 and the fest’s 40-year anniversary, the festival will start with a few Thursday night concerts from 7 p.m. to 9 p.m.

Inclusivity and diversity
Linda Tanaka, artistic managing director of the fest, says that the opening concert will include 40 songs, ranging from Canadian folk classics, to Indigenous and Francophone songs.

She says she always tries to pick artists that have songs with distinct messages.

“I always…try to include diverse artists, I think that is something people have come to expect from the festival, so I try and be respectful of its origins,” she says. “Our festival is really where you go and discover new music.”

“It was different times and very idealistic, we try to continue that and try to be respectful of where it came from.”

International performers include Ramy Essam, an Egyptian advocate and artist living in exile in Sweden and Emmanuel Jaul, a former child soldier from South Sudan.

“There’s all those little undertones of politics, human rights issues, that we try to bring to the festival,” she says. Tanaka is also in the works of putting together a stage that will feature female Indigenous artists from Vancouver. 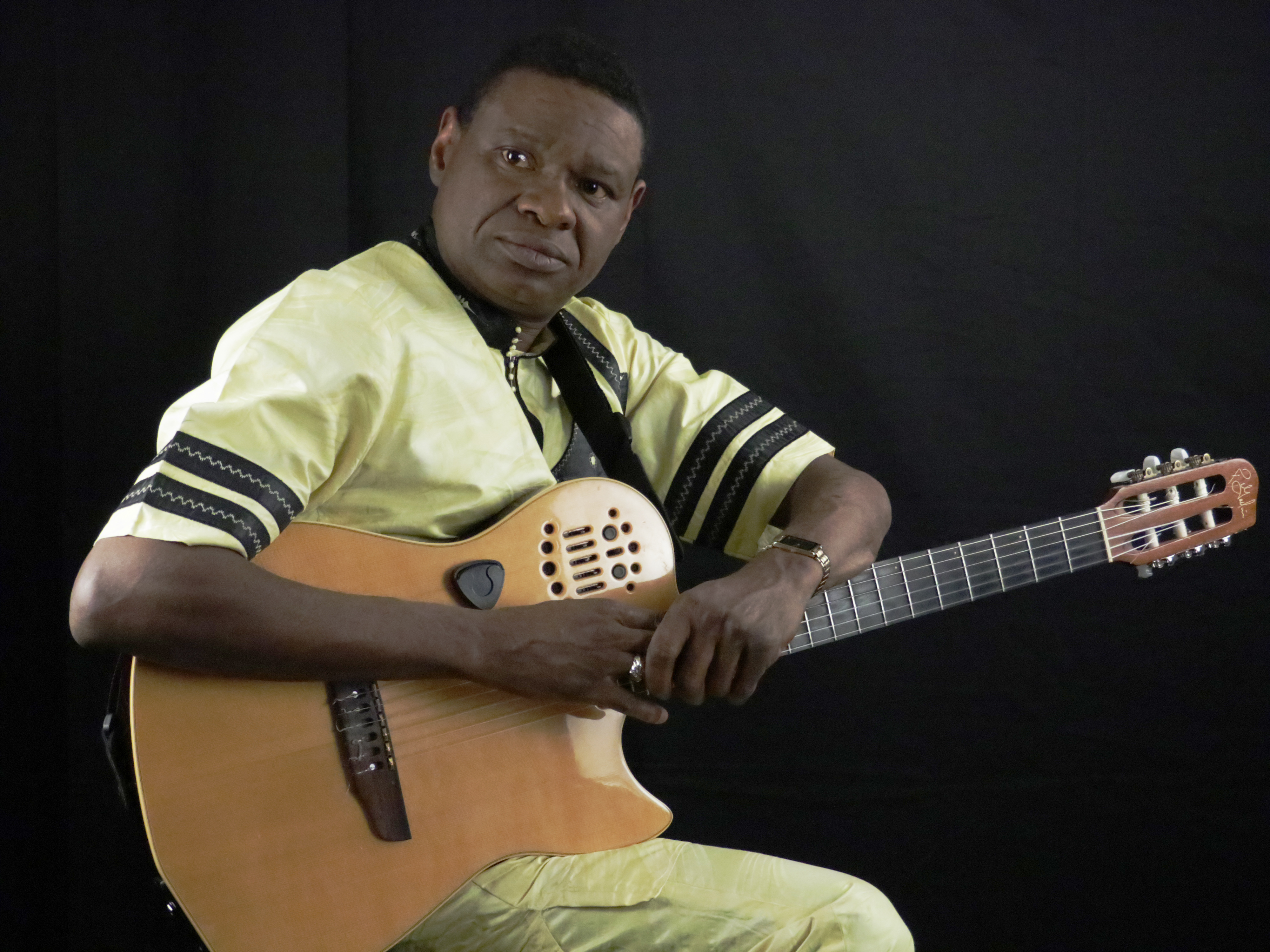 Alpha Ya Ya Diallo returns to the folk festival stage this year.

Forbes began his career out of Dawson Creek, coming to Vancouver in 1971. He’s performed at the Folk Fest many times over the years, and says though its changed some, the ideals remain the same.

“It’s bigger now…I can remember being there and performing and sitting out in the audience with a fair crowd, but not being hemmed in, marvelling at Sweet Honey and the Rock performing on the main stage,” he says.

In his mind, the festival has been its own headliner.

After coming to the big city of Vancouver as, in his own words, a guy with a guitar, he’s seen his share of success in a career that spans 46 years—including having a street named after him in Dawson Creek. He credits Vancouver’s diverse musical offerings for much of his musical development in his early career.

“I discovered blues and I discovered folk, people coming in from all around the place, my head spun for the first couple of years. All of a sudden all this music was just around the corner.”

After losing his vision in an accident about a year and a half ago, Forbes says he’s had a creative resurgence.

“Music pulled me through … music really did, it’s a healer.”

He’s looking forward to showcasing some of his old favourites, as well as new songs written in the past year.

He says music has long been a means to voice dissent, since artists like Woody Guthrie and Pete Seeger in the 40s and 50s.

“I think it’s what it’s always been, you speak out. It’s just as simple as that, we’re going to hear a lot of that at the festival,” he says. “That’s it, speaking out, singing out, and then it goes from there.”

The festival will also have a range of artisan vendors, a Community Village, and a Little Folks Area. A number of community tickets are also available at discounted prices to nonprofit organizations and low-income individuals and their families.

Megaphone is giving away two weekend passes for the Vancouver Folk Music Festival!

To participate buy a copy of our Voices of the Street book, or pick up your copy if you've already bought it, and follow these instructions!