join us donate
LOG IN or SIGN UP
Liquid syntax error: Error in tag 'subpage' - No such page slug join
find a vendor
December 13, 2021
by Nicolas Crier follow this author
photos: Top: Kris Cronk shares his experiences at a Speakers Bureau event in 2019. Megaphone file photo. 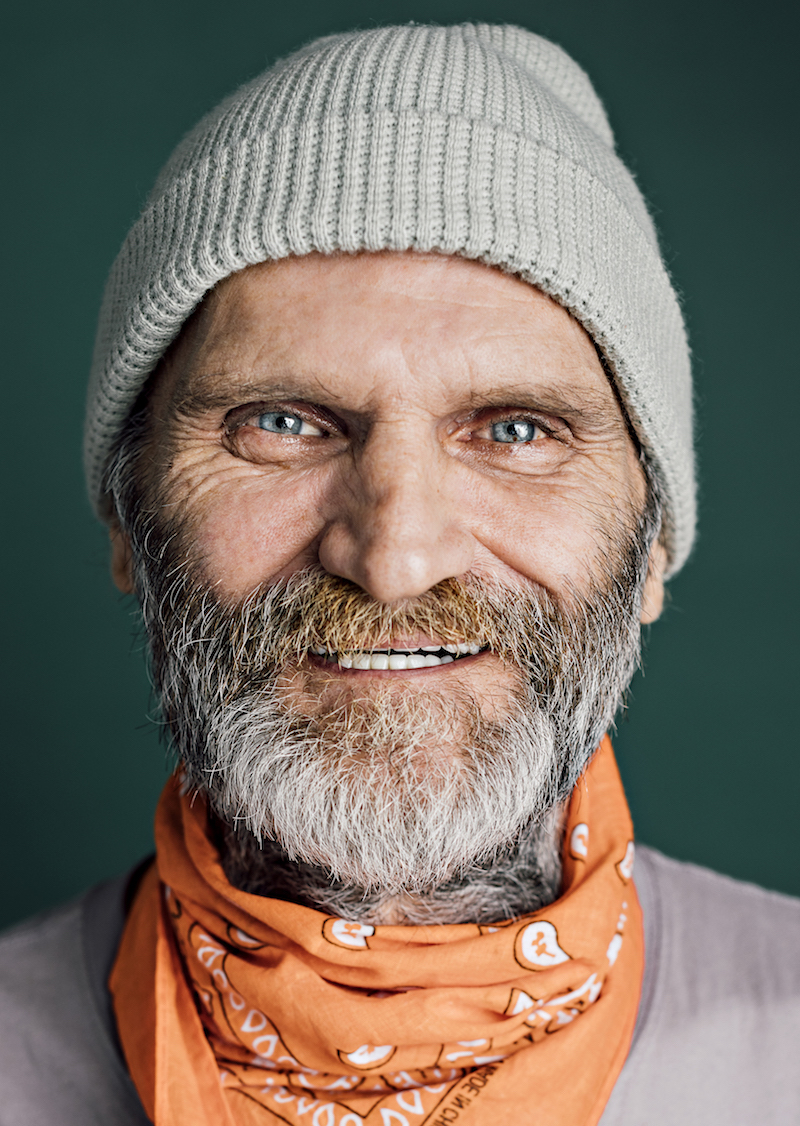 Megaphone will be hosting a virtual memorial for Kris Cronk on Thursday, Nov. 18 at 1 p.m. If you are interested in attending, please contact Megaphone for details: 604-255-9701 or email [email protected]

Like everyone, Kris Cronk—Megaphone’s 2021 Vendor of the Year—has a story.

However unlike everyone, his was so unique and inspiring that just about anybody who ever heard him tell it, in that shy, empowering inflection of his, was happy to admit they were altogether changed people.

I started calling it “the Holt Renfrew Lady effect,” named for Kris's personal saviour of sorts, a woman who worked at the namesake store and was kind to him while he was panhandling and who stood up for him when others tried to keep him down.

“Don t worry Kris,” she told him, “one day you will get up from that spot and get on with it.”

And that is exactly what he did.

Now that he has left us—the wider Megaphone community throughout Vancouver that surrounded him and supported his self-determined rise to accomplish great things, and now mourn this terrible loss—I would never try something as ridiculous as thinking I could ever tell his story. But I’ve heard it enough times to be familiar with the main points of reference. So…

He lost his father, his mother, and later, was estranged from his wife and kids. He was trapped in the darkness of drugs for a long time, disillusioned to the point of panhandling… and yet he took this as an opportunity for honing his psychological analysis of people passing by, betting on who would drop change or who would kick him in the teeth. He would actually care about the people he was humbly asking for small pocket change from, knowing full well the odds of them returning that consideration were small.

It was amazingly simple and straightforward, like a Buddhist monk. I always liked that about Kris; he was a no-nonsense kind of guy.

I remember sitting alone one late afternoon at 312 Main and typing up the more than 100 comments and questions asked of Kris (or congratulating him on his many victories) from the open dialogue portion of the many successful Speakers Bureau workshop presentations he did as a Megaphone storyteller, addressing such consortiums as the UBC School of Dentistry or Community Action Initiative, including his carefully handwritten answers to the questions we ask of audience members—What resonated with you about Kris’s story? What connects you to his story?—each one posted lovingly on a flip chart like confetti, all these colourful sticky notes.

The comments were all resoundingly positive, and filled with hope and words of encouragement and gratitude for Kris’s sharing of his story having awakened a new and refreshing understanding within themselves.

This was truly profound for a panhandler who decided to start selling a local street magazine.

Again, that is just who he was—a nice guy, totally unpretentious about his obviously impactful spirit.

I remember thinking to myself: how fortunate I am, to have this intimate glimpse of the real truth of this man, a sometimes hard truth, which he so graciously offered as a means of raising awareness of our simple, yet complex speaker campaign: “Drugs aren’t the problem, it’s how we treat each other.”

Kris took that tagline seriously and I can honestly say, never wavered in any way whatsoever from that pioneering mission. I mean, the guy was at every single Speakers Bureau  meeting from the day the program started in January of 2018. I don’t think I even made every meeting... and I was the program coordinator.

Anyway, from growing his reputation through his home base at Megaphone, to helping people find a home through his outreach work with various organizations, to just chilling at home in the nice new apartment he had recently moved into, Kris was just a friendly, quiet man with a powerful story and a way of sharing that moved people to gushing emotions and introspective reverie. He was a good friend and a great speaker, and I for one will always remember him as a true champion of the Downtown Eastside community.

Here’s to you Kris! And of course, Holt Renfrew Lady. Rest in peace, my friend. 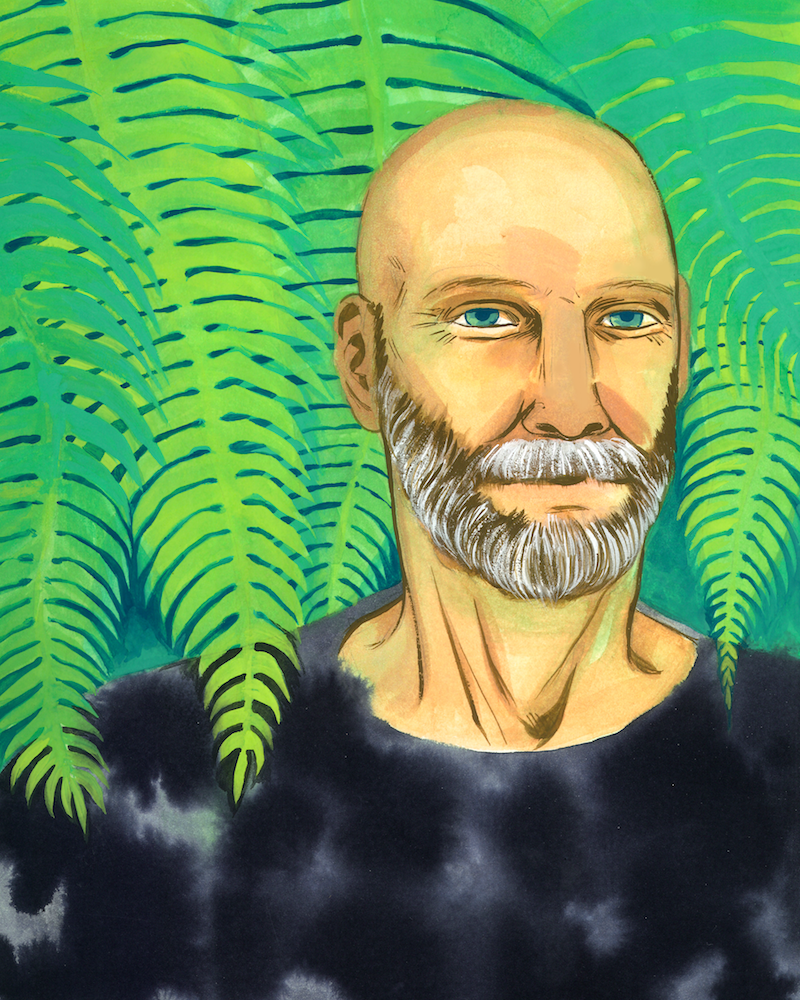 Above: Artist Tajliya Jamal created this beautiful portrait in memory of Kris Cronk. Says Tajliya: 'I was thinking about ferns being understated yet integral to their ecosystems, and how they both protect and sustain the animals around them. They make me think of how much Kris supported the people and communities around him.’ Tajliya recently collaborated with Kris in Megaphone's Beyond the Frame project.