join us donate
LOG IN or SIGN UP
Liquid syntax error: Error in tag 'subpage' - No such page slug join
find a vendor
June 20, 2011 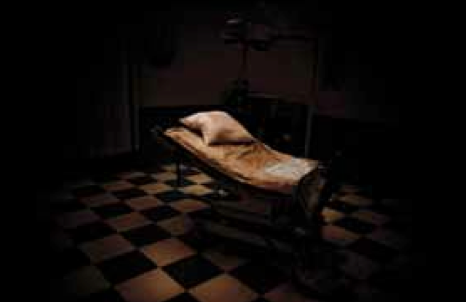 For years I suffered from schizophrenia. It was so bad I was scared to go out and sell the paper (it was called Spare Change at the time). Some days were good, some were bad, but I had to go out and work to survive, even though I was paranoid, hearing voices and thought people were talking about me or staring at me.

I ended up losing my confidence to socialize, but maintained lifelong friendships, particularly with those that worked to show an interest and concern with my life. I think of Doreen and Nels, who befriended me during these difficult times, and the regulars and staff at the Sylvia Hotel, a favourite hangout of mine. I had met many of these people after I turned to alcohol to cope with my mental condition.

Eventually, the schizophrenia got worse, coming in frequent attacks. One morning my mind snapped. I swallowed pills, many more than the five that my psychiatrist had prescribed. I popped those pills, then spent the rest of the day drinking.

The days that followed were awful. I was so out of it I couldn’t bear to answer the phone. On Saturday, three days after taking the pills, I called a cab to take me to the hospital. I waited for it to arrive, wearing nothing but a housecoat and shorts. When the driver arrived, I couldn’t even leave my apartment. He had to come up to my suite to get me, gather my belongings and gather money for the trip from a jar. He then drove me over to St. Paul’s Hospital.

Less than an hour after being admitted, I slipped into a coma. My family was notified and told that I was not expected to live. I was rushed to surgery. My mother stayed by my side. It was touch and go throughout the night.

By the next morning the rest of my family was at the hospital as well, praying and crying.

The praying, I believe, saved me. I woke up two weeks later, asking for family and friends. My dad and his wife, Maria, came to see me, tears streaming down their faces when they saw me awake, sitting up in my bed. Dad was so excited he wanted to take me home for his 75th birthday, but the doctors wouldn’t allow it.

I remained in ICU for 10 days before being transferred to Venture, a mental care facility, where I was transitioned onto new medication. Two weeks later I finally returned home. I had to learn how to do things all over again. Six weeks later, I returned to the streets to get back to work and sell the paper.

During that time, friends and family were extraordinarily kind to me. Dad and Maria had me over for dinner several times, my mother showed great concern over my recovery and my closest friends accompanied me on walks throughout the West End and along the seawall.

Returning to work helped the most. Getting back to the old Produce City, seeing staff and regular customers, was restorative. I was greeted by warm welcomes, handshakes and hugs. There was just so much generosity.

I’ve been given a gift. I now welcome customers at Choices Market. People know me to be a gentle, sensitive and caring person, and friendships have blossomed.

Now I can pass on the lessons I learned from this experience. If a crisis arises, and your family cannot help, seek counselling. Go to a neighbourhood care team, see a psychiatrist or call the Mental Health Emergency Services line at (604) 874-7307. They will help you. They sure helped me.