A story about 'Sam' 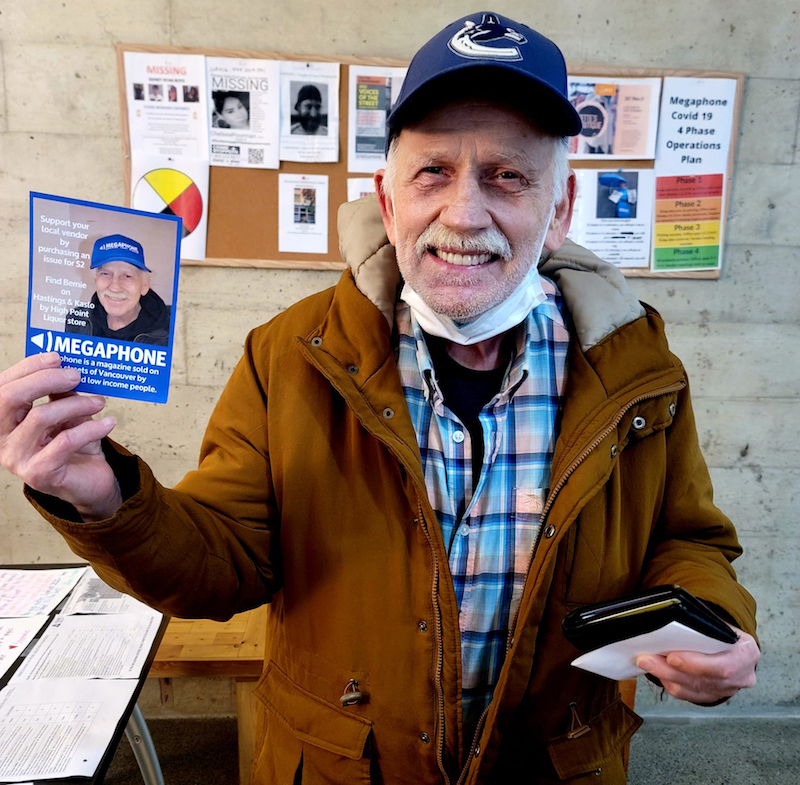 For musician and Megaphone vendor Bernie Bouzane, his original songs often take up the tempo of real life

Bernie Bouzane  is a long-time Downtown Eastside resident who has been a part of the Megaphone family since 2015. He was born in Newfoundland—the third-oldest of seven children—was raised in Kitimat, B.C. and came to Vancouver in 1973.

He’s worked in the dry ice industry, run his own businesses and was the maintenance supervisor at Mica Dam north of Revelstoke.

“I play almost every musical instrument there is,” he says. “Guitar—bass and rhythm—violin, organ, piano, accordion, banjo, harmonica, drums.”

He still has an electric guitar at home, though he doesn’t crank it up too loudly these days.

Bernie also writes poems, many of them songs. Several have been published  in Megaphone magazine and the Voices of the Street literary edition. He started taking music lessons when he was 16 years old, paying for them himself. As a young man, he played in several bands.

“Organized Confusion was the main one,” Bernie says.

He stopped by the Megaphone office in January to drop off the lyrics to his latest tune, which we’ve published below. Is the 16-year-old who got kicked out of school by a principal named Magraw autobiographical?

With note in hand

“Sam did wrong, he does not belong

He’s caused so much distress

Sam wore clickers on his boots

And he’s made me

So please consider him hereby

Expelled from this school

You’re a disgrace to your classmates

You've made me lose my cool

This will be the last day

Clickers on your boots.”

You’ve made me more astute

Was a patient man they say

But his face turned red

Upon that fateful day

He hollered as he shook

As he wrung his hands with wrath

He said, “I’ll teach you Sam

You know I can

You must walk a different path.”

His spirits sank so low

How he could live another day

Without his boots He didn’t know

He paid a pretty penny

From his paper route

For the jet black boots

For the fashionable crew.