join us donate
LOG IN or SIGN UP
Liquid syntax error: Error in tag 'subpage' - No such page slug join
find a vendor
December 08, 2022 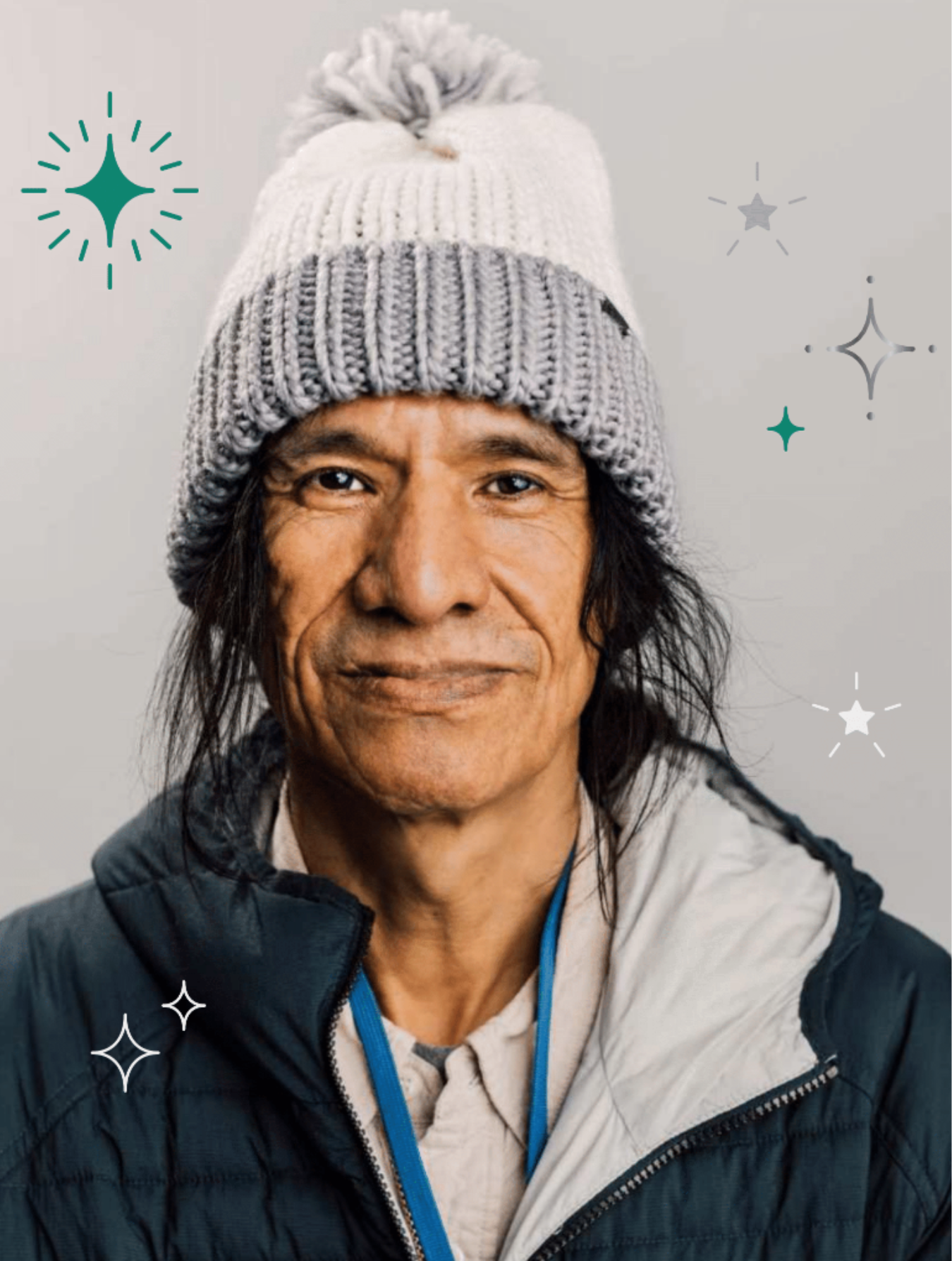 Here's what Executive Director Julia Aoki had to say in the December special holiday edition of Megaphone magazine about how The Bear Whisper shines his light:

"The Bear Whisperer is a gifted poet and storyteller. He often comes into the Vendor Hub with a freshly scribed verse or two, capturing a vivid memory from his childhood in Rocky Mountain House, Alberta, or an unflinching portrait of his life in the Downtown Eastside. Whatever topic he turns his attention to, you know you're in the presence of a natural and keen observer, someone who is as curious about the world around him as he is about his own deeply felt responses. If you're lucky, he'll read a poem aloud to you in the Hub, looking up intermittently to expand on a thought, making sure you are following along. I will always be grateful for the moments that I was in his audience and given a peek into his life of adventures--to hear the song of a tornado or walk through the Rocky Mountains, and to be swept up in the curious mind of The Bear Whisperer" 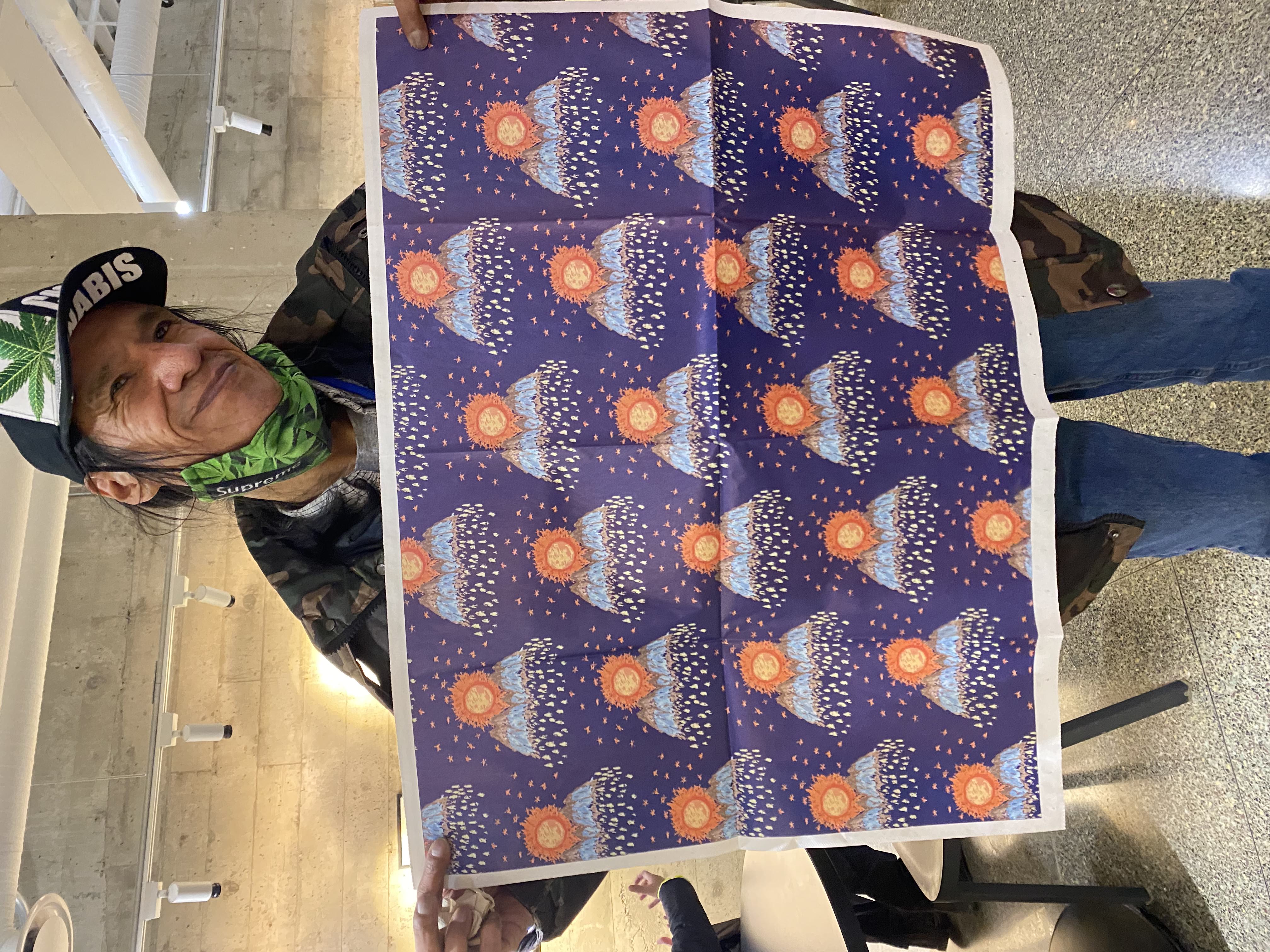 One of the sheets of FREE wrapping paper included in your December magazine is titled Blue Christmas over the Algonquins and was designed by The Bear Whisperer, a Megaphone vendor and storyteller of over eight years.

The Bear Whisper (Cree) is originally from Rocky Mountain House, Alberta and now lives in Vancouver's Downtown Eastside neighbourhood. He takes his name from surviving an encounter with a grizzly bear in the wilderness of Revelstoke many years ago.

But this is just one of his fascinating experiences. He's also seen a Sasquatch up close and personal, has bone-chilling tales of encounters with the spirit world and knows how to survive on a trapline through a fierce winter.

Since 2007, he has been a community gardener with Hives for Humanity, a non-profit society that creates opportunities for community connections through nature, bees and the culture of the hive.

The Bear Whisperer is a prolific writer and has been published numerous times in Megaphone magazine and the Voices of the Street literary anthology. This year, he had his first photo printed in the Hope in Shadows calendar and designed a beautiful sheet of wrapping paper featuring his artwork titled, Blue Christmas Over the Algonquins.

The Bear Whisperer is fluent in Cree, an ancient Algonquian language still spoken by about 75,000 Indigenous Peoples across Canada.

The December special holiday issue of Megaphone magazine is now being sold by vendors!

Find a vendor near you to purchase your copy for $2 and receive 2 FREE sheets of vendor-designed wrapping paper: www.megaphonemagazine.com/find_vendor