join us donate
LOG IN or SIGN UP
Liquid syntax error: Error in tag 'subpage' - No such page slug join
find a vendor
July 16, 2012 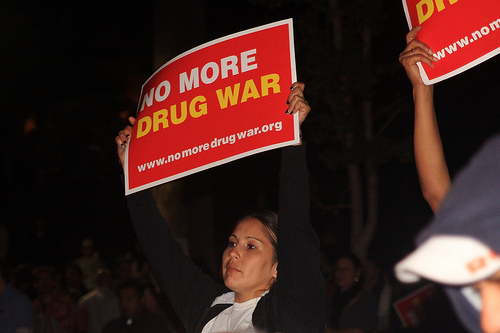 The global war on drugs has failed: repressive drug control policies and under-funded harm reduction initiatives are driving the HIV epidemic in many parts of the world, according to a recent report released by the Global Commission on Drug Policy.

“If the kind of intensive drug law enforcement that has been practiced under the global war on drugs was achieving its stated objectives of meaningfully reducing drug supply, one would expect that increasing anti-drug expenditures would coincide with higher drug prices, decreased drug potency and fewer drugs available overall,” reads the report. “However, evidence from around the world indicates this has not been the case.”

The report, supported locally by the Vancouver-based Canadian Drug Policy Coalition, the B.C. Centre for Disease Control and B.C. Centre for Excellence in HIV/AIDS, calls for leadership within the United Nations system to promote evidence-based response to drug use and related harms. It also calls for an independent external review of organizations such as the International Narcotics Board to ensure its policies promote, rather than worsen, community health and safety.

The report suggests that public funds are wasted on drug law enforcement efforts and should be diverted instead to HIV prevention strategies, pointing to B.C.’s response to the 1990’s HIV epidemic in the Downtown Eastside as a successful example.

The situation is especially pressing now, particularly south of the border. The State of California has been ordered by the Supreme Court to release more than 30,000 inmates over the next two years to ease massive overcrowding — the United States has the highest prison population in the world, at over two million people.

It has been widely documented that incarceration is a risk factor in HIV infection, and frequent incarceration of people who use drugs hinders them from seeking testing and treatment.