join us donate
LOG IN or SIGN UP
Liquid syntax error: Error in tag 'subpage' - No such page slug join
find a vendor
August 14, 2013 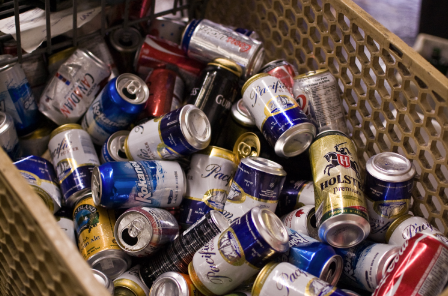 After a day of walking I excitedly careen to the bottle depot and cash in I figure, I walk I might as well make a buck doing it. So I pick up cans and recycle. “You can learn a lot, looking in garbage cans.” “It’s a boon” I often chide when I find cans. Oh! believe me I’m always on the look-out for my competition on Granville St. I figure I’m walking anyway I might as well make a buck while I’m doin’ it! I’m ahead of the game it’s more than I had when I walked out the door!

It’s an education, learning how much each can and recyclable is worth.

A beer can is worth 10 cents.
A soda can is worth 5 cents.
Over one litre is 20 cents.
No milk products.
No Dasani water bottles (plastic).
Glass is 5 cents
except alcohol, always 10 cents.
Unless the jugs are greater than one litre.

Those boys don’t mess around. There is a systematic protocol — “We’re doin’ business” all tryin’ to make a “buck.” You’ll learn the hard way, but you learn.

White Lightning participates in Megaphone's creative writing workshop at Lifeskills. This poem was originally published in The Root Cellar, a chapbook featuring work produced by Lifeskills writers between May and July 2013.