join us donate
LOG IN or SIGN UP
Liquid syntax error: Error in tag 'subpage' - No such page slug join
find a vendor
June 23, 2011 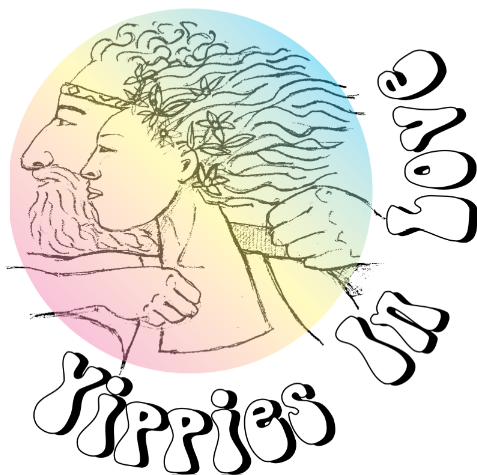 Vancouver, like all cities, is a place where opposing moral frameworks, values and lifestyles uneasily occupy the same confined spaces. At present, a year past the Olympics, the battle for social housing in the Athlete’s Village can be broken down to one central question: what kind of person should be able to live downtown?

Theatre in the Raw’s upcoming production of Yippies in Love, running June 22 to July 2 at The Cultch, spotlights a time in Vancouver’s history when the same question brought activists and the establishment to a battle for the streets of Gastown.

While hippies were old news by 1971, the largely more conservative residents of Gastown were alarmed when the counterculture began to arrive from East Vancouver and Kitsilano and set up in their own backyards.

The newcomers, in turn, were welcomed by a barrage of undercover marijuana busts and other police hassling for minor offences. This crackdown attracted the attention of the Vancouver Yippies, a largely autonomous branch of the Youth International Party notable for their pranksterish direct action campaigns and anarchist organizing model.

The Gastown tensions exploded into a police riot in August when police attacked a smoke-in organized against the criminalization of marijuana in particular, but counterculture lifestyle and morals in Gastown in general.

Yippies in Love is an original musical that follows two counterculture revolutionaries through the political and emotional turmoil of August 1971 in Vancouver. Danielle St. Pierre and Steve Maddock take the leads with direction by original Theatre in the Raw founder Jay Hamburger. Script and lyrics are written by Bob Sarti, with music from Bill Simple.

A company with a mission to create diverse, empowering and community-focused productions, Theatre in the Raw got its start performing one-act plays out of a café on Commercial Drive 16 years ago. Later, the company toured B.C. and held free outdoor performances at Grandview Park before expanding towards full length, mainstage shows. This diversity of theatrical media reflects a diversity of tactics which the Vancouver Yippies relied on and celebrated as the core of successful activism.

The company’s emphasis on creating space through theatre for voices seldom heard is extended outwards though new social media in the lead-up to this production. Video and commentary about this period in Vancouver’s activist history are available on the Yippies in Love Facebook page, and writer Bob Sarti composed a 171 chapter sub-story on the show’s Twitter feed.

Far from being a nostalgic trip back to the heyday of Vancouver activism, Yippies in Love is an empowering recognition that, since the question of who should live in our city is still very much on the table, creativity and diversity are still the best tactics to assert our place.

Yippies in Love runs from June 22 – July 2 at The Cultch. For showtimes and ticket information, visit TheCultch.com.